Greater Knoxville Sports Hall of Fame class of 2019 inductee Terry Brown was a member of the 1985 Sugar Vols and is now officiating in the NFL. 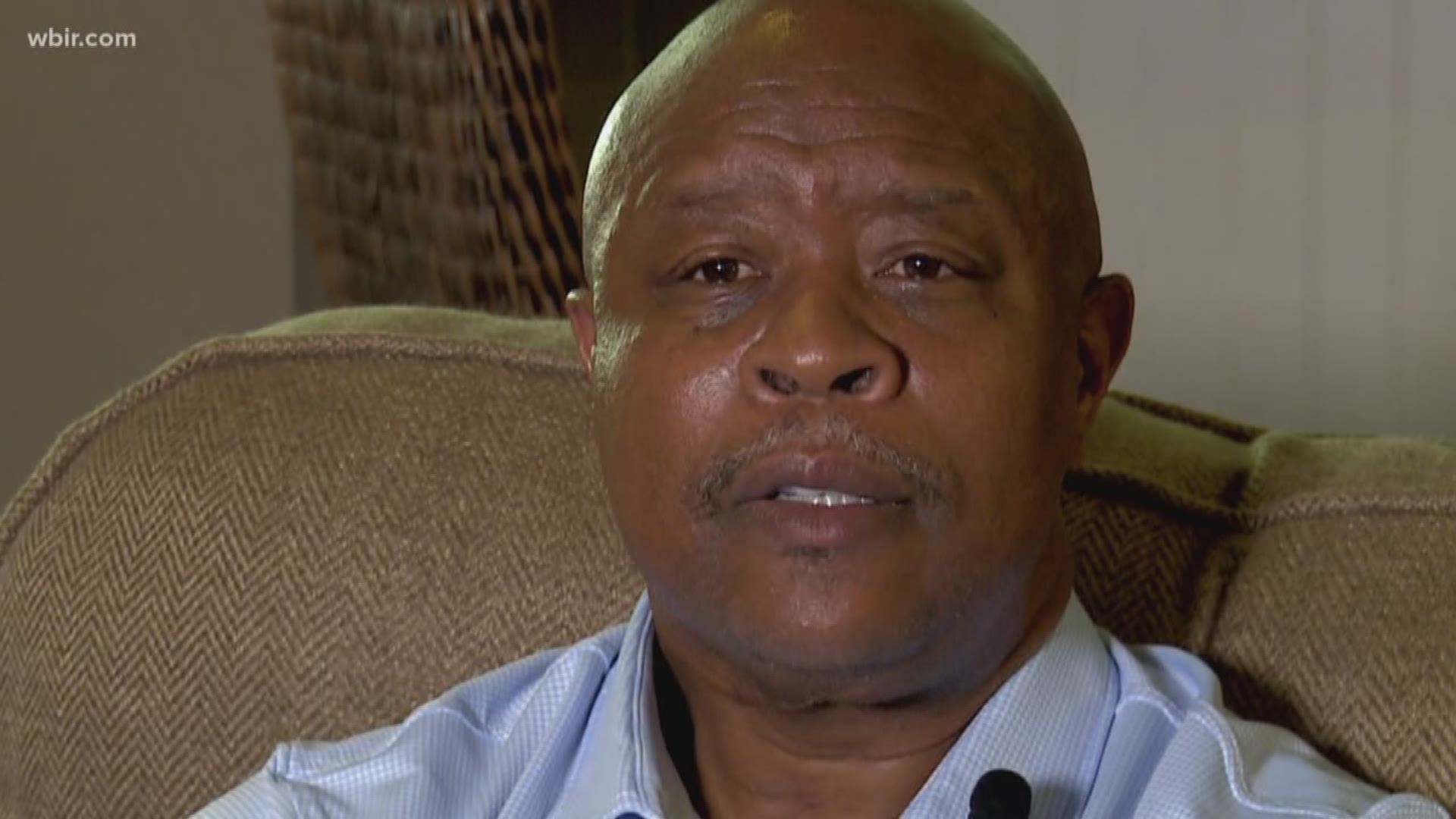 KNOXVILLE, Tenn. — Growing up in Macon, Georgia, if you ever needed to find Terry Brown, just check Southwest High School.

"I played basketball, football, baseball and track," Brown said. "It was once upon a time the largest high school in the nation."

Sports helped him stand out and catch the eye of Johnny Majors and the Tennessee Vols.

"Man it was such a thrill feeling the excitement from the environment, the atmosphere," Brown said.

Originally a QB, Brown transitioned to a DB, starting for the Vols and helping lead the team to its first SEC title since the '60s as a member of the famous Sugar Vols. He even put a few hits on Heisman Trophy winner Bo Jackson when Tennessee upset no. 1 Auburn.

"Oh we were gang-tackling Bo, we were all over him like a cheap suit!"

Brown traded in the mountains of East Tennessee for the beaches of San Diego... a chance to be a pro. The 1987 Player’s strike cut his time with the Chargers short. He wanted to find another roster spot but his body had something else in mind.

"Unfortunately, I was diagnosed with a ruptured disc in my neck. Being a defensive back, the doctor told me potentially how deadly it could be. One more lick could literally be my last one," Brown recalled.

He returned to Knoxville and finished his degree but it’s hard to leave football behind.

"Some of these guys talked me into refereeing basketball," Brown said.

Basketball turned into high school football with the TSSAA which turned to working with the Southern Conference, then the SEC, then NFL Europe and now Brown is entering his 14th season officiating in the NFL.

"Officiating was not something I even though about because as a player my philosophy was it was better to cheat than get beat," Brown said.

But here he is trading his No. 14 football jersey for No. 43 in black and white stripes.

"Even though I’m a football official now, that competitive spirit still comes up and there are times early in my career as an official I thought, I can still play this game," Brown said.

With the majority of his life revolving around that pigskin, the question becomes why? Why does he stick with this game?

"That’s pretty simple, the love of the game, it has been a constant provider. Still being a part of the game I love, really and truly if I could retire, they could carry me off the field on a stretcher, that would be suffice for me," Brown said.

Brown would love to officiate at the highest level, the Super Bowl, one day. Last season, he officiated the AFC Championship game in Kansas City between the Chiefs and Patriots.

Brown will be inducted into the Greater Knoxville Sports Hall of Fame on Thursday, July 25. Tickets to the dinner and ceremony are still available at gkshof.org. Duke head coach and former Vols offensive coordinator David Cutcliffe will be the guest speaker.