'I want my basketball players to say he was a good man': Jody Wright and the Fulton Family

The Fulton coach will be entering the Greater Knoxville Sports Hall of Fame on Thursday. He says there's no time to reflect. 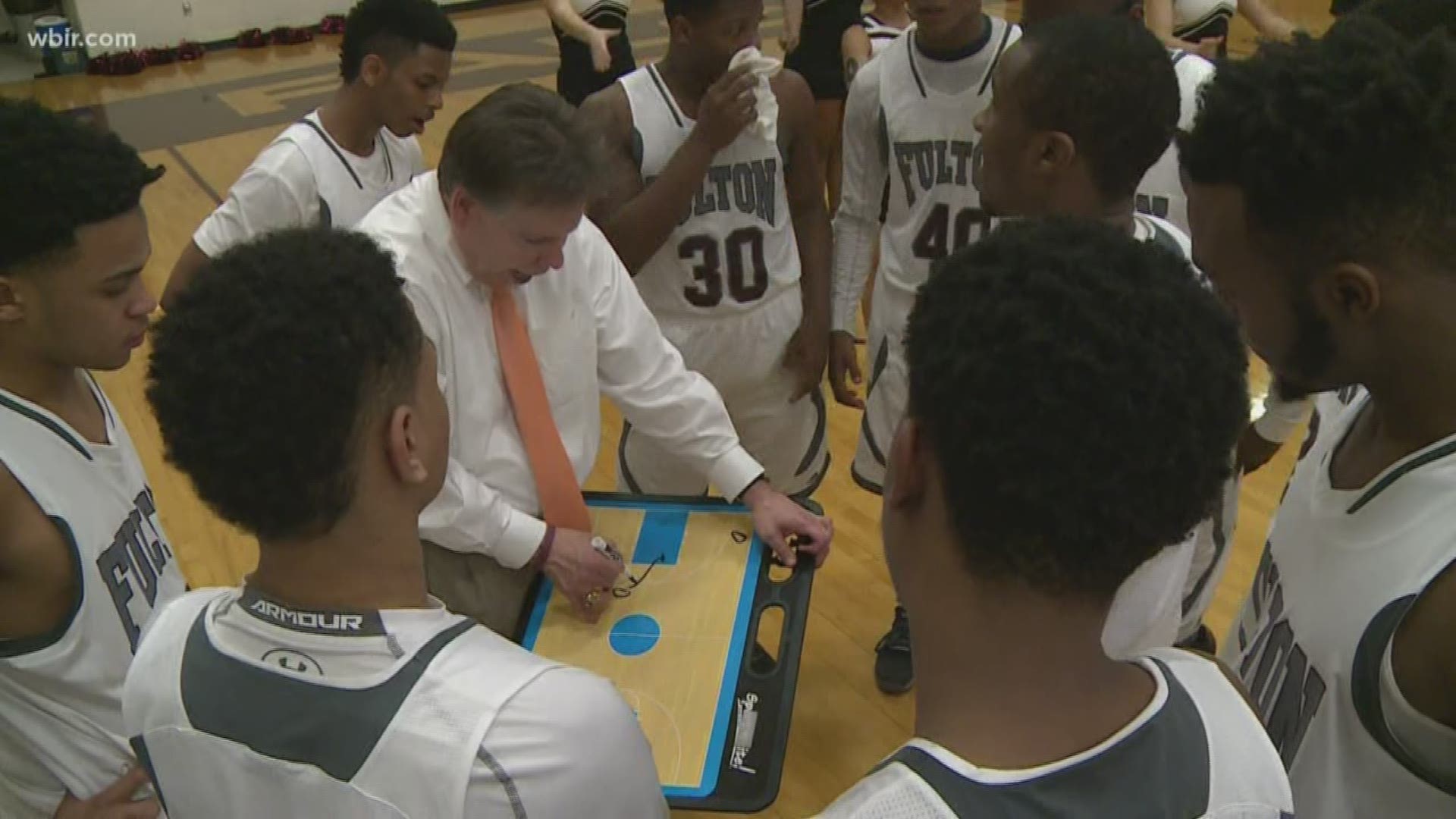 KNOXVILLE, Tennessee — The Greater Knoxville Sports Hall of Fame prepares to add another group to its hallowed halls. Fulton head basketball coach and athletics director Jody Wright will do most of the talking. It only makes sense, he's been representing Fulton for more than three decades.

It wasn't the smoothest start for the former LMU player.

"Summer of 1985," he said with a laugh in his office. "Spent about ten minutes talking with the principal and they said you need to go see Coach Black, he hires the coaches."

Coach Bob Black, the athletics director at the time, worked at Alice Bell Pool in North Knoxville in the summer (he still does). The interview was... interesting.

Good news, he got the job, and why wouldn't he? Wright is a protege of former Belmont head coach Rick Byrd.

"(I) Played basketball up in college up in LMU and knew at some point the ball was going to stop bouncing, but I wanted to stay involved."

Even with Byrd's influence, Wright said he was shaped the most by Fulton's own Bob Black and Steve Brewer.

"It's not about how many championships you can win, it's about the impact you can have on really young men. 10 years from now players will forget the plays you ran, but they'll be able to tell you exactly what kind of man their coach was."

As for the championships, Wright and the Falcons have been to eight title games, coming out on top three times. As for the impact on young men, it's bigger than any trophy or hall of fame induction.

"At the end of the day in the coaching world, the word we use there is difference and if a young man says there he made a difference... what a better compliment you could have?"

For Wright, it's family: his Fulton family, his wife and kids and the players who all made their way through the gym. Now is not the time for reflection, but when that time does come, there's no question what he'll look back on.