Vols quarterback Jarrett Guarantano had a bounce-back performance against Chattanooga on Saturday. The redshirt junior said he went to his family after starting 0-2. 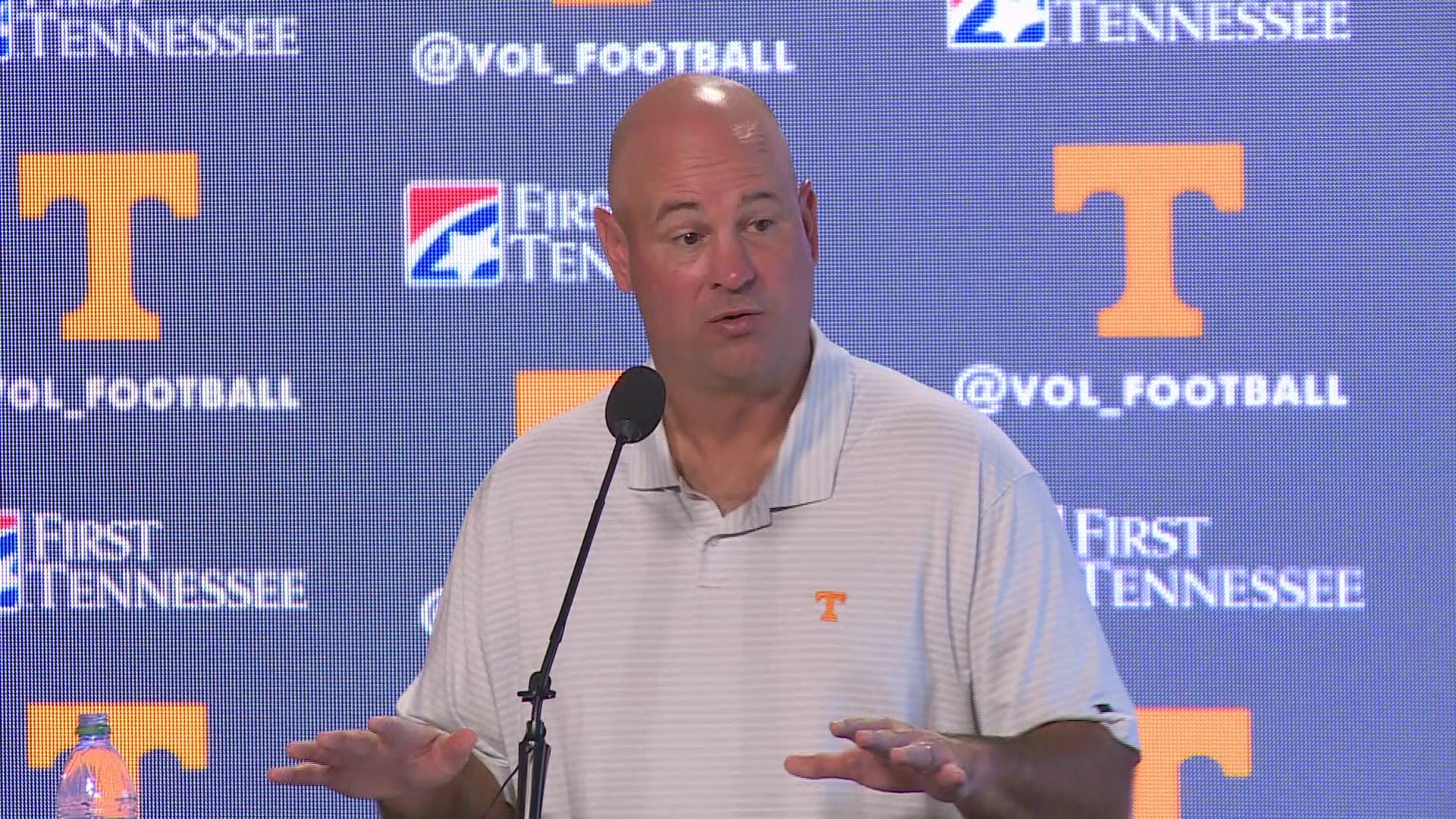 KNOXVILLE, Tenn. — On the first play of Saturday's game against Chattanooga, redshirt junior quarterback Jarrett Guarantano threw a pass that Mocs defensive back Jordan Jones almost intercepted. Had Jones held on, it would have been the Tennessee quarterback's third interception in three games. Guarantano took full advantage of the mulligan and did not throw an incomplete pass for the rest of the afternoon.

The Lodi, New Jersey native finished with 142 yards and three touchdowns. The Vols led Chattanooga 38-0 at halftime, making it unnecessary for Guarantano to play in the second half. One can only imagine what he would have done.

Despite the limited action, Guarantano maximized production with his time on the field. This comes after throwing critical interceptions and missing open receivers against BYU and Georgia State. The support of his loved ones led him through the slow start.

"Luckily, I have a really great family and girlfriend. And my friends are excellent and just being able to go away to them and get away from this stuff. It really helps me a lot," Guarantano said.

He drew a large amount of criticism for his performances in Tennessee first two games. Fans blamed Guarantano for the Vols 0-2 start and demanded that backup quarterback Brian Maurer get a chance to start at quarterback.

"It can get rough out there sometimes. But, I'm happy that I have the support system that I do and my coaches and my teammates always have my back and I'm definitely very grateful for that," Guarantano said.

"There's no doubt, if you've been around our program for the last six months, who the best quarterback on our team is," Vols head coach Jeremy Pruitt said in defense of Guarantano the Monday before the Chattanooga game.

Pruitt maintained that confidence after the 45-0 drubbing of the Mocs.

Related: Photos: Tennessee picks up its first win of the season in Neyland

"He’s always encouraging me, but he’s also always getting on me about certain things," Guarantano said about Pruitt. "I continue to ask him to keep being hard on me because I think it’s going to make me a better player.”

With the SEC portion of Tennessee's schedule looming, Guarantano knows throws like his first one against Chattanooga will not suffice. However, he believes that he has his groove back.

"There were definitely some trying times, but I learned more about myself in these past two weeks in these trying times than I ever have. I had never been through something like that. I’m happy to get over the hump and start to feel like myself again," he said.