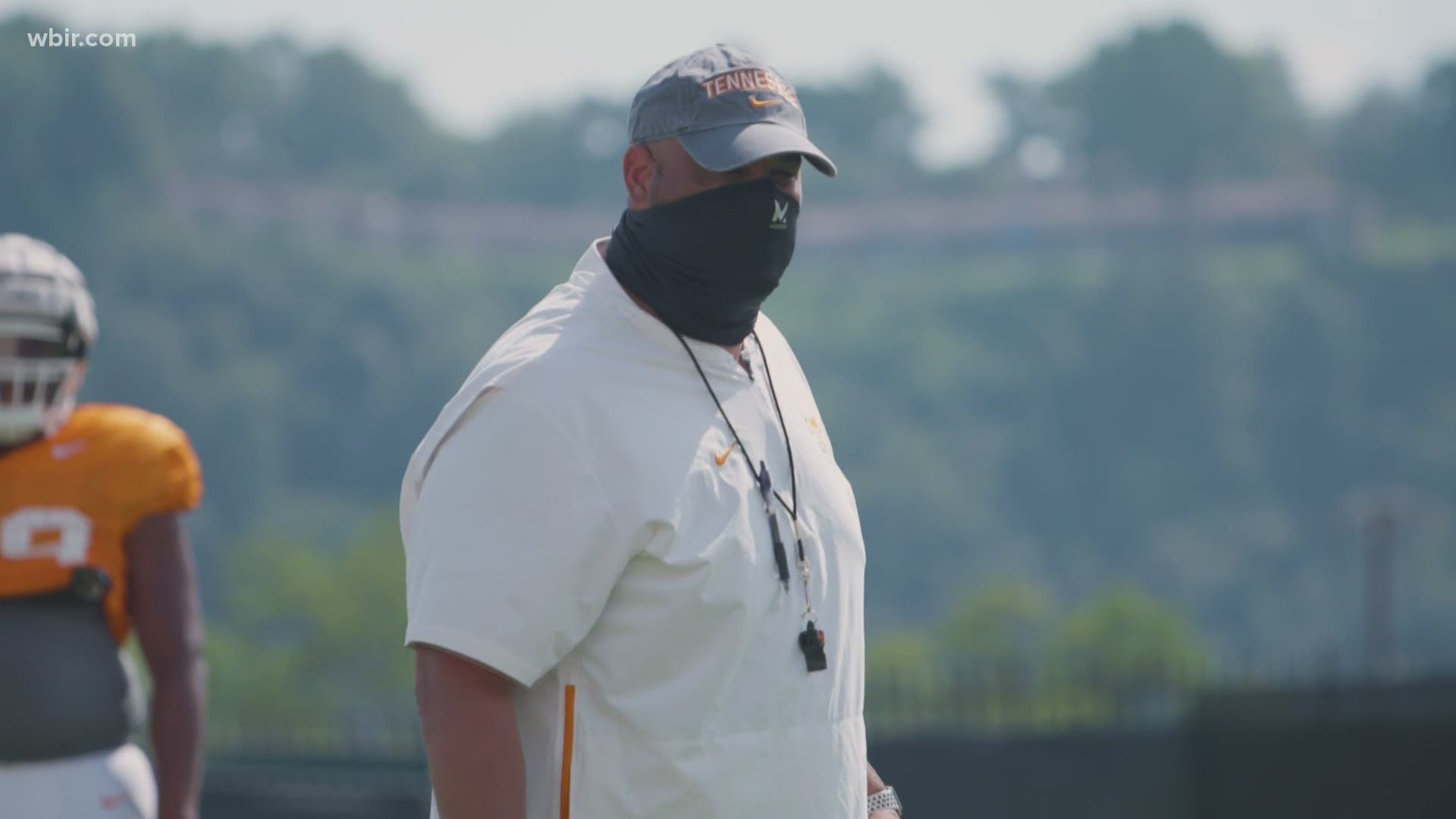 KNOXVILLE, Tenn — Tennessee head coach Jeremy Pruitt will be in charge of the defensive line for the remainder of the season after letting go of former defensive line coach Jimmy Brumbaugh on Sunday, Pruitt said in his weekly Monday press conference.

Brumbaugh joined the coaching staff in February 2020 and had only coached in four games this season.

"I decided to make a change at the d-line position. Coach Brumbaugh done a really nice job for us, he worked his tail off. Sometimes from a philosophical standpoint, things are just not a fit and it just didn't work out for us," Pruitt said.

Brumbaugh was responsible for the defensive line as well as serving a co-defensive coordinator role. He worked the same position for Maryland and Colorado before joining the Vols.

Pruitt on Jimmy Brumbaugh: If it's not working out, better to do it right now. Unfortunately with COVID, you're not able to be around your players early, puts you in a disadvantage. No knock on Jimmy as a coach. It's something we felt like we need to do #Vols

"If it's not working out, it's better just to do it right now. Me and Jimmy had a really good conversation and unfortunately, probably because of the COVID circumstance, when you're a new coach and you don't have a chance to be around your players for March, April, May and then limited in June, puts you at a disadvantage. This is no knock on Jimmy as a coach, whatsoever. He's one of the most knowledgeable guys I've been around," Pruitt said.

RELATED: Vols drop out of AP Top 25 after loss to Kentucky