Vols head coach Jeremy Pruitt spoke to the media on Wednesday about the team's Thanksgiving plans. 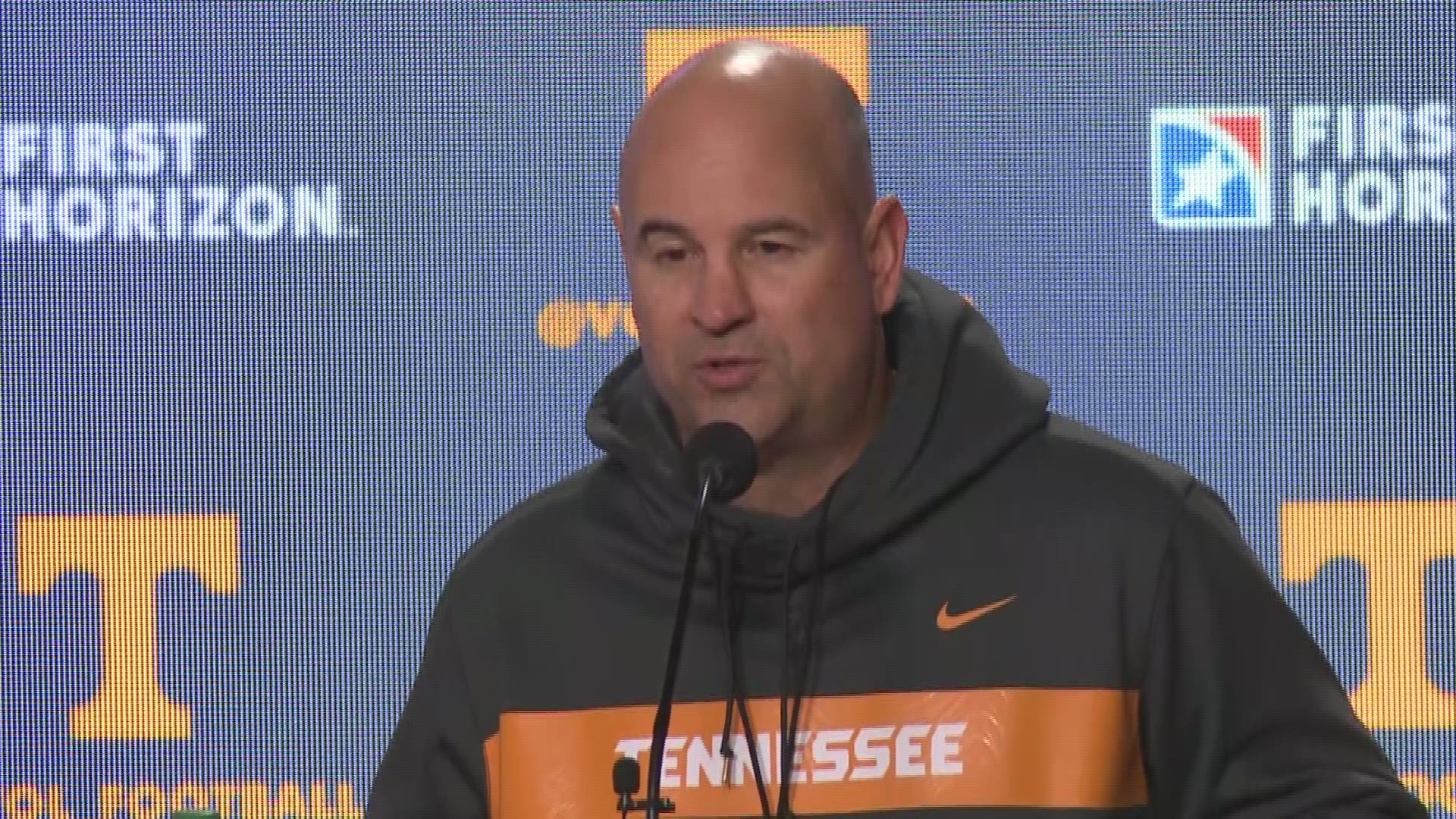 KNOXVILLE, Tenn. — The Vols are bowl eligible and riding a four-game winning streak, going into their season finale against rival Vanderbilt.

Redshirt junior quarterback Jarrett Guarantano's improvement has been a big reason for the Vols' hot streak. Since his goal line fumble against Alabama, Guarantano has seven touchdown passes and one interception.

"He’s been a little cleaner here in the last month of the season. Why is that? I think it’s been hard work, probably a little better understanding," said head coach Jeremy Pruitt after practice on Wednesday. "Jarrett’s a very bright guy, and he picked up this system really fast and we had a lot of confidence in him."

Guarantano's 415-yard performance against Missouri earned him SEC Player of the Week honors. Tennessee wide receivers Marquez Callaway, Jauan Jennings and Josh Palmer each recorded over 100 receiving yards in the win over the Tigers.

Pruitt says their on-field abilities have been vital to Tennessee's late-season push as well.

"They’re big-bodied guys. They have a very large catch radius...They maximize their height and length. They have a lot of courage, so they’re going to catch the ball in traffic, and they’re instinctive guys, so they have a good feel of what the other team’s trying to do to them. These guys, they’re tough to guard," Pruitt said.

Wednesday was Tennessee's last practice before Thanksgiving. Pruitt says the team has plans to gather together for a feast.

"We’ll go at 8:30 in the morning, so if there’s local guys that can get home within an hour, two hours and they want to take somebody with them, and every coach will have his group over at their house, if they’re not going somewhere. And [Thursday] night I’ll have everybody else," he said.