As Tennessee’s sixth man, Jordan Bowden brings an explosive spark off the bench. The Knoxville native was a high school standout at Carter. And, he always dreamed of playing for the Vols. 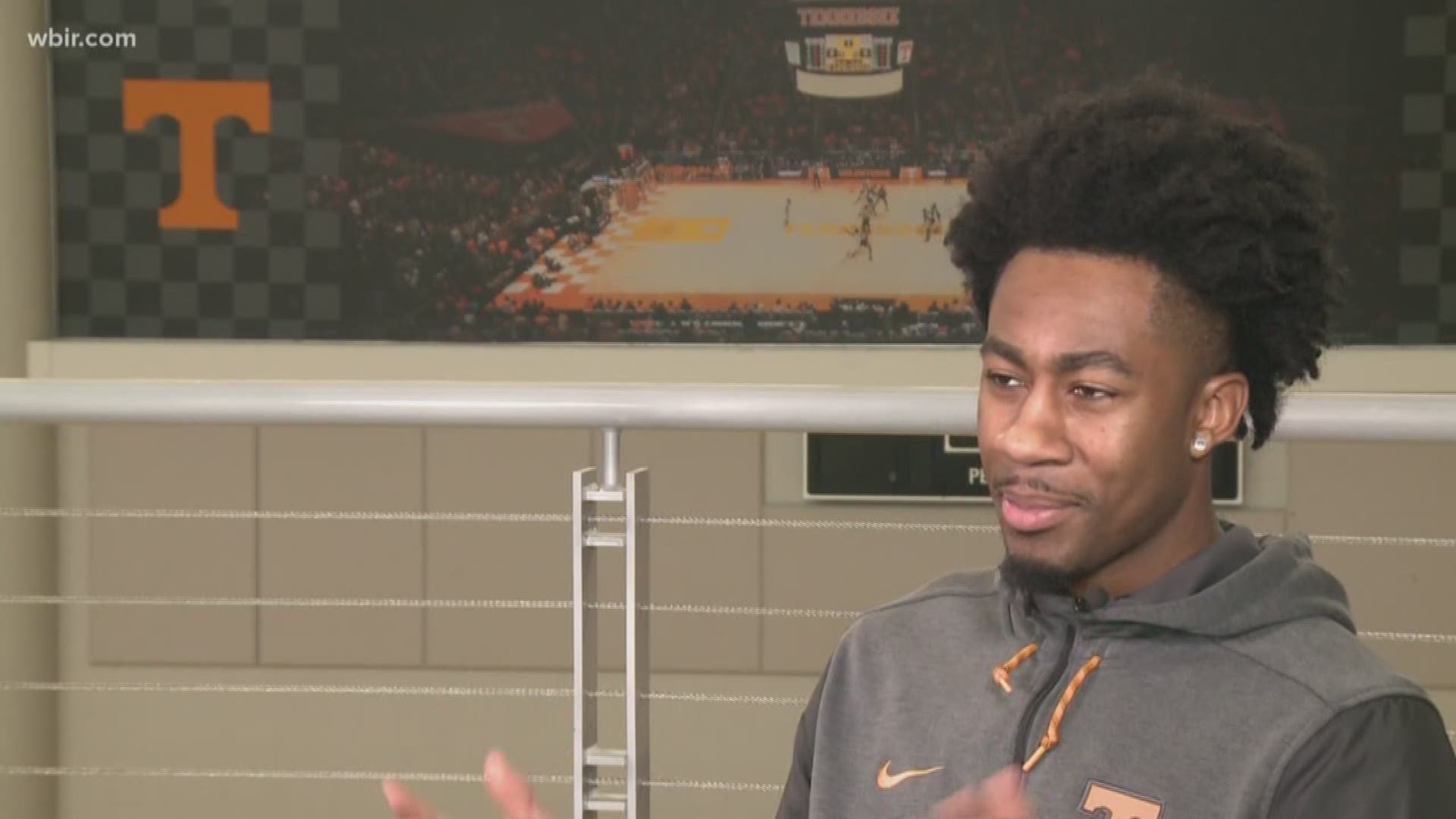 KNOXVILLE, Tenn. — To Jordan Bowden, it seems like he was just a young player sitting in the stands at Thompson-Boling Arena.

“Sometimes when I look around and come out of the tunnel, it’s like wow, I’m really here and it’s an amazing feeling,” said Jordan Bowden. "I’ve always dreamed about this moment.”

“Just watching Chris Lofton on the court. He was one of my favorite players growing up and coming to the games with my mom was everything!”

RELATED: Vols fall from No. 1 to No. 5 after tough loss to Kentucky

He followed Chris Lofton’s lead to Tennessee and continues to impress his hometown crowd on Rocky Top.

“My mom is at every home game. She’s my biggest supporter, also my Grandmother," said Bowden.  "Before every game, my mom tells me to play hard and smart.”

And pregame is always the same for Bowden. He starts home game days with breakfast at First Watch.

“The trifecta. It’s a waffle and bacon,” described Bowden. “It usually comes with eggs, but I’m allergic to eggs so I get potatoes instead.”

He listens to music, a mix of worship songs as well as rap and R& B. Bowden also gets a haircut.

“Sometimes, I have the twists, but I take them out before the games though so it can be curly,” said Bowden about his hairstyle.

As Tennessee’s 6th man, Bowden brings a spark off the bench.

On the court, he’s known for his dunks. He scored his favorite on an in-state rival.

“My favorite is the Vanderbilt dunk, the inbounds play with me and Jordan Bone,” described Bowden. “Coach actually set it up in a timeout and me and Bone made eye contact before the play happened. He threw it up to me and I went to get it. It was a pretty cool moment though, especially at Vandy.

“The dancing is just one thing I try to do to bring energy and fun to the team," Bowden said.

“Coach Barnes put me on the spot the last game. He told the team to just enjoy winning. Then, he said, ‘Bowden, could you come up here and do something funny?' And, they turned on the music and I just danced for everybody."

His career ambitions include an even bigger stage.

“Actor,” said Bowden about his dream job. “I feel like I’d be a pretty good actor.”

So, how does it end?

“You’ll find out. Can’t give it to you right now. We got something coming,” said Bowden with a smile.