The Kansas City Chiefs picked formers Vols offensive lineman Trey Smith during the sixth round of the NFL Draft. 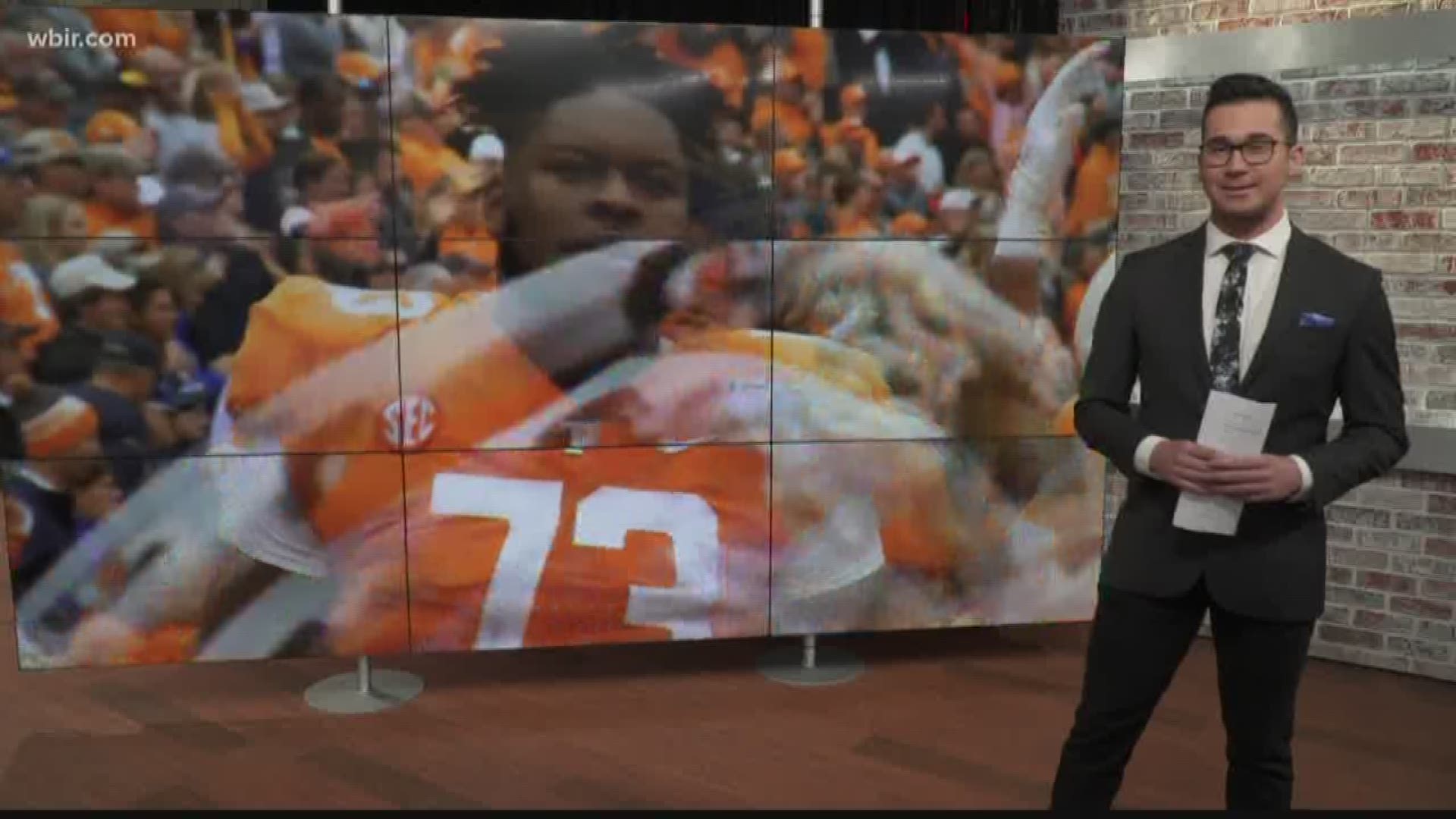 KNOXVILLE, Tenn. — Trey Smith is headed to Kansas City after the 2021 NFL Draft. He was picked during the sixth round by the Kansas City Chiefs.

The former Tennessee offensive lineman decided to return to UT for his senior season in 2020, which was called a Peyton Manning-like move. He also won accolades off the field, including the 2020 Jason Witten Collegiate Man of the Year.

He was also named to the Coaches All-SEC First Team for two consecutive years.

During his football career, Smith was declared out after doctors found blood clots in his lungs. Yet, with no certainty that he would be able to return to the sport he loved, Smith said he jumped at the opportunity to step back onto the turf.

With the 226th pick in the 2021 #NFLDraft, we've selected @TreySmith73! pic.twitter.com/rGbkDMXkhy

"Since I was a little boy, I've always dreamed of playing football," Smith said in 2019. "From a young age, I've always dreamed about it. Whenever they gave me another opportunity, I didn't hesitate. I have an undying love for the game, it's almost like an illness, I can't get it out of me, to be honest. I love the game of football, if I could find something more than this, I'd probably be doing it, but to be quite frank, I just love this too much."

Tenessee Football sent him off to the Kansas City Chiefs with a video showing some of his best moments on the team.

"To God be the ultimate praise, honor and glory," Smith said in a tweet.

To god be the Ultimate praise, honor, and glory! https://t.co/i9qrBFAjdJ