Fulton's Keenan Vaughn is our Week 4 defensive play of the week. 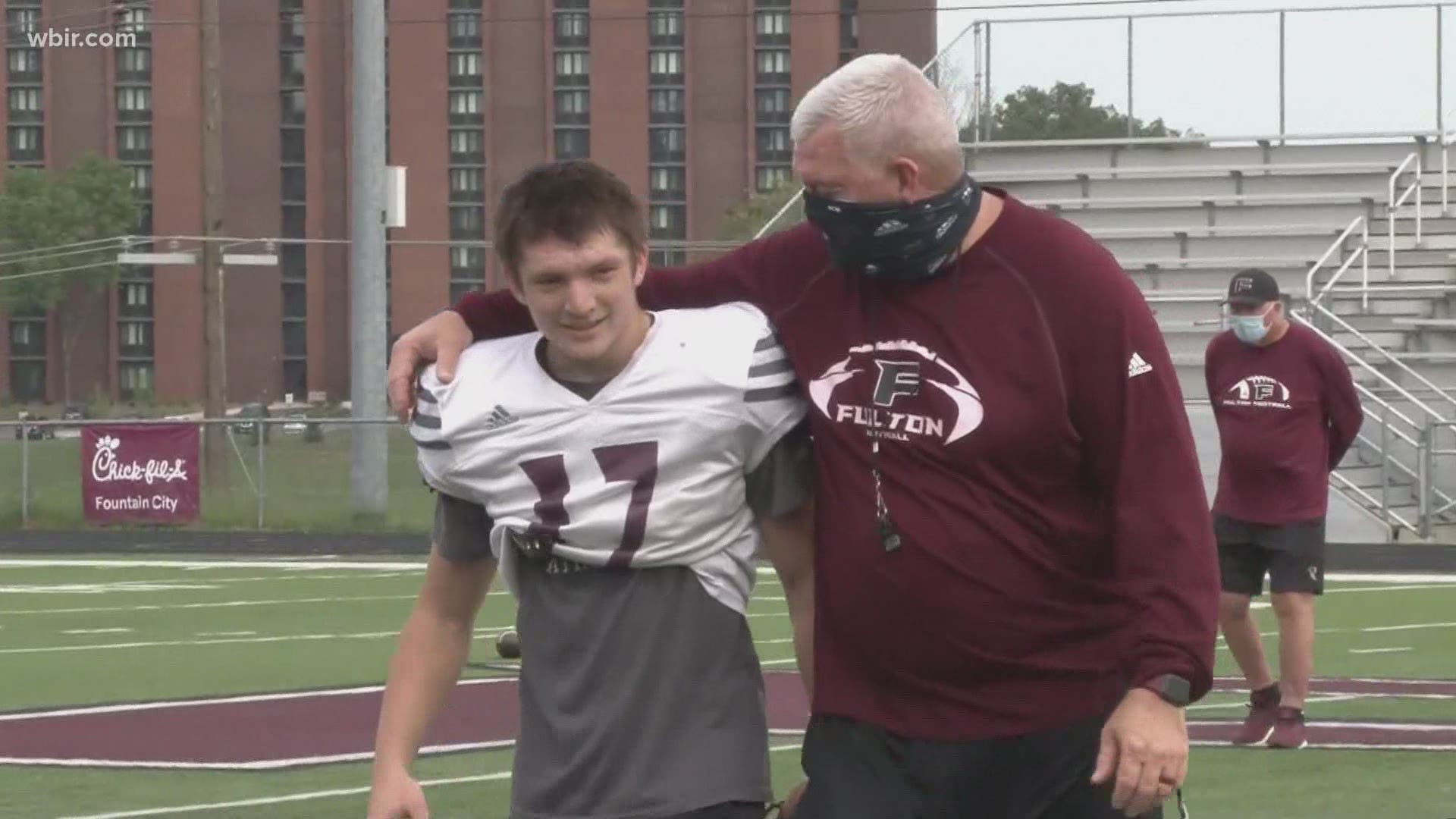 “I was just motivated.” Keenan Vaughn said about Fulton’s win Friday night. “Last season I didn’t play half the and they (Fulton’s coaches) gave me a start and I just started to play good because a lot of people don’t know who I am and I’m trying to get my name out there.”

Keenan Vaughn. East Tennessee knows that name now. Vaughn is our defensive player of the week with 14 tackles, 2 tackles for loss and one sack in Fulton’s 37 to 7 win over Austin East last Friday.

After having limited playing time last season, Vaughn is motivated to show why he’s the best defensive end to lead the Falcons.

“I’m a hard worker and I’m never going to give up.” Vaughn said. “I’m always going to push to be better than everyone else.”

Vaughn spent many hours this off season improving his conditioning and in the weight room getting stronger. It paid off for him in week four.

“I was just happy the whole game.” Vaughn said. “I haven’t done that before. I’m just glad I could do my part and get a win for the team.”

Fulton’s head coach Rob Black said his confidence in Vaughn only increases after each game.

“Keenan played with a really good motor Friday.” Black said. “He can do that. Last year, I guess about the second half of the year, he started coming on for us and so he earned more playing time and as a kid gets on the field, coaches get more of a chance to recognize him. When he got in there he made some plays and I thought he had a really good offseason and preseason this year.”

Fulton is at home for the next six weeks. The Falcons host Karns on Friday night.