Stepping into the ring after a car accident changed his life, this local MMA fighter is working toward the Big Show — UFC. 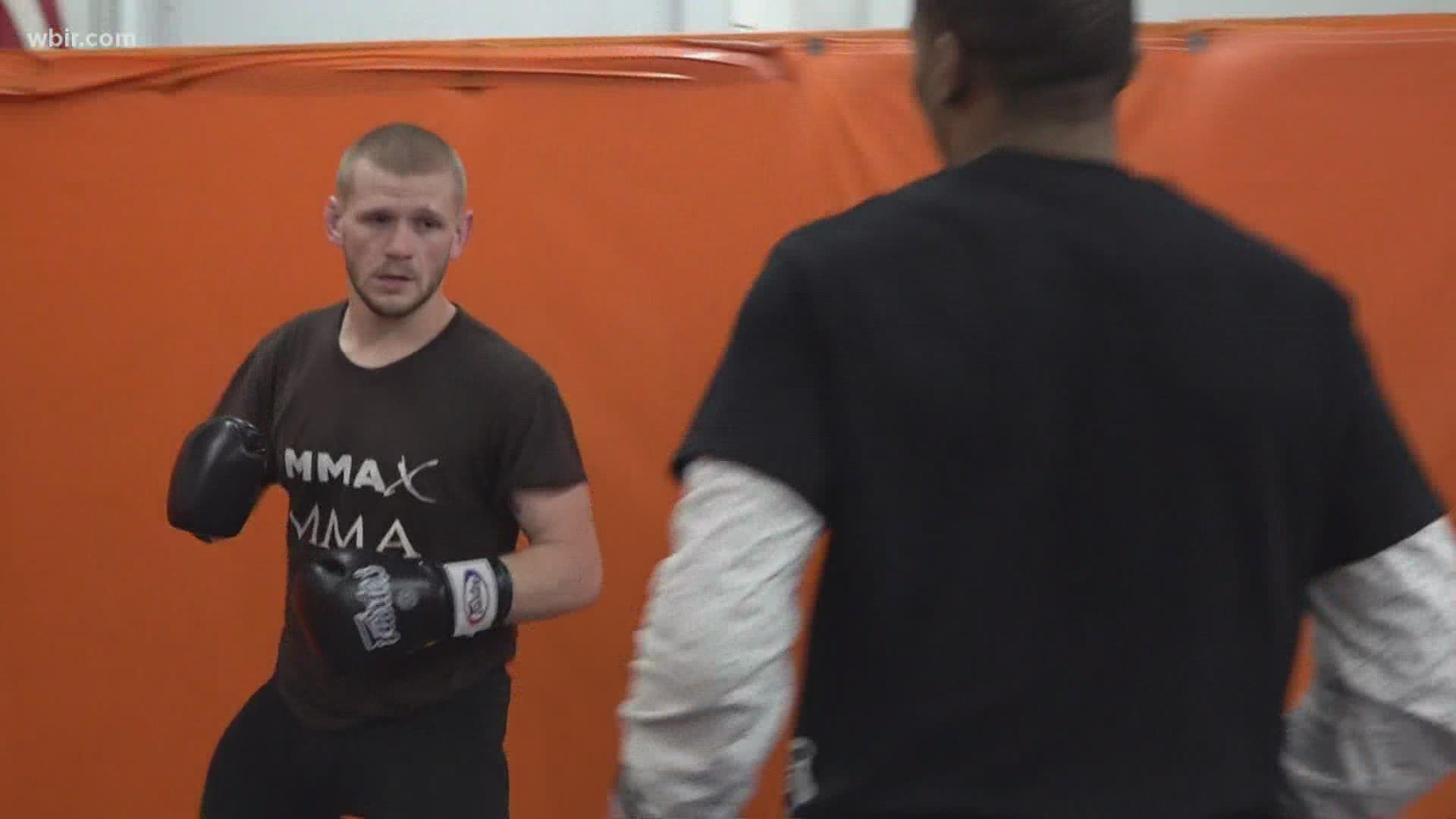 KNOXVILLE, Tenn — There is a saying at Knoxville Martial Arts Academy — "the mat doesn't lie."

Eric Turner has coached several athletes, men and women, who have reached the heights of UFC and Bellator fighting professionally. His students include names like Ovince Saint Preux and Shanna Young.

Next in line at the altar - Dre Miley.

"You've got to love all of that sacrifice and got to love all the good and all the bad with it. That's really what it's all about. It's just loving the process," Miley said.

It's a process that started 12 years ago, near the border of Monroe and Loudon County on Reed Springs Road. He said he'll never forget where it all started.

In early 2009, at 17 years old, Miley was in the passenger seat with his friend while driving. A younger cousin and brother were in the backseat heading to a game. The driver swerved, the car hit a tree, Miley reached back.

"And I had caught them with my left hand just like this and then as I slammed them back down, I turned and my face went into the dashboard," he said.

His face was fractured and his left eye was destroyed.

"It used to be a negative thing for me to be like, 'I have one eye, my life is over,' but now I believe it happened for a reason. It had to happen for a reason, no one gets their eye taken out just because," Miley said.

Months later it was his family, his friends and his fighting that pulled him through. He started training with Turner that same year, which turned to amateur fighting, which turned to professional fighting.

"So far, I see it as I am the only one-eyed fighter out there actually doing it and not necessarily just doing it," he said. "It's more of like I'm winning."

Just getting in the cage has been difficult. Athletic commissions and boards have been hesitant to approve him because of his eye.

"Most fighters they're just fighting another guy, but Dre is fighting the state and he's fighting the commissioners and he's fighting sanctuary organizations and after he wins all those fights, he's got to fight in the cage and he goes out and wins that fight too," Turner said. "Dre is the epitome of what a fighter should be. You don't win all the time, but you fight every single time and Dre's done that a million times over."

At one point, Miley fought for himself. Now he believes he's fighting for much more.

"I have three boys and I want to show them and I want to show the other kids and everybody else who has something going on with them," Miley said. "This guy is doing it so you have no excuse. So try to inspire everybody. Go for what you want because the only person that can tell you no is yourself. You got to be stubborn with whatever you're doing in life."

Miley and his fellow MMA fighters from Knoxville Martial Arts Academy will compete at VFC 80 on Friday, April 2 at Cotton Eyed Joe.