Colby Raymer is the fifth in his family to make the state tournament with the Kingston Yellow Jackets. 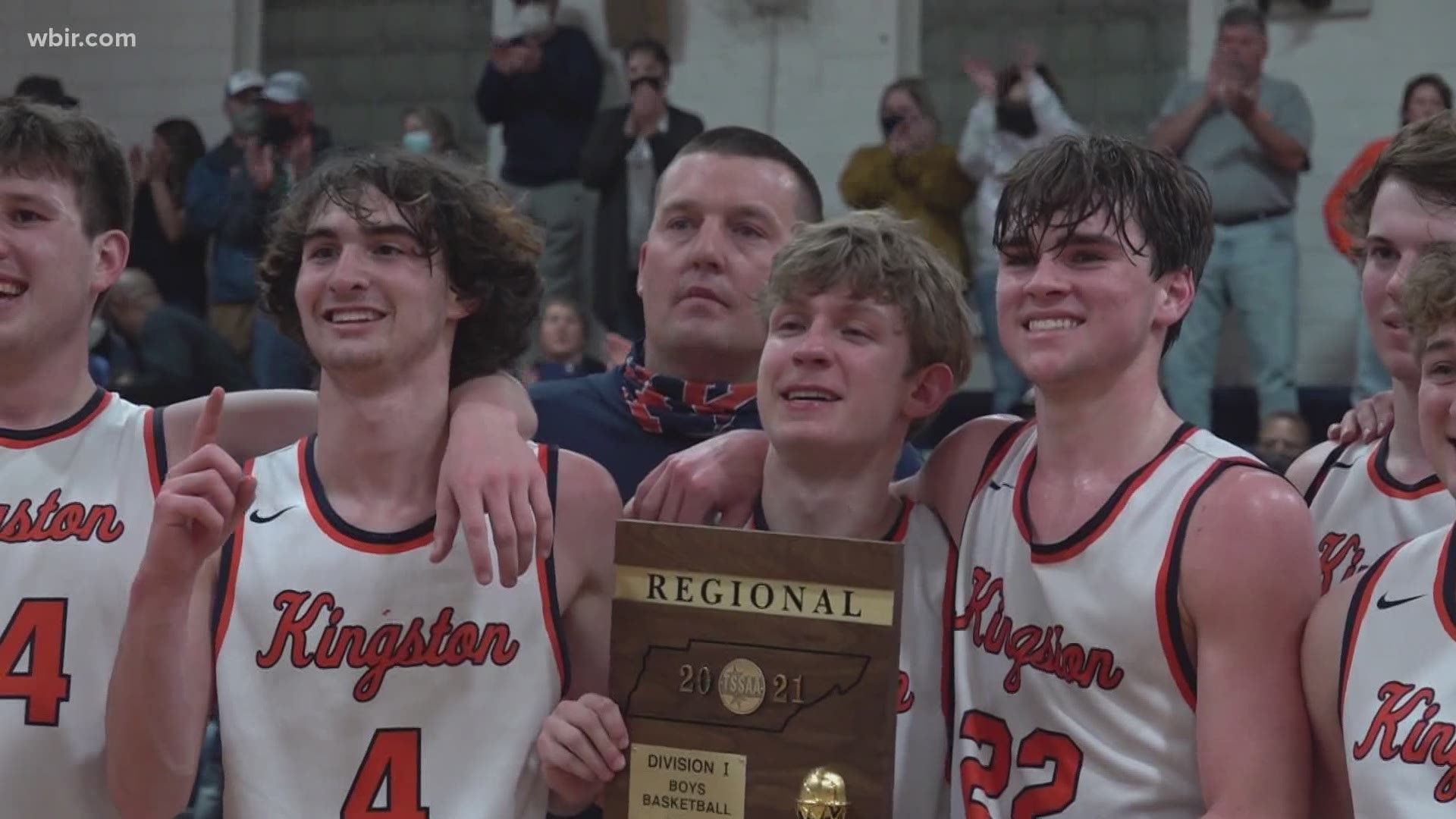 KINGSTON, Tenn. — The Kingston boys' basketball team is in the state tournament for the first time in 30 years. The Yellow Jackets beat Scott, Fulton, Northview Academy and Sullivan East on their way to Murfreesboro.

Senior Colby Raymer is one of Kingston's leaders. His 29-point performance in the Class AA Sectional secured the Yellow Jacket's spot in the state tournament. It also made him the fifth Raymer to reach state as a player for Kingston.

"I didn't even know that most of them went to the state tournament. We all sat down and talked about it one time. I was like 'wow,'" Colby said.

Colby's grandfather, Gene Raymer, played for Kingston from 1961 to 1965. As a Yellow Jacket, Gene made the state tournament three times. His first appearance came in 1963, alongside his brother-and Colby's great uncle-Doug Raymer.

He returned to the state tournament during his junior and senior seasons in 1964 and 1965.

Gene would make a fourth state appearance, but as an assistant coach for Kingston in 1979. His younger brother-and Colby's other great uncle- Mark Raymer played on that team. After that season, The Yellow Jackets did not reach the state tournament until 1991. That year, Colby's father, Jamie Raymer, was on the roster.

"A really good team that year. We kind of peaked at the right time, had lots of talent and was really deep," Jamie said while pointing at the team's framed photo that hangs on a narrow strip of wall in the lobby of Kingston's gym.

Photos of Kingston boys' teams that won either a district or region championship line this wall from one end of the lobby to the other. A Raymer is featured in nearly half of them. However, there is a blank space directly to the right of the 1991 team photo.

Going into this week's state tournament, the 2021 Yellow Jackets are 26-5 and have won 13 straight games. The winning streak has brought Kingston its first district and region championships in decades. Colby has been a major part of that success.

"We have eight seniors that we love and adding Colby in to that mix has given us another level," head coach Colt Narramore said. "If it was just the seniors without him, I don't know if we'd make it. But with Colby Raymer...this crew is special."

If the Yellow Jackets continue winning, Colby could become the first Raymer to return to Kingston with a gold ball.

"It's a dream come true just to have the opportunity to play up there. Then to add on that all my family's been. It's pretty cool," Colby said.