After putting a brief hold on practice Thursday to review guidelines, Knox County Schools has given teams the green light. 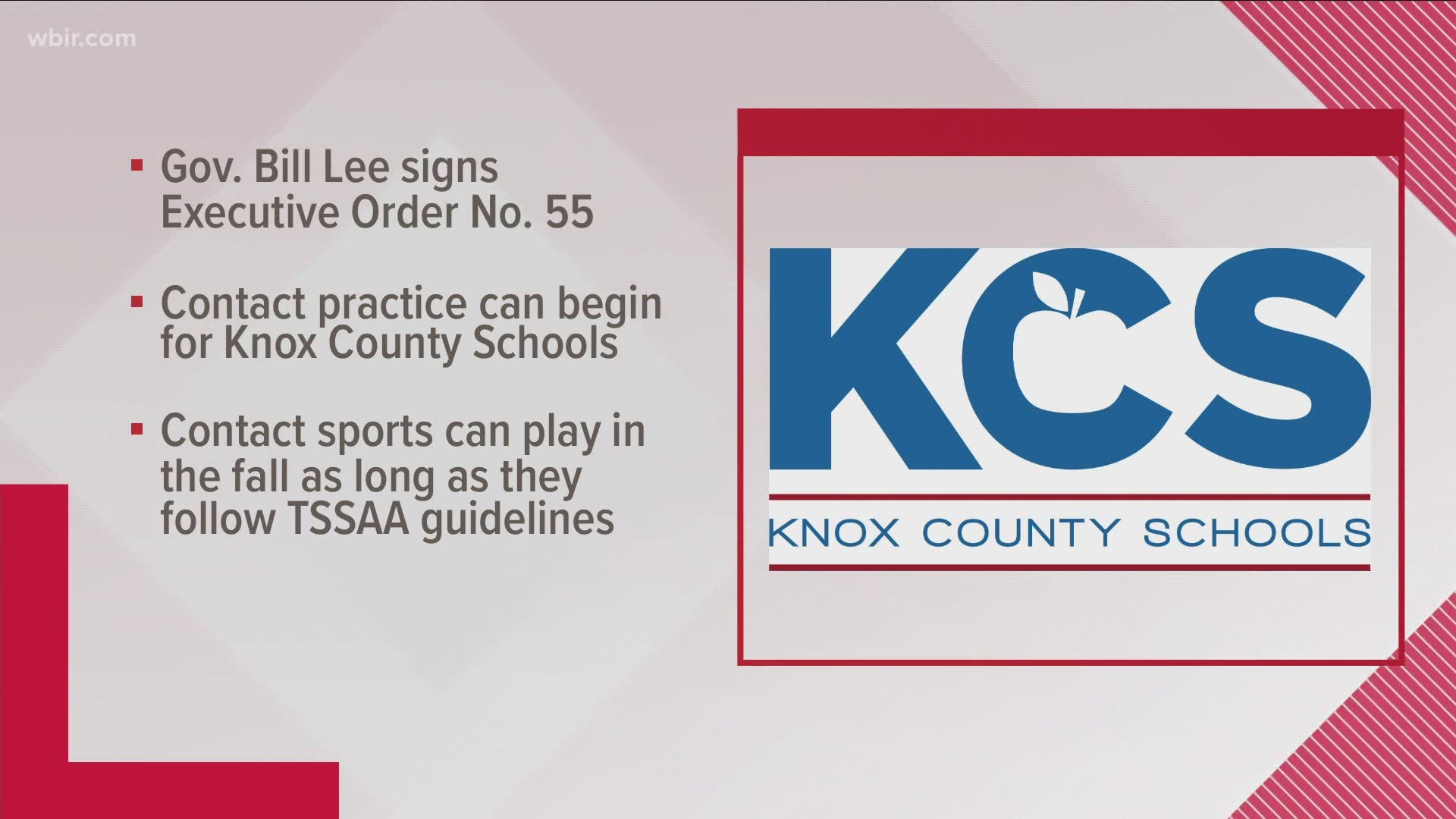 KNOXVILLE, Tenn. — Knox County Schools has given contact sports teams in the district permission to begin contact practice starting on Monday. This comes after Governor Bill Lee signed Executive Order No. 55 on Friday evening, which allows contact sports to practice and compete this fall, with the provision they follow TSSAA regulations for safety or an equivalent.

Knox County School originally asked for programs to put contact practice "on hold" on Thursday, adding the district needed more time to review the TSSAA guidelines and regulations. They lifted the hold shortly after the order was signed Friday.

Gov. Lee announced he would sign the executive order earlier this week.

“Athletics is an important part of our way of life and provides many benefits for our student-athletes, but common-sense precautions must be taken to combat COVID-19,” said Gov. Lee. “We have worked directly with the TSSAA to coordinate a framework so that football season and soccer seasons can begin while keeping student-athletes, staff, and fans safe."

With the order, both high school football and girls' soccer can begin their seasons as originally scheduled, with the first contests for girls' soccer starting on Aug. 17 and the first wave of games for football starting Aug. 21, although a handful of teams will play the day before.

Executive Order No. 55 has now been signed by @GovBillLee. Here is the amendment that will allow contact sports to start in the fall as long as schools follow TSSAA or similar regulations. pic.twitter.com/PtjkeCs2QV