Korey Mobbs is takes over the Irish program with 16 years of high school coaching experience. 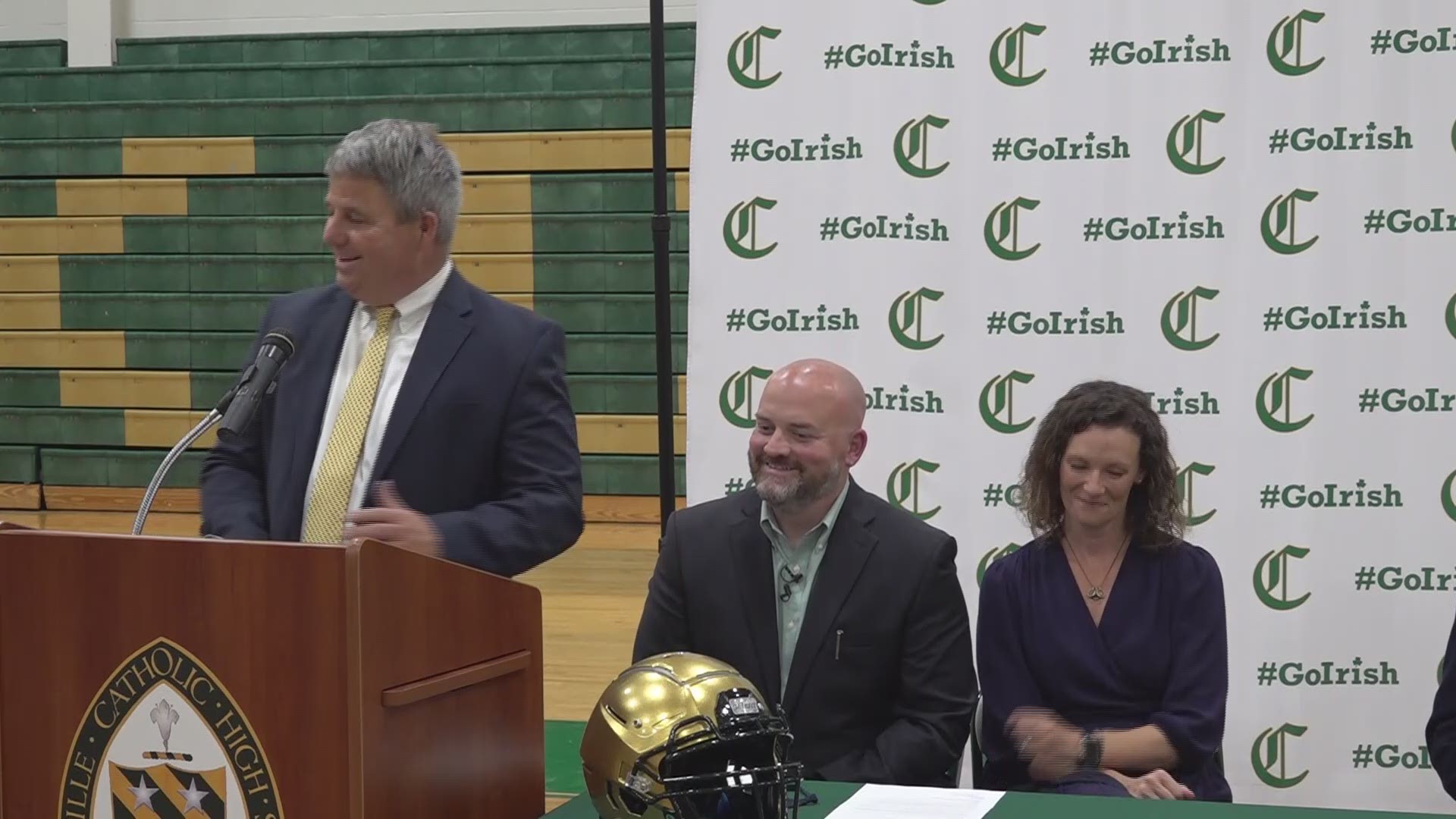 Coach Mobbs takes over the Irish football program with 16 years of coaching experience. He started his career as an assistant coach for Collins Hill High School in Suwannee, Georgia.

In 2010, he helped establish the Lanier High School football program in Sugar Hill, Georgia. He served as their offensive coordinator and assistant head coach, before becoming head coach in 2014.

Coach Mobbs says he’s looking forward to developing a relationship beyond football with his players. pic.twitter.com/9ZLtApgUn6

"Everybody knows Knox Catholic. It's great football. They play in an unbelievable league...it just felt like the right time," Mobbs said about taking the job.

Mobbs replaces Steve Matthews, who resigned earlier this month after being arrested on drunken driving and drug charges.

Born in Chattanooga, Tennessee, coach Mobbs is a Vols fan. He has been married to his wife, Mary, for 16 years. They have three children.