City leaders say they want to bring the Smokies back to Knoxville, and say they have been in early talks with the team management. 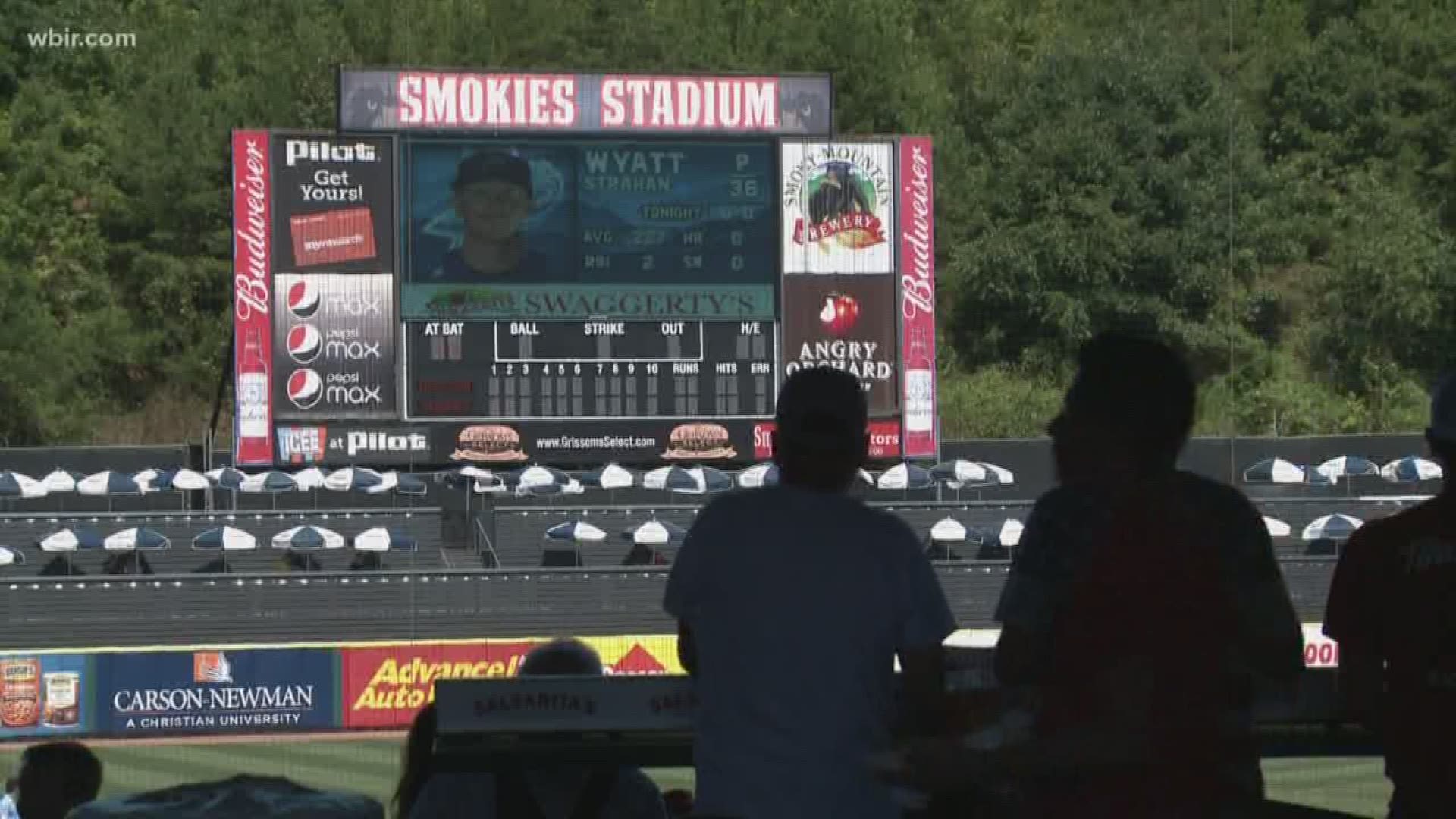 KNOXVILLE, Tenn. — Knoxville city officials say they are looking into the possibility of building a mixed-use minor league baseball stadium near the Old City.

City leaders say they want to bring the Smokies back to Knoxville, and say they have been in early talks with the team management.

The Smokies originally played in Knoxville until 1999 when they left for Sevier County.

The team is under contract to play in Sevier County until 2025.

The team's owner, Randy Boyd, owns land near the Old City that could fit a baseball stadium.

In August, Boyd told 10News the city and county would have to make an offer.

10News reached out to Boyd Sports and has not yet heard back.

The city says it would want the stadium to be near the Austin Homes redevelopment, which is a mixed income affordable housing program.

"A very important part of our looking at this is that there will be redevelopment all around it, and you want to have that, and a lot of that will be market rate, but we have control through KCDC of the Austin Homes site and they're right now exploring mixed-income possibilities for that, so that would have some affordable components to that," Lyons said. "So we want to make sure we have that area such that there's a good mix of incomes around the stadium, not just higher."

Lyons said comparable stadiums cost at least $50 million and seat about 6,500 people. They are looking at one in Fort Wayne, Indiana.

"It just depends on the stadium, its size, et cetera. Obviously we're going to have to come up with that and find a financing plan for that, and that's what stage we're at right now is putting those pieces together," Lyons said.