The Appalachian Mountain Bike Club and Threds both operate unique water stations along the course, meant to hydrate and motivate. 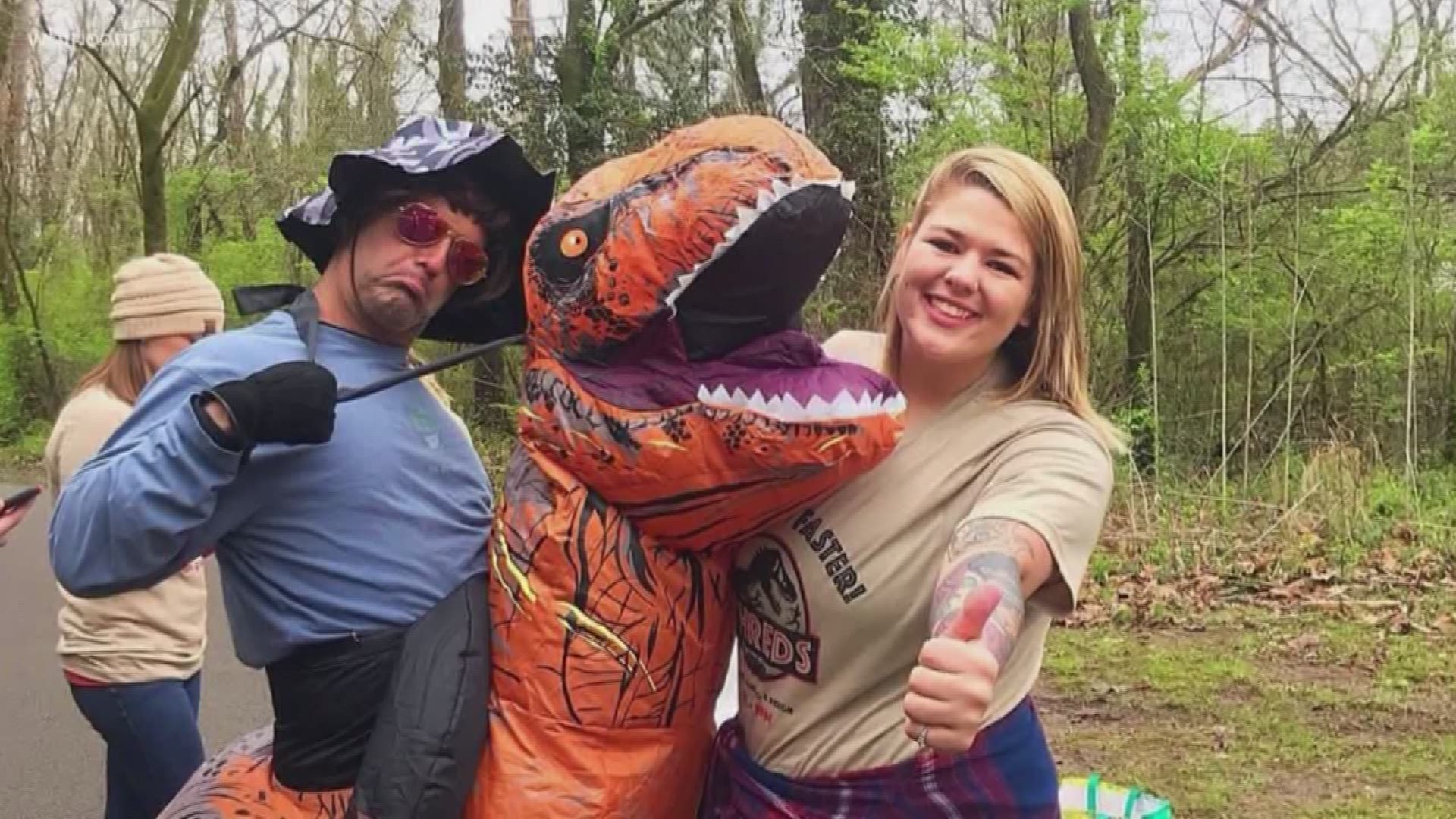 And runners need every bit of encouragement they can get.

"Everybody can come down, cheer on some people that are running," said Appalachian Mountain Bike Club President Wes Soward.

The water stations hydrate and motivate.

They're dotted all along the course.

Some stand out more than others, like the Appalachian Mountain Bike Club's station.

"It's kind of fun to see everyone running through, we just have a big party down here, and enjoy cheering everyone on--music, food, that kind of stuff," Soward said.

The competition for most spirited and creative station between the volunteers is a fierce one, but friendly.

"I'd like to remind everybody, we've been number one for several years now," Soward said.

Soward said his team expects a repeat this year at their stop at Trailhead Beer Market in South Knoxville.

"We've got a good, cohesive group of volunteers like I say, because we've all worked together and we kind of rally behind the community," Soward said.

But looking to change that are the folks from Threds.

Phillips and his team are known for a unique water station on the greenway behind West High School.

"We've done Jurassic Park, which was awesome," Phillips said. "The 70s themes, 80s themes--I mean we went all out, it was insane."

Phillips says they're hoping to pull out a win in the competition this year.

"We've never won," Phillips said. "I don't know how we've never won. But I do know that people talk about our water station--they look forward to it."

Neither station wanted to let on plans for this year, but both representatives said Sunday should be interesting.