While many will run this year's Knoxville Marathon virtually, these four felt the importance of coming together to go on their 26.2-mile journey. 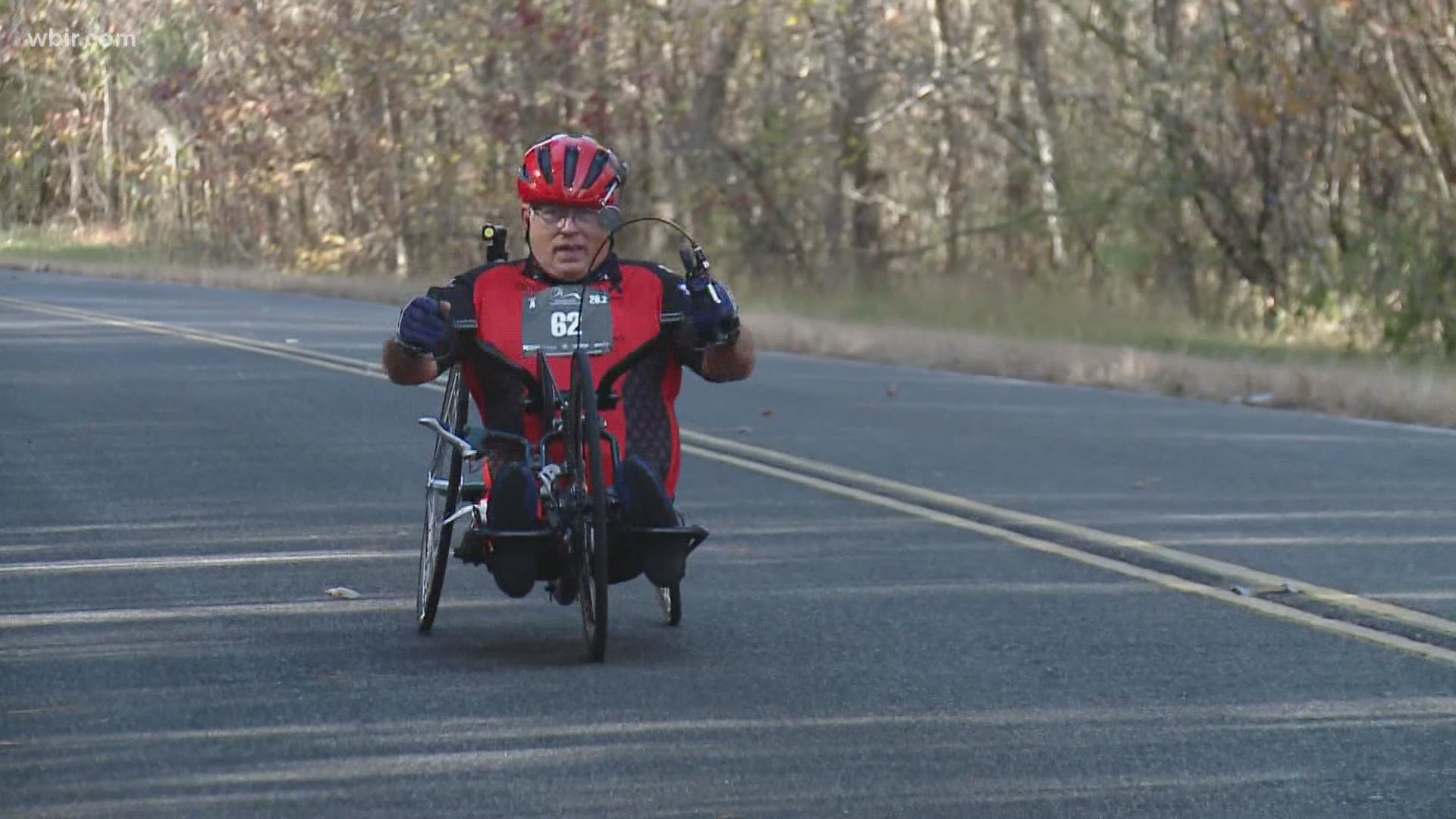 OAK RIDGE, Tenn. — On Sunday in Oak Ridge, four athletes got together with one common goal. They were there to complete the virtual Covenant Health Knoxville Marathon.

While marathons are a challenge for just about anyone, these athletes used handcycles, three of which had gears. Pumping and pushing for miles and miles, the athletes of various ages powered through to complete a course that weaved through the west end of the Secret City.

Even though the race itself is what brought them together on Sunday, the day wasn't about how fast the athletes went. Instead, it was about something much bigger.

"We have all known each other for almost 20 years, and it becomes a family. It's people to lean on, people to work together with," racer Carly Pearson said.

After the first lap of the approximately 9-mile loop that the cyclists traveled on, there was a visible separation between some of the faster and slower racers. However, this race wasn't about what a stopwatch said when the racers crossed the finish line. Instead, it was the joy of the journey that was cherished so much.

After describing what it's like to cycle, racer and veteran Dennis Clark noted the importance of just being able to get out and cycle.

While many will run this year's Knoxville Marathon virtually, these four felt the importance of coming together to go on their 26.2-mile journey. As the sun was shining down on a picturesque East Tennessee fall afternoon, there wasn't a doubt that this marathon was a success.