10:52 a.m.:  Congratulations to Matthew Portfield who is the push wheelchair winner of the 2019 Covenant Health Knoxville Marathon!

10:42 a.m.: Check out some of the best moments from the finish line of the 2019 Covenant Health Knoxville Marathon. 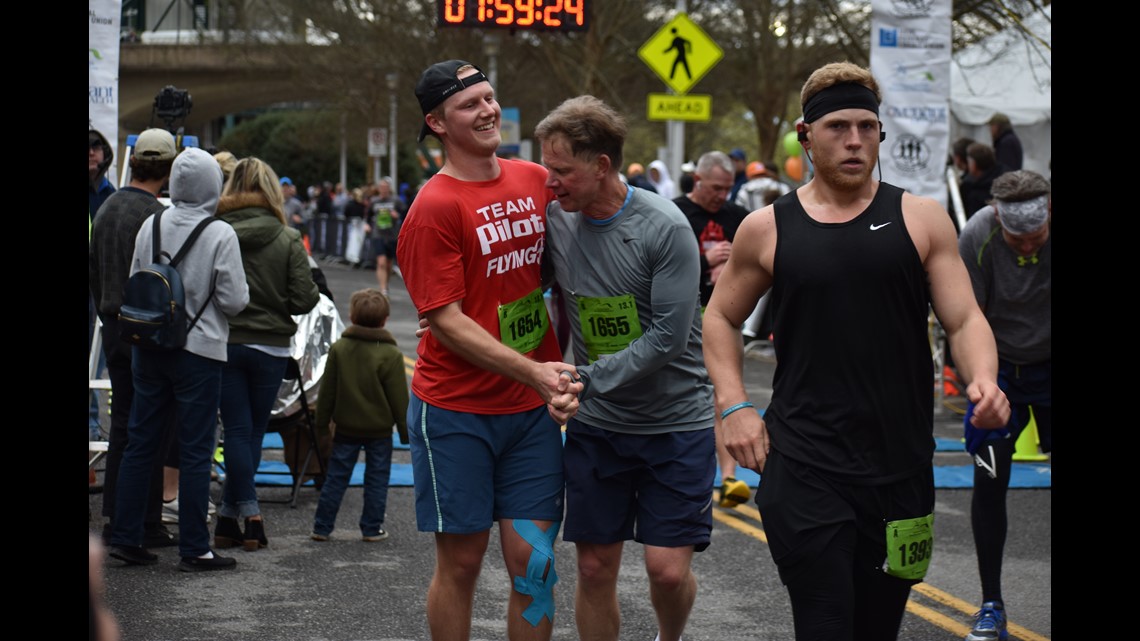 10:34 a.m.: "It's been a tough year, I have had some medical issues and injuries to overcome. Our family sticks together. My husband has been my right-side man and I'm so thankful." 2019 female winner Gina Rouse speaks after winning her fourth Covenant Health Knoxville Marathon.

10:20 a.m.: Local West Knox resident Gina Rouse is the 2019 female winner after crossing the finish line in 2:50:19. That is her fastest time and she is the only woman to win the Covenant Health Knoxville Marathon four times.

10:13 a.m.: Congratulations to all the runners participating, including everyone from Channel 10 who finished strong!

9:55 a.m.: We have a winner! Birhanu Dare crosses the finish line of the Covenant Health Knoxville Marathon in 2:24:44.

9:29 a.m.: 10News Chief Meteorologist Todd Howell finished the half-marathon at 1:59:20. He achieved his goal of finishing in fewer than two hours with 40 seconds to spare.

9:08 a.m.: Birhanu Dare was leading the marathon with about a 5:10 pace at Mile 18. Bryan Morseman, who's won two Covenant Health Knoxville marathons in the past, was behind him but could not be seen from the pace car.

8:50 a.m: Jane Bareikis from Chicago won the women's half-marathon. It was her first time ever in Tennessee and just her second year running at all.

8:38 a.m.: 10News anchors Robin Wilhoit and John Becker were out cheering on runners on Noelton Hill.

7:30 a.m.: And they're off! Marathon runners started from World's Fair Park to the sound of "Rocky Top."

Before: Runners prepared for the marathon by going through security and stretching. Food trucks also are set up at on the park lawn for any spectators.

More stories on the marathon: