"My goal this time is to run without fear and without comparison": Woman with MS prepares for fifth marathon

The 2019 Covenant Health Knoxville Marathon will be a breeze for one local runner who is running her fifth marathon--and her third since being diagnosed with multiple sclerosis. 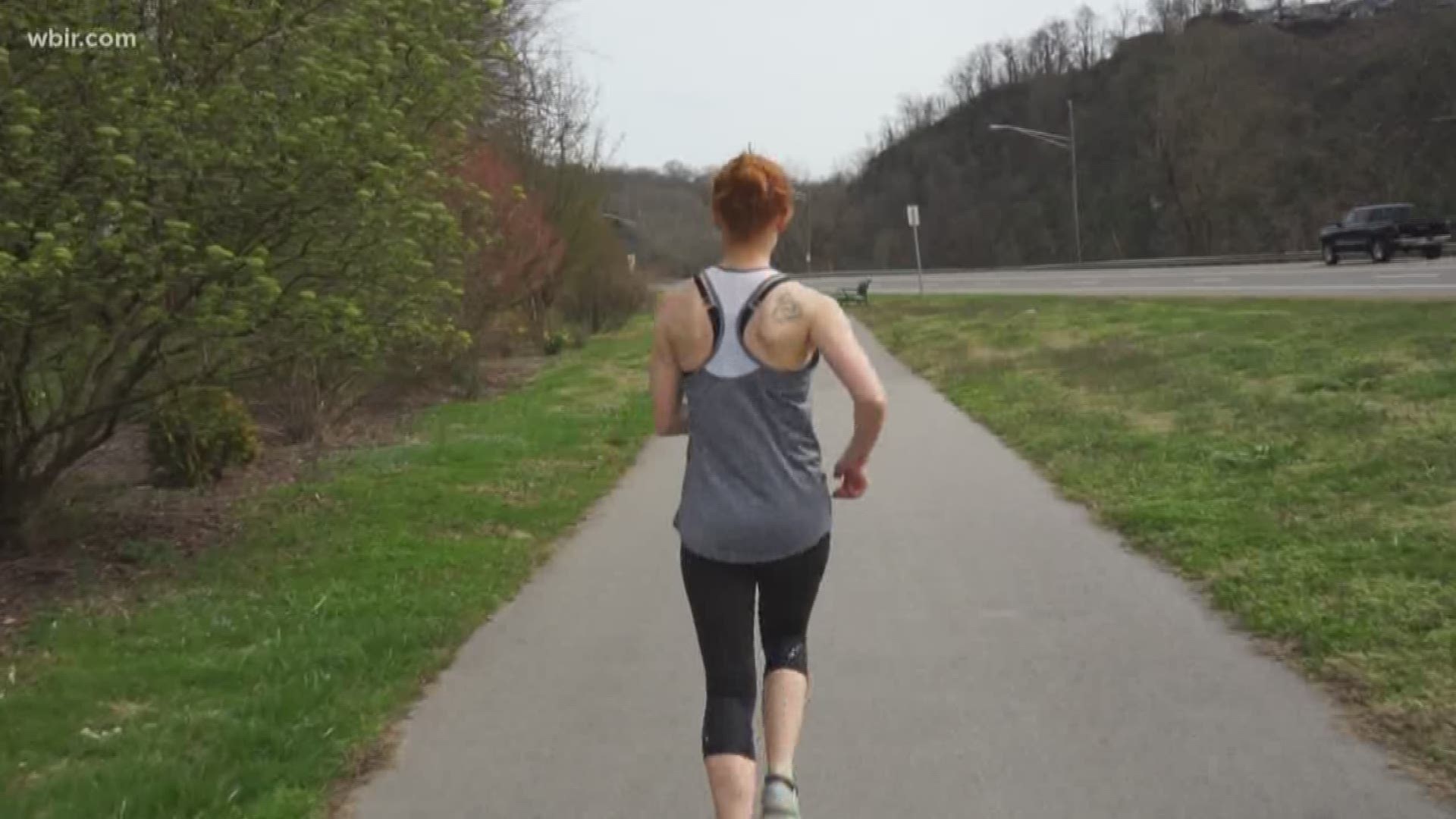 KNOXVILLE, Tenn. — The 2019 Covenant Health Knoxville Marathon will be a breeze for one local runner who is running her fifth marathon and her third since being diagnosed with multiple sclerosis.

"My goal this time is to run without fear and without comparison," Rebecca Weinand said.

And she's humble about what she's run before.

"If I run under three hours again that would be great," Weinand said.

This is Weinand's fifth marathon.

Weinand has Multiple Sclerosis. She was diagnosed in 2015.

"Slowly the numbness started to travel through the right side of my body," Weinand said. "It got to the point where one day I was at school trying to drink from my water bottle and it just sort of dribbled down my face."

At first Weinand didn't know what was wrong, and she went to the doctor.

"This was the first time he ever told me don't run, you know," Weinand said. "I couldn't walk in a straight line."

As a marathoner, that was really hard to hear.

"I remember thinking it would be easier to have a brain tumor than to have a diagnosis that was unpredictable for the rest of my life," Weinand said.

She says her MS is not progressive, but she could have a flare at any time.

"The marathon I ran in 2015, the Knoxville Marathon, was a month after my official diagnosis," Weinand said. "That was definitely a coping. Because I was like I'm going to run 100 miles a week, I'm going to beat the disease."

She says she ran it in under three hours.

But then she made some changes.

"I guess it came back when I started to learn a lot more about mindfulness, starting to look at different ways of moving," Weinand said. "And so now, you know, I enjoy yoga."

Weinand found a new balance in her life.

She's a health and wellness coach, a wife and a stepmom. She and her family live in Maryville, where they have a small farm with sheep, chickens and a llama.

"Take each day as it comes," Weinand said. "Some days you may only be able to walk, you know, to the kitchen. And take advantage of the days when you can do something else."