Paula Herston said she starts planning months in advance for the marathon and it takes a team of about 25 people. 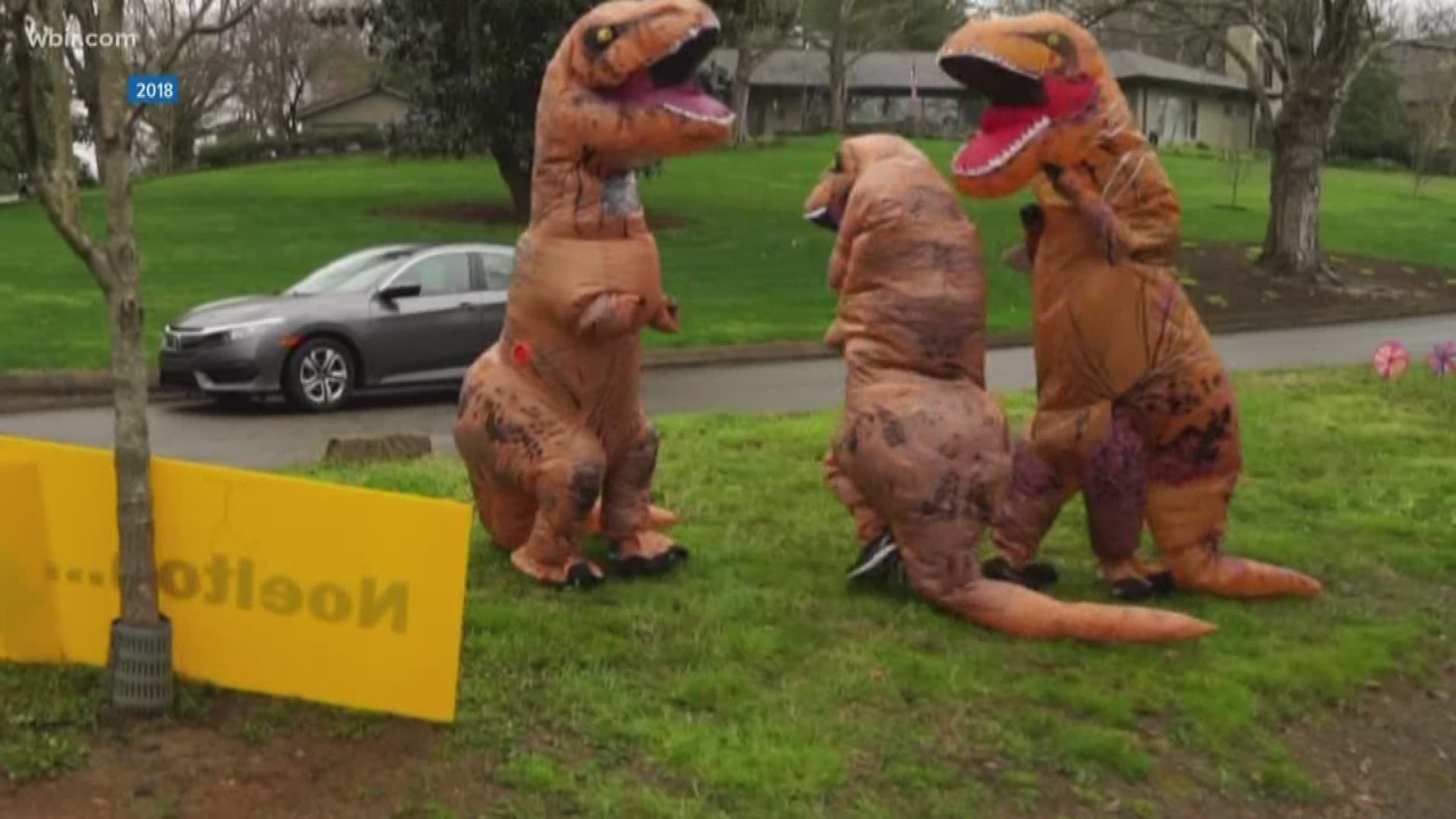 KNOXVILLE, Tenn. — Paula Herston said if you're prepping an entire neighborhood for a marathon, you're going to need a good team.

"We probably have 25 volunteers that come out and help me put it together," she said.

Herston started organizing her neighborhood for the Covenant Health Knoxville Marathon years ago. She said each year the work starts months in advance and it requires a lot of online ordering and emptying out storage spaces.

But it is not all work and no play. Herston said a lot of fan favorites from last year will make a comeback.

"We had inflatable big t-rexes at the corner of scenic," she said

So expect dancing t-rexes along your route, and if you see a few people in uniform don't be alarmed.

"Last year we had a radar gun and we had a group of people dressed as police officers mocking people's speed," Herston said.

The men and women in uniform will be back this year to monitor people's progress, but you won't just be running alongside t-rexes and officers.

"We also have the sloths, which I have a feeling are going to become a fan favorite," she said.

But if you're looking for unique signs, Herston said she has you covered.

This year she is tracking not only how many calories you can burn but also how that translates in cupcakes.

"Cupcakes are like my favorite food that I'm not allowed to eat," she said.

It is an experience she said she wants people to look forward to.

"We love to motivate the runners and keep them going as they reach their big goal," she said.

So if you have time to stop and smell the flowers in Sequoyah Hills during the marathon, just know you're in for a treat.

"I want them to be able to run for about the 4 miles this covers with a smile on their face and not thinking about the pain in their feet," Herston said.

RELATED: "My goal this time is to run without fear and without comparison": Woman with MS prepares for fifth marathon