"It's not just about shedding the weight now or putting in these ten miles now. It's to continue to do this from here on out," Tom Barclay said. 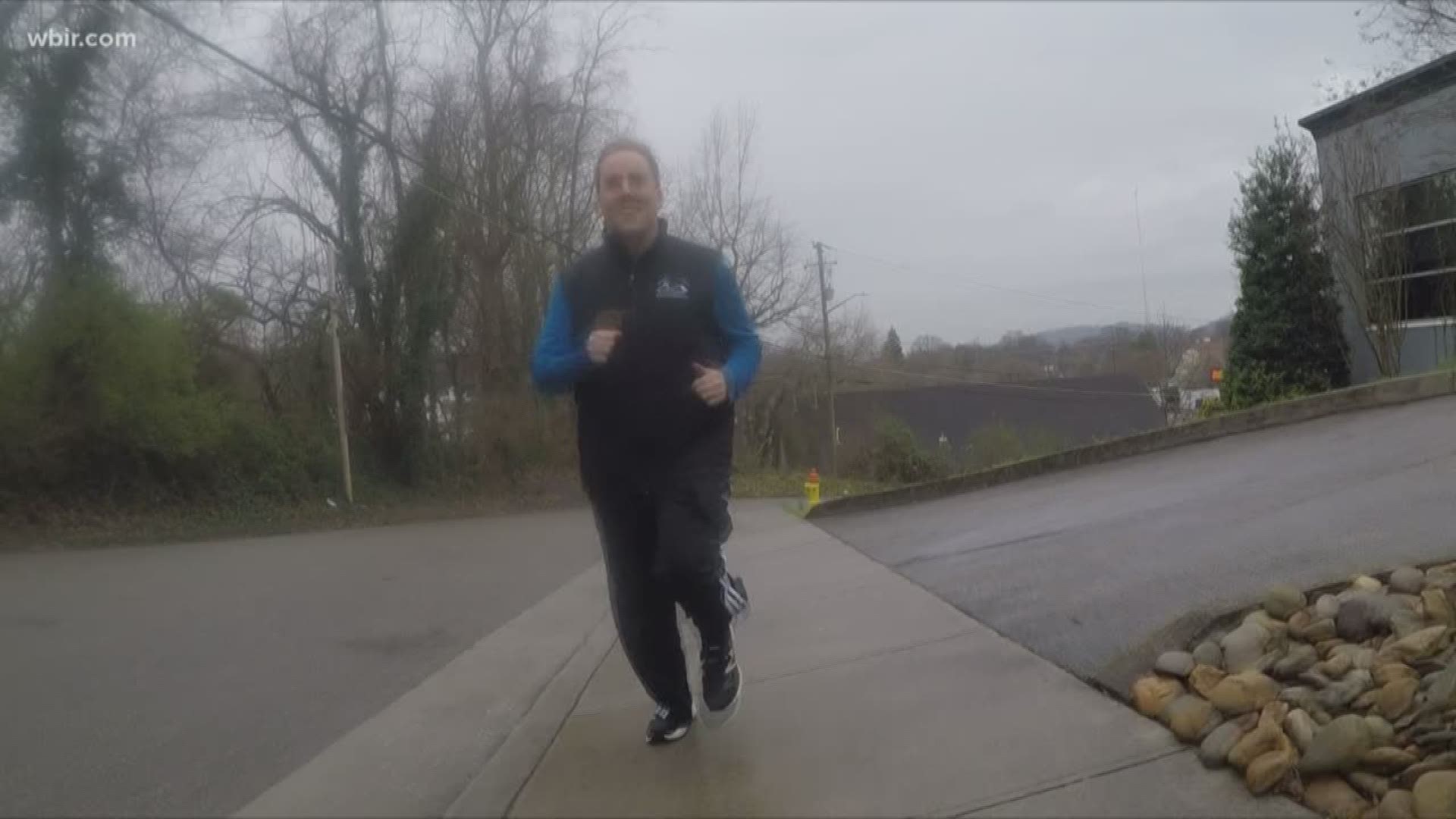 KNOXVILLE, Tenn. — You hear his voice in our Facebook Live videos. He's normally the person to respond to your tweets. Tom Barclay is the man behind WBIR's social media accounts.

"I'm a digital producer here also known as a multi-platform producer. When I started out, I was producing TV shows for nightside and afternoons. Then, I shifted my way into working on the digital side. I work as a social media producer, so I'm posting on social media constantly as well as writing up stories throughout the day," Barclay explained.

Social media is constantly changing, which is why Barclay says he likes the job. He's always learning something new.

So, it's no surprise, he said 'yes' when fitness trainer Missy Kane asked him to join this year's Covenant Health Marathon Team, even though he had never run it before.

"She just asked out of the blue and said, 'I'm putting together a team of all veterans. Would you like to join?' I took a little bit of consideration but thought, 'I actually want to do this because, at that point, I did want to make a change in my life at the time,' Barclay said.

Every member of the 2019 team is a military veteran. Before working in news, Barclay served seven years in the United States Air Force.

"I became an aircraft maintainer working on avionics specifically. I worked on C-130 aircraft in Japan for five of those years I was in. I got to travel the world and see a lot of cool sights and help a lot of people in different countries for things like disaster relief and humanitarian missions," Barclay said.

This latest mission is one to get fit. In the three months that he's been training, Barclay has completely changed his lifestyle.

"I'm a little bit thinner than I was two months ago when I started this. I was overweight. I had put on a lot of weight when I got out of the military. I think it's a familiar story with a lot of veterans when they get out of the military. You kind of let your training slip a little bit when there's no one behind you yelling or telling you that you need to get those run hours in," Barclay said.

The biggest challenge won't be on Sunday, but in the days and months that follow.

"It's not just about shedding the weight now or putting in these ten miles now. It's to continue to do this from here on out," Barclay said.

That's why, for him, the finish line is only the beginning.