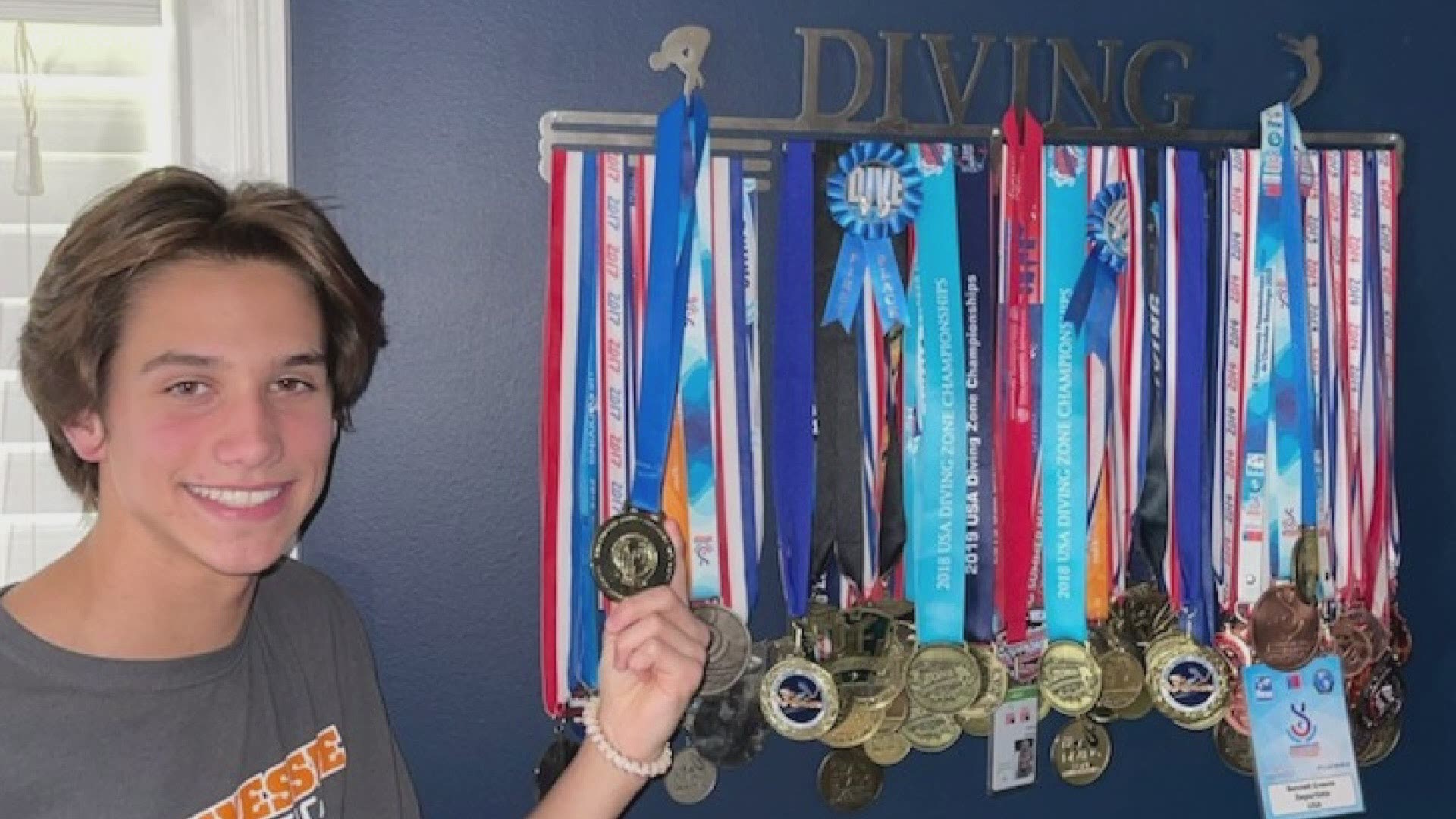 KNOXVILLE, Tenn. — Bennett Greene is amid an outstanding diving career and is a rising star. As a member of the Tennessee Aquatics Club and the USA Diving Junior National Team, he is a six-time national champion. He accomplished that before earning his driver's license. Greene is just a 15-year-old freshman.

On April 17, he reached another early-career milestone, becoming the 2021 Tennessee high school diving champion and breaking the state record by .05 points.

"It was a very nice pool," Greene said, describing the scene of the state championships at Ensworth High School in Nashville, Tennessee.

"It's a little nerve-wracking. I'm always nervous before I get on to the board, but as soon as I dive--or as soon as I get in the water--my nerves go away," he said.

Each competitor performs 11 dives during the state meet. After his 10th dive, Greene felt his total performance had been good. According to the scoreboard, it was better than good.

"At about round nine, or 10, I happened to glance up at the scoreboard and look and say 'man, that's close to the state record.' I didn't even pit one and one together," said VFL Michael Wright--a former national diving champion and Greene's coach over the last seven years.

The 15-year-old performed his final dive. Still wet, he went over to his phone and called his father, who had been watching in the stands.

“I said, ‘do you know what the state record was?’ I was just asking to see if I was close or not,” Greene said, recalling the phone conversation. “He says, ‘yeah, you got it by .05.’ I was so excited to hear that.”

In 2013, Sam Smith set the previous record with a score of 575.20. Greene left Nashville with a 575.25 final score and a first-place medal. Now, the focus is on this summer. He is working to earn a spot in the Olympic trials. However, he is not old enough to qualify for the 2020 Olympics, so that is the furthest he can go.

Come 2024, though, keep an eye out for the Knoxville native.