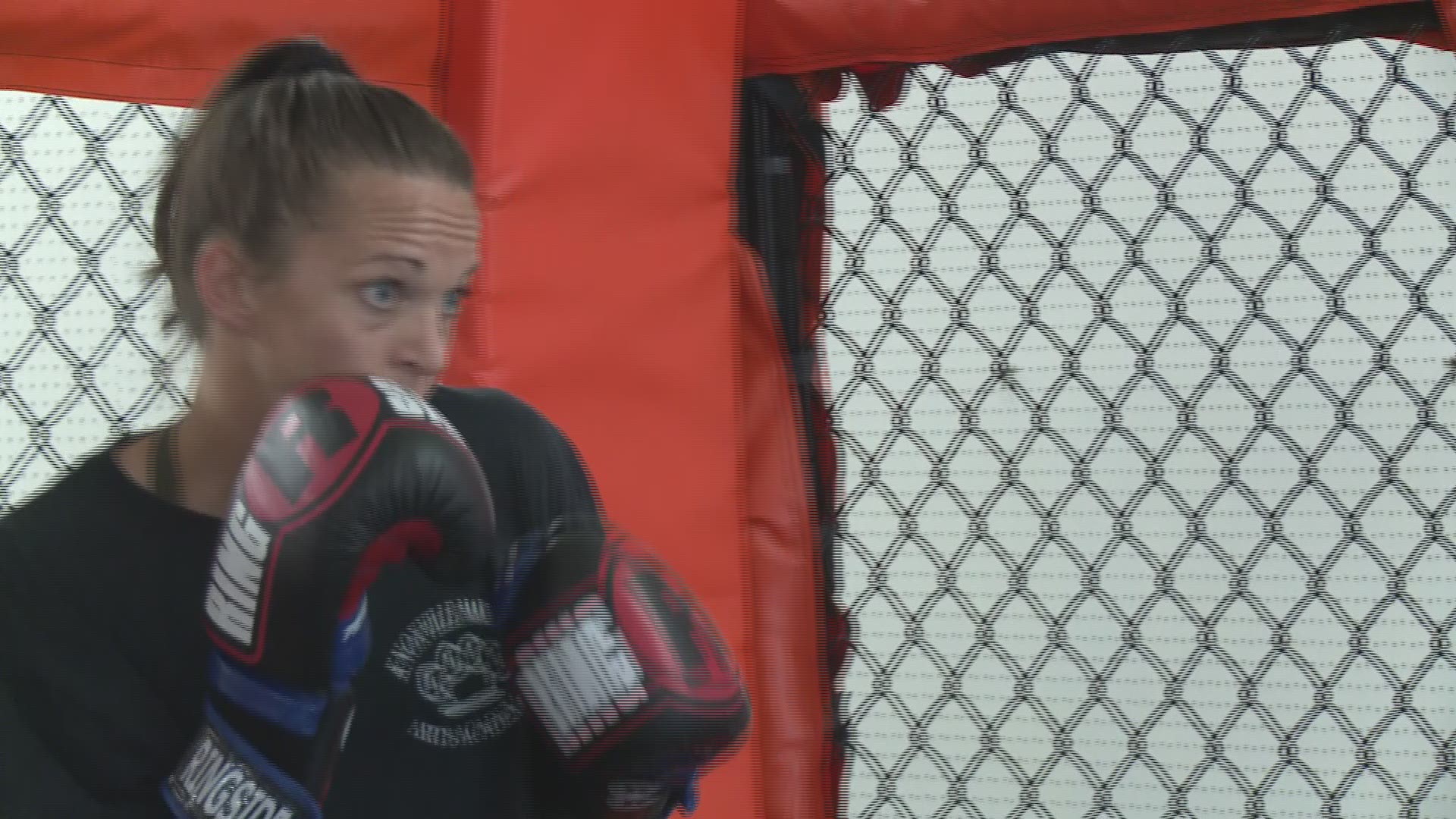 KNOXVILLE, Tenn. — Taylor Tuner has been an athlete for as long as she can remember. In her youth, Turner participated in gymnastics, figure skating and basketball. In college, she walked-on to the University of Minnesota rowing team.

Turner moved to Knoxville after graduation. That's when a friend suggested that she try MMA classes.

"At that time there weren't a whole lot of females that did it anywhere, much less a small town," Turner said.

She instantly enjoyed it because it was "physically enduring and a new challenge." She started training under Knoxville Martial Arts Academy President Eric Turner.

A week after she started training, she broke her wrist.

Taylor's new love for MMA drove her to every class. Training under Eric led to even more love.

"He tells me how impressed he was with just my desire to push forward and the love of the game." Taylor Turner said. "At first it was weird because I was like 'man, this is my happy place and if it doesn't work out...I get kicked out.'"

Things did work out. Eric and Taylor married in 2012 and have three children.

"What's the dynamic like? Well, if you have a relationship, you understand what they're like," Eric Turner said. "Our's is just we hit each other sometimes and it's totally fine."

In 2014, Taylor wanted to put her training to the test and have her first professional MMA fight. She won.

"I remember standing in the cage and everybody being like 'well what's next' and I felt like I had to say 'I want to be the UFC champion' or 'I want to be this,'" Taylor Turner said. "And that was the moment, for me, I think my record started to take a downturn."

Turner lost her next five fights. She was knocked out twice and tapped out three times. Neither fight passed the second round.

Taylor turned to sports psychology training and to fix the issue. That's when she rediscovered her love for the extreme sport.

Since then, she's won her previous two fights. Both wins came via a first-round stoppage.

"Ring rust is a real thing, so it's really good to see her be able to be comfortable in the cage," Eric Turner said.

"It was providential that, as soon as I was okay with myself being where I was and doing whatever, the next stage called," Taylor Turner said.

The next stage being Bellator MMA, one of the world's largest MMA promotions. On Friday night, Taylor competes in her first Bellator fight at Madison Square Garden.

"Win, lose, draw I'm ready for that," Taylor Turner said. "I'm ready to put my skills to the test there."