The owners are in the development stage now, but in just a year, soccer will be kicking off literally. 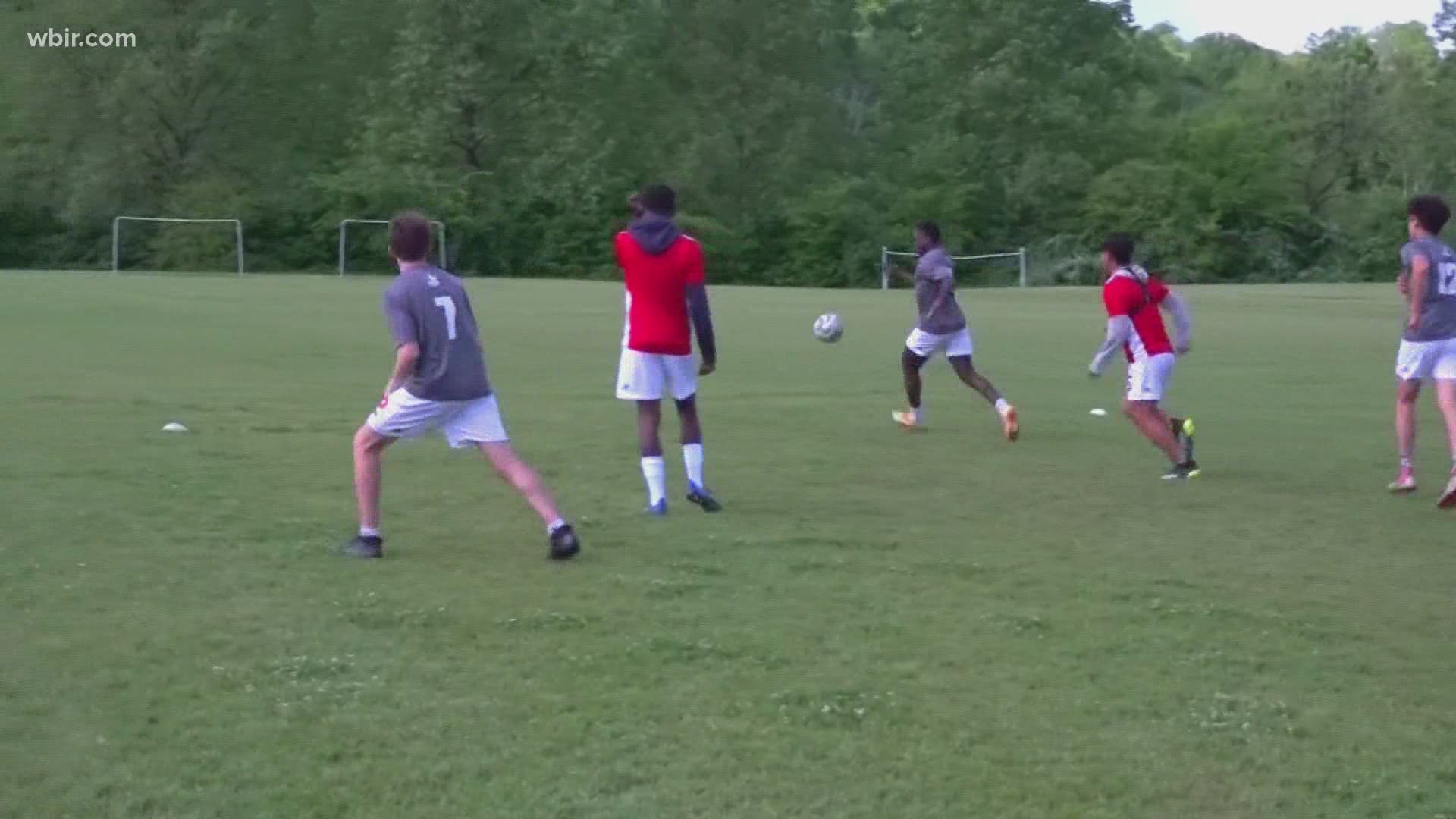 KNOXVILLE, Tenn. — Knoxville is getting its own professional soccer team and while the owners recruit players, hire a coach and get the team up and running, they are already reaching out to local clubs to make sure the sport is thriving all over town.

They have formed a strong relationship with Austin-East High School's soccer team and it's really made an impact.

Soccer has a worldwide fan base. The energy is contagious and it has caught on here in the US.

Soon Knoxville is going to have its own lower-level soccer club.

The owners are in the development stage, but in just a year, soccer will be kicking off.

Right now, though, they are busy reaching out to young up-and-coming soccer players in Knoxville trying to recruit fans at a young age.

“We think that 4 year old who's playing soccer at Soccer Shots is our target audience because when he or she comes to the game they're bringing their parents,” said McKenna.

And they have already formed a special relationship with the Austin-East High School team.

“We reached out to Austin-East early because we were focused on bringing soccer to East Knoxville and growing the game on that side of town,” said McKenna.

In fact, Knox Pro Soccer helped them secure UT's stadium for a game when opposing teams canceled games due to a recent uptick in violence.

“It's unfortunate that they've had to go through this at a young age. I don't think any age should go through so much death and tragedy in such a short amount of time,” said Jonathan Netherland, Austin-East’s soccer coach.

Coach Jonathan is committed to these boys and helping them grow through sports.

“It gives them an outlet to release some of that emotion and energy that may be pent up,” said Netherland. “It seems dark for a while, but if you fight back if you persevere, flowers will grow and that's what we are trying to do in East Knoxville.”

Being able to work closely with a professional team helps not only these high school players, it helps connect the sport to the community.

Knox Pro Soccer is asking for your help in naming the team. They have spent countless hours coming up with four possibilities and all this week on 10 News Today, we will reveal the names and the meaning behind them.