A Maryville girls basketball coach is fighting the hardest battle of her life after being diagnosed with cancer. 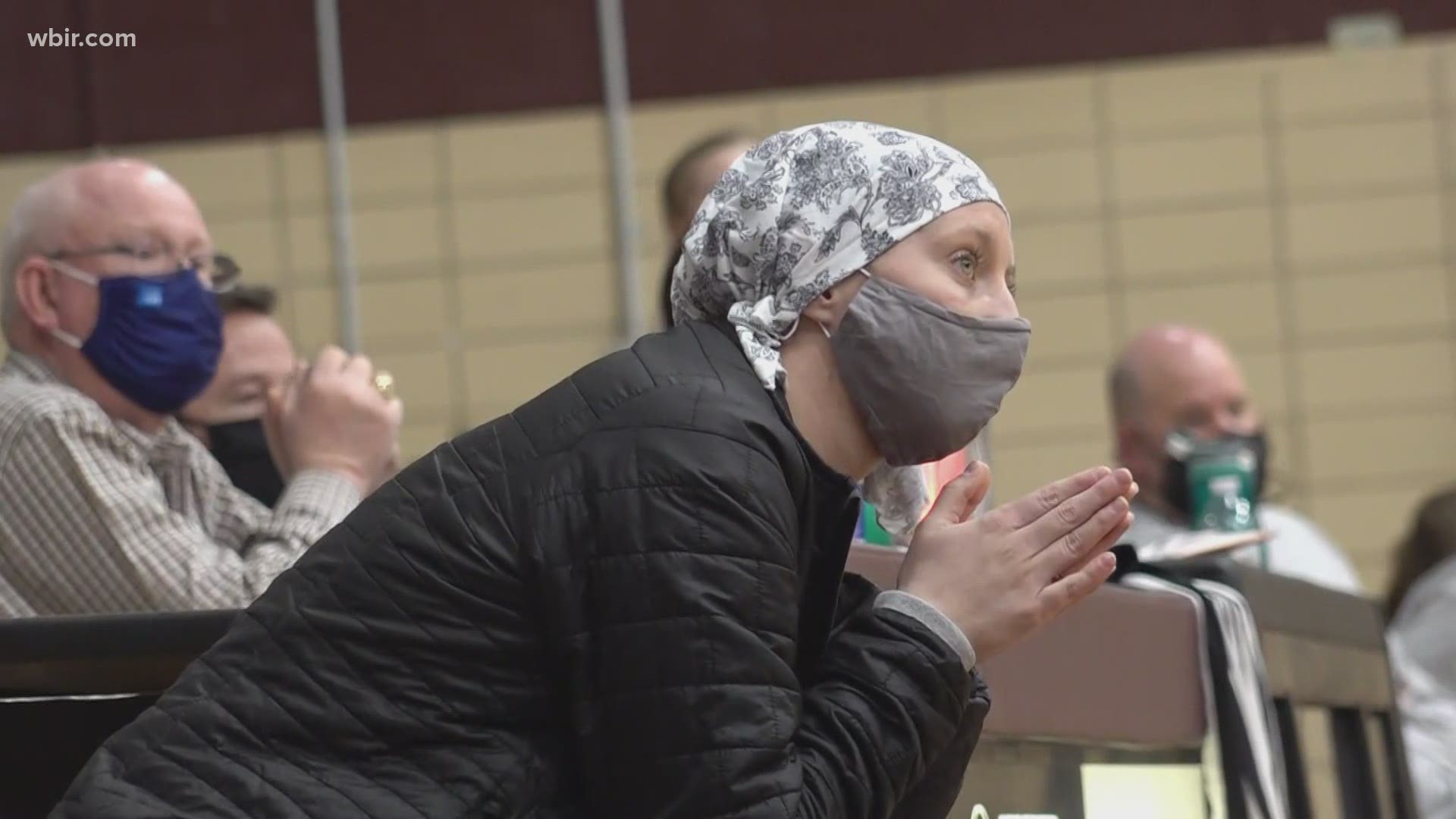 She was air lifted to the Vanderbilt Medical Center where she was diagnosed with Acute Myeloid Leukemia - an aggressive cancer of the blood.

"My first couple days there were the worst days of my life." Tillie said. "It’s kind of like, you never think it would be you. But there’s a reason that it is me and God has a plan and I know this too shall pass."

Tillie was a 1,000 point scorer at Maryville High School and went on to play college basketball at Shorter University and finishing at Lee University.

For those who know Kayla, they describe her as a light to everyone. A motivator, a competitor on and off the basketball court.

Now, the 24-year-old is fighting her biggest battle yet, but she’s seen she’s not fighting alone.

The basketball communities of District 4-AAA came together this season to show their support for Kayla by wearing custom T-shirts that say, KT strong. Shirts that honor a warrior.

"Trying to get our kids to understand, playing the game of basketball is a fun thing, but there’s bigger things in life." Bearden girls basketball coach, Justin Underwood said to wearing the KT Strong shirts. "Kayla is a young lady that if any of my kids turned out like her as far as who she is on and off the floor, she’s a great young woman."

Tillie said the support the basketball communities showed her gave her strength she could lean on during her darkest days at Vanderbilt Hospital.

"It’s just so much bigger than basketball sometimes." Tillie said. "With how everyone has rallied around me, and supported me in every way possible."

Now, as Kayla has started her third round of chemotherapy, she waits to get the results of her most recent scans to see when she can start a stem-cell transplant. In the time she spends waiting, Kayla reminds herself to see the beauty in all the little things she might have missed before.

"Just appreciate every single day and not take anything for granted anymore." Tillie said. "I have bad days, but God keeps me positive."

The Maryville girls basketball team will travel to Oak Ridge Monday night in the semifinals of the region tournament.