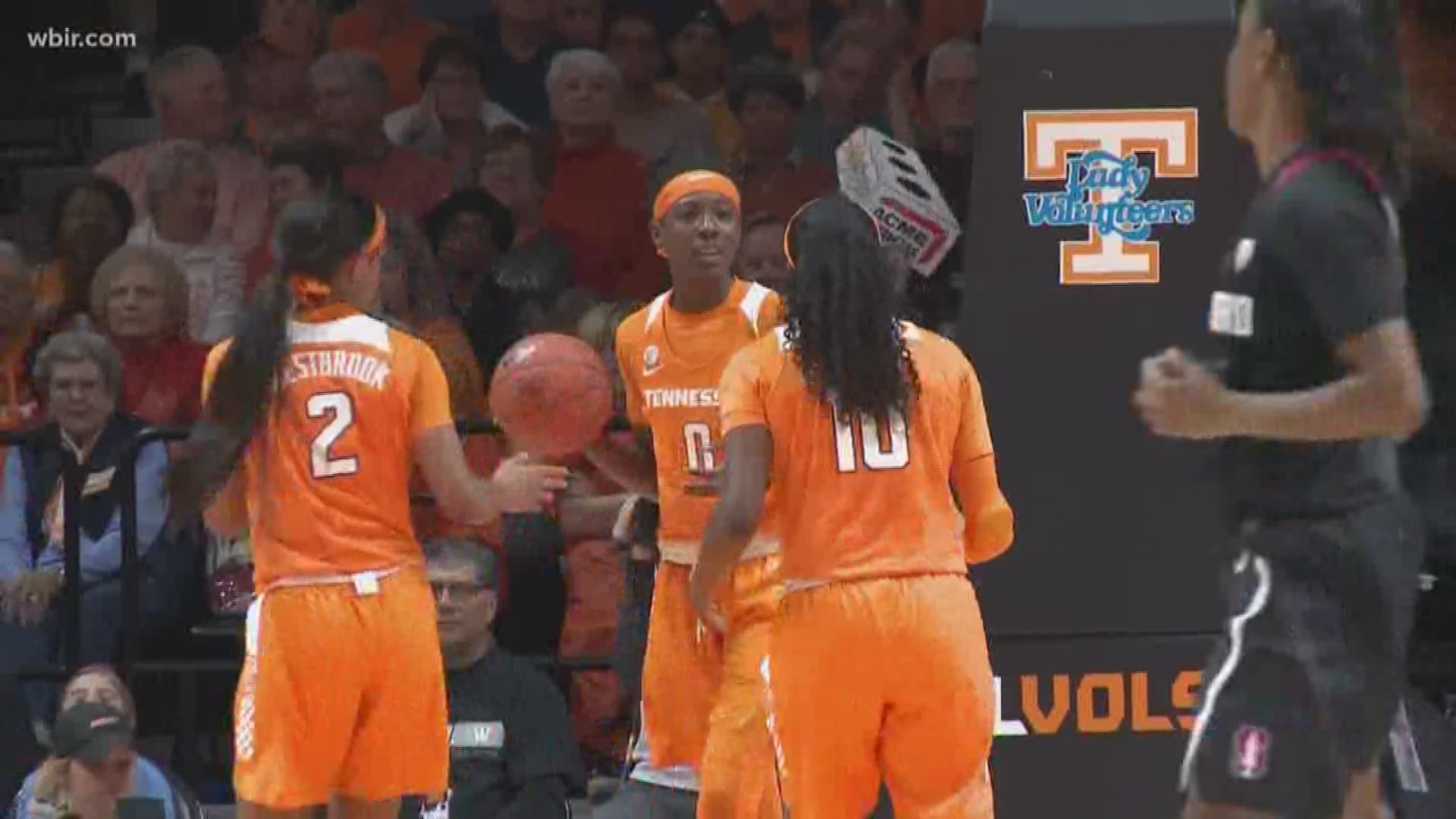 Tennessee's Rennia Davis missed a jumper that would have put the Lady Volunteers  (12-2, 1-1 SEC) ahead with less than five seconds left and then missed a hurried shot at the buzzer.

Cunningham had six points and six assists to go along with her 20 points. She also irritated the Tennessee crowd late in the third quarter by elbowing Davis while beginning a drive to the basket.

Although Cunningham's basket counted, she was called for an unsportsmanlike foul after replays showed she had delivered the elbow. Davis made the ensuing two free throws.

Lauren Aldridge added 12 points as Missouri beat the Lady Vols in Knoxville for the first time.

Davis and Evina Westbrook each scored 16 points for Tennessee, which had a four-game winning streak snapped. Cheridene Grene had 13 points and 14 rebounds. Zaay Green added 11 points.

In a game that neither team ever led by more than five points, Missouri was ahead 65-60 when Tennessee staged one last rally.

Zaay Green made a three-point play to cut Missouri's lead to 65-63 with 1:28 remaining. Westbrook had a chance to tie the game when she went to the foul line with 59.4 seconds left, but Missouri maintained a 65-64 advantage after she missed the second of two free throws.

Cunningham missed a shot on Missouri's next possession, giving Tennessee another opportunity. Tennessee called a timeout with 19.6 seconds left and got the ball to Davis, whose shot hit the left side and the right side of the rim without going through.

After Cunningham made one of two free throws with 3.1 seconds left, Tennessee called another timeout and got the ball at midcourt. The Lady Vols again threw to Davis, who dribbled to her left and missed a shot as the buzzer sounded.

Missouri: The Tigers' 3-point shooting was too much for Tennessee. Missouri shot 10 of 22 from beyond the arc.  Cunningham, Troup and Aldridge were a combined 10 of 14.

Tennessee: The Lady Vols couldn't overcome an off day from senior Meme Jackson, who scored just two points and missed all nine of her field-goal attempts. Jackson was averaging 14.8 points was coming off a 27-point performance in a 78-69 victory at Auburn.

Tennessee hosts No. 16 Kentucky on Thursday.

(Copyright 2019 The Associated Press. All rights reserved. This material may not be published, broadcast, rewritten or redistributed.)