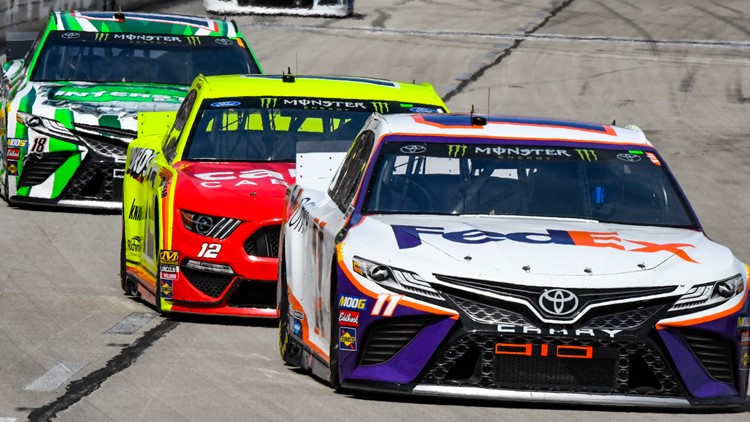 NASCAR recently announced changes to the 2020 schedule, including moving the Bristol Night Race from August to September.

These changes could be good news for race fans when it comes to weather.

Just like 2019, the 2020 NASCAR season will begin with the Daytona 500 - where the average high in Florida in early February is a comfortable 72 degrees.

Then, the series goes west to Las Vegas, Fontana and Phoenix, moving the Atlanta race to the fiifth race of the season. This change should allow Atlanta to have a warmer date.

The other big change in the beginning of the year is moving Martinsville to May, and replacing their traditional March date with Homestead. As you'd imagine, Homestead Miami is pretty warm year round. 17 degrees warmer than the average temperature in Martinsville in early May. With Martinsville now having their Spring race at night in early May, the conditions should be much warmer for fans.

Through the late Spring and early summer months, there aren't many noticeable differences in terms of the weather you'd expect. Pretty much everywhere, it's warm, with a chance for of some summertime showers or storms. One concern however may be moving Daytona to August instead of July. This puts it closer to the peak of Hurricane season, which is Sept. 10. In place of the traditional July 4 race at Daytona is the Indianapolis race- where highs are traditionally in the mid 80s.

When NASCAR rolls into Bristol in September, the climatological average high is 78, while the average low is 54. This is slightly cooler, but still mild. There's also a 16 percent lower chance of rain, due to the race moving out of the pop up shower and storm setup we typically see in August.

Overall, based on climatology, the 2020 schedule trends warmer than the 2019 schedule. The rain chances are even, and the odds of extreme heat or cold are less. Sounds like a win-win for fans!