'My All' Campaign aims to provide resources to support student-athletes' academic, competitive pursuits 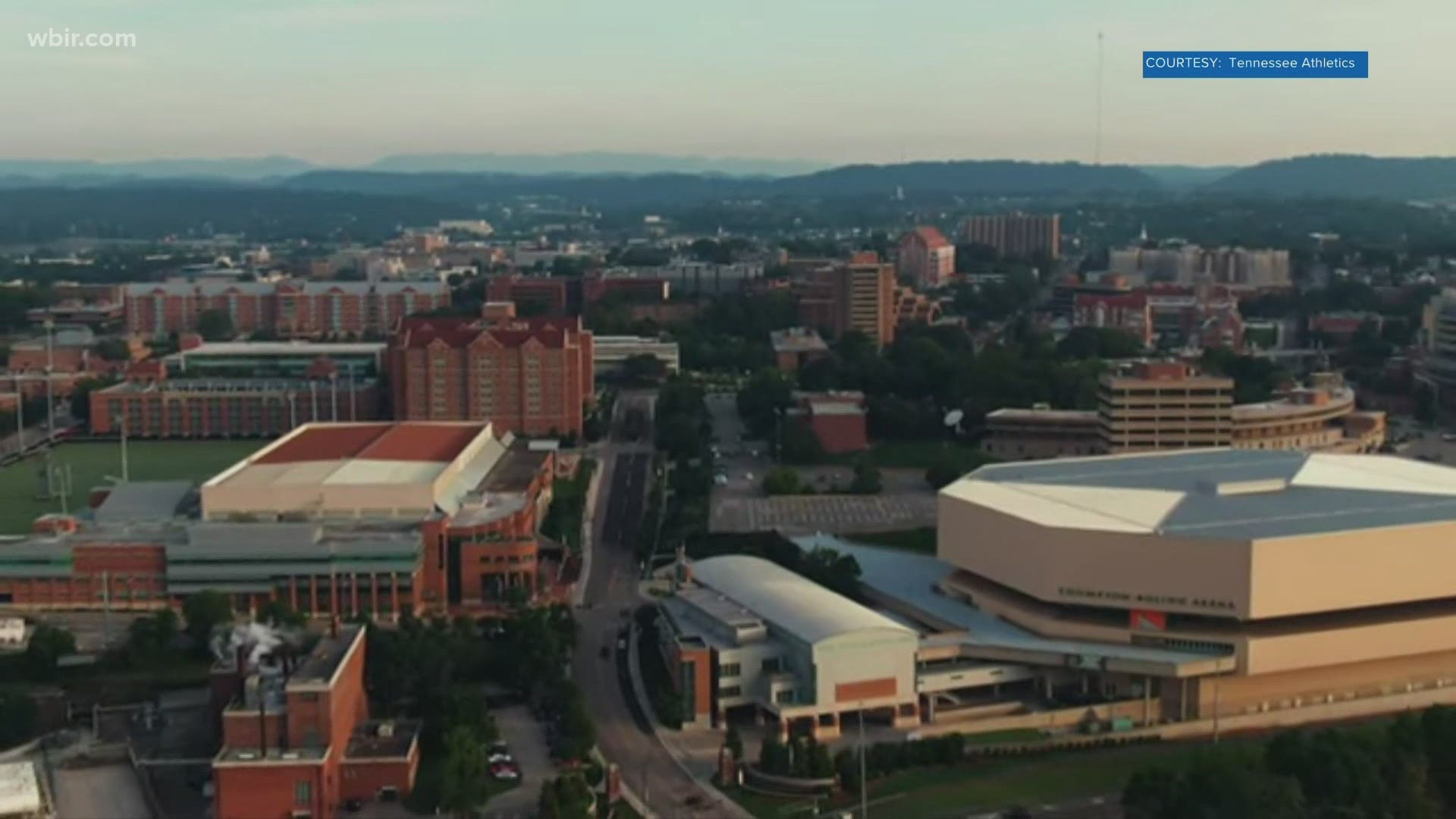 KNOXVILLE, Tenn. — On Wednesday, Danny White, the Director of Athletics at the University of Tennessee, announced the launch of the "My All" Campaign.

The campaign aims to impact each of Tennessee's 20 varsity athletic programs by providing championship resources to support student-athletes' academic and competitive pursuits.

In an attempt to "ensure Tennessee's ability to provide a transformational student-athlete experience for current and future Vols and Lady Vols," UT has an ultimate goal of $500 million. UT officials said the campaign has close to $200 million already committed.

Roughly $70 million are going to be targeted for strategic investments in Neyland Stadium and the Anderson Training Center, according to officials.

Campaign funds will also allow for strategic investments impacting every athletic program on campus in accordance with the department's comprehensive facilities master plan, which was concluded in the Fall of 2020.

According to UT officials, White and his team are studying options on the best path forward for Tennessee's baseball facilities as well as the development of an indoor track & field facility.

"Everyone who loves the University of Tennessee and this athletics program wants Tennessee to be the best," White said. "That aligns perfectly with my vision—it's why I'm here. Together, we're going to set a new bar for relentlessly pursuing that goal. But we need everyone to be all in. We have to be aggressive, and we have to be bold."

Thousands of additional Tennessee Fund donors have contributed as well.

UT officials said that another key element for the campaign is the Shareholders Society. These members provide championship resources for student-athletes across all 20 sports while enjoying unique stewardship opportunities and benefits that expand accordingly as commitment levels increase.

White also has plans to engage the Tennessee fanbase in unique and creative ways to seek input on multiple gameday fan experience enhancement and amenity options in the months to come.

If you want to learn more about how you can participate in the "My All" Campaign, click here or call the Tennessee Fund at 865-974-1218.