23-year-old Natalie Decker is the only female racing this season in NASCAR's Xfinity Series in 2021. 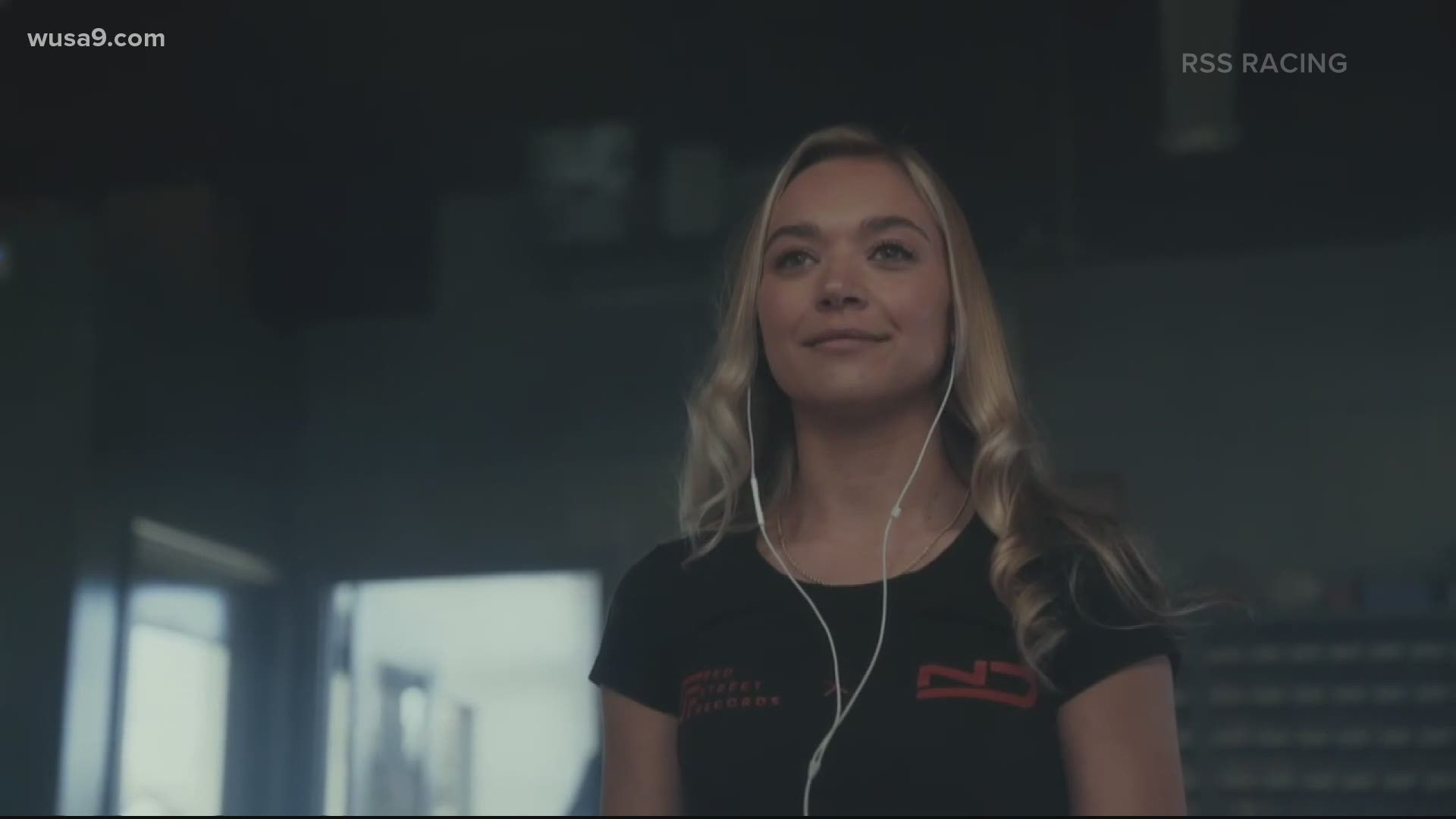 WASHINGTON — When the Daytona 500 kicked off the 2021 season for NASCAR’s Cup series last weekend, there were no women racing around the famed Florida track. The last woman to race in NASCAR’s top tier was Danica Patrick in 2018 But now, there’s a new woman climbing up the ranks.

23-year-old Natalie Decker is the only female racing this season in NASCAR’s Xfinity Series -- just one step below the Cup series … the are a few females in the ARCA and TRUCK series, but Natalie is the closest to the Cup.

Decker raced in her first Xfinity Series race on Saturday at Daytona.

That moment did happen about 5 p.m. Saturday when the green flag was waved at the Daytona Road Course. Unfortunately, as Daytona is known for its crashes, Natalie fell victim to one. She wrecked and her Number 23 Chevy had too much damage to finish the race. Natalie’s next Xfinity Series race will be April 24 at Talladega.

“It’s so crazy to think about. it's true I’m the highest right now in the NASCAR series. Growing up it was obviously a dream of mine to race in NASCAR, the last two years we were racing in the Truck series, and I was like 'here we are, we are racing in NASCAR,'" said Decker in an interview before her first race. "Now in 2021, I’m moving up a level and I couldn’t have even dreamed of something this crazy. I’m going to be racing in the Xfinity Series and when I was a little girl I just dreamed of this.”

In her first year in the Xfinity Series, she has joined RSS Racing, managed by Raume Brothers Racing.

“I’m with RSS Racing, managed by Reaume Brothers Racing, and I’m so thankful for these teams that I’m with, said Decker.

Red Street Records is Decker's main sponsor for the 2021 season.