Most of Tennessee's Class of 2020 is accounted for. Expect a couple of additions on National Signing Day. 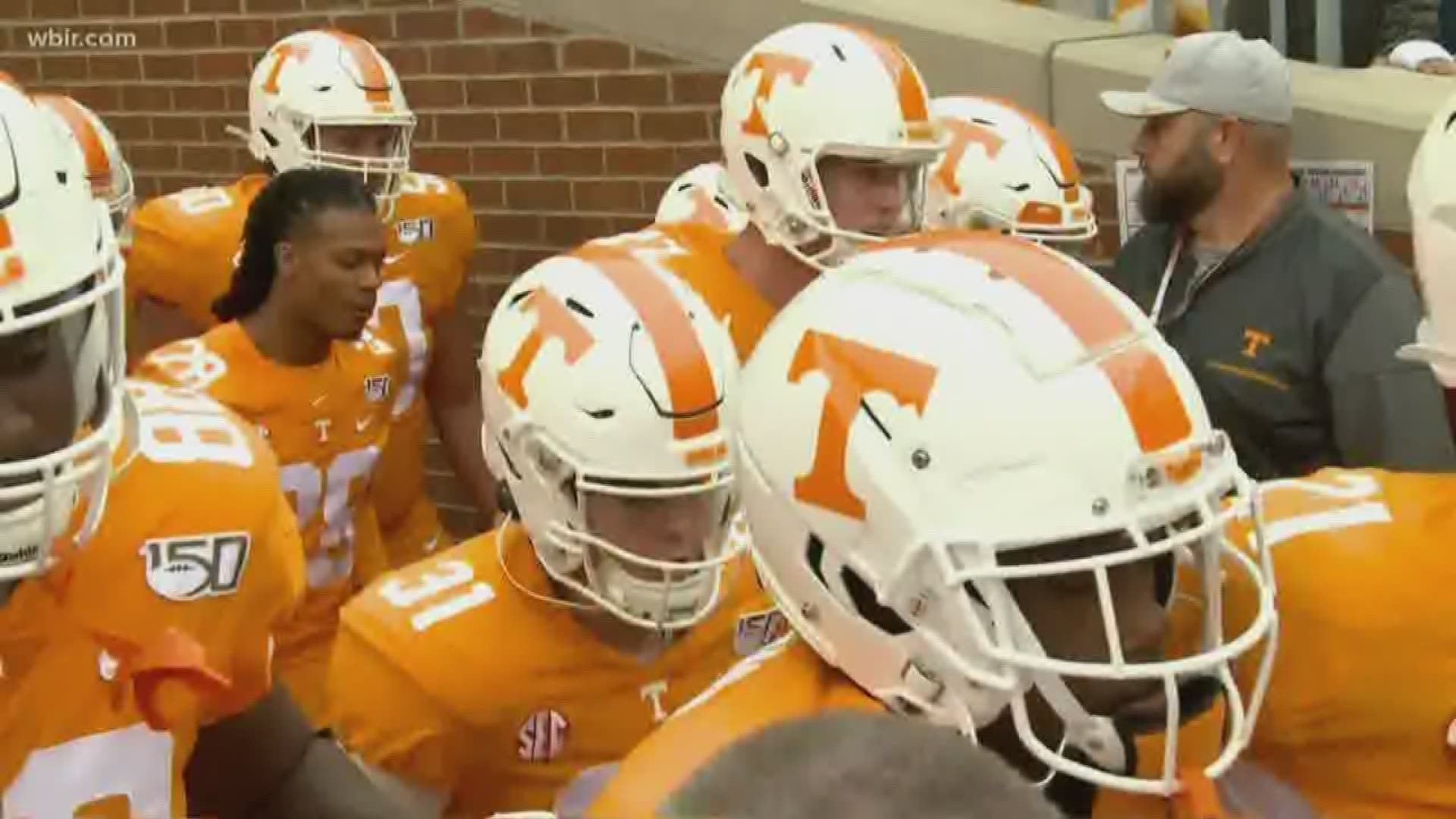 KNOXVILLE, Tennessee — When it comes to Tennessee football, college football as a whole for that matter, National Signing Day isn't what it used to be. Or perhaps, I should say, it's not quite as active.

The Early Signing Period back in December pushes a lot of programs to sign on the majority of its classes before the calendar even turns a year.

Take the Vols for example: 21 players signed back in December, four of them are already on campus. When you factor in the transfers, players like Cade Mays and Velus Jones Jr., there isn't much room for the Vols in the Class of 2020.

But that doesn't mean all the seats are taken either. The Vols added highly-regarded recruits Dee Beckwith and Malachi Wideman on National Signing Day.

Tennessee now has the 10th rated class in the nation according to the 247 Sports' 2020 recruiting class rankings.

"I think recruiting has a little bit of momentum to it," head coach Jeremy Pruitt said. "When you get guys that start committing to a certain school, guys want to be a part of that. Right now, we won six straight games and seven out of our last eight. That created some momentum on the field and some momentum in December.

"He's a versatile guy, he could be a receiver, tight end, running back. 6'4" 215 pounds, the kind of body you can do a lot of things with on either side of the ball," GoVols27's Ryan Callahan said.

"He's a guy that we targeted really early," Pruitt said. "He's one of these guys that in high school football had the ball in his hands a lot. He played wildcat quarterback, running back, wide receiver, safety and some linebacker. He's a guy that projects to play a number of positions, but when you watch him play, where he's the most dynamic is when the ball is in his hands. That's what we're going to do with him when he gets here is we're going to give him the opportunity to put the ball in his hands. But again, he's just a fantastic athlete." 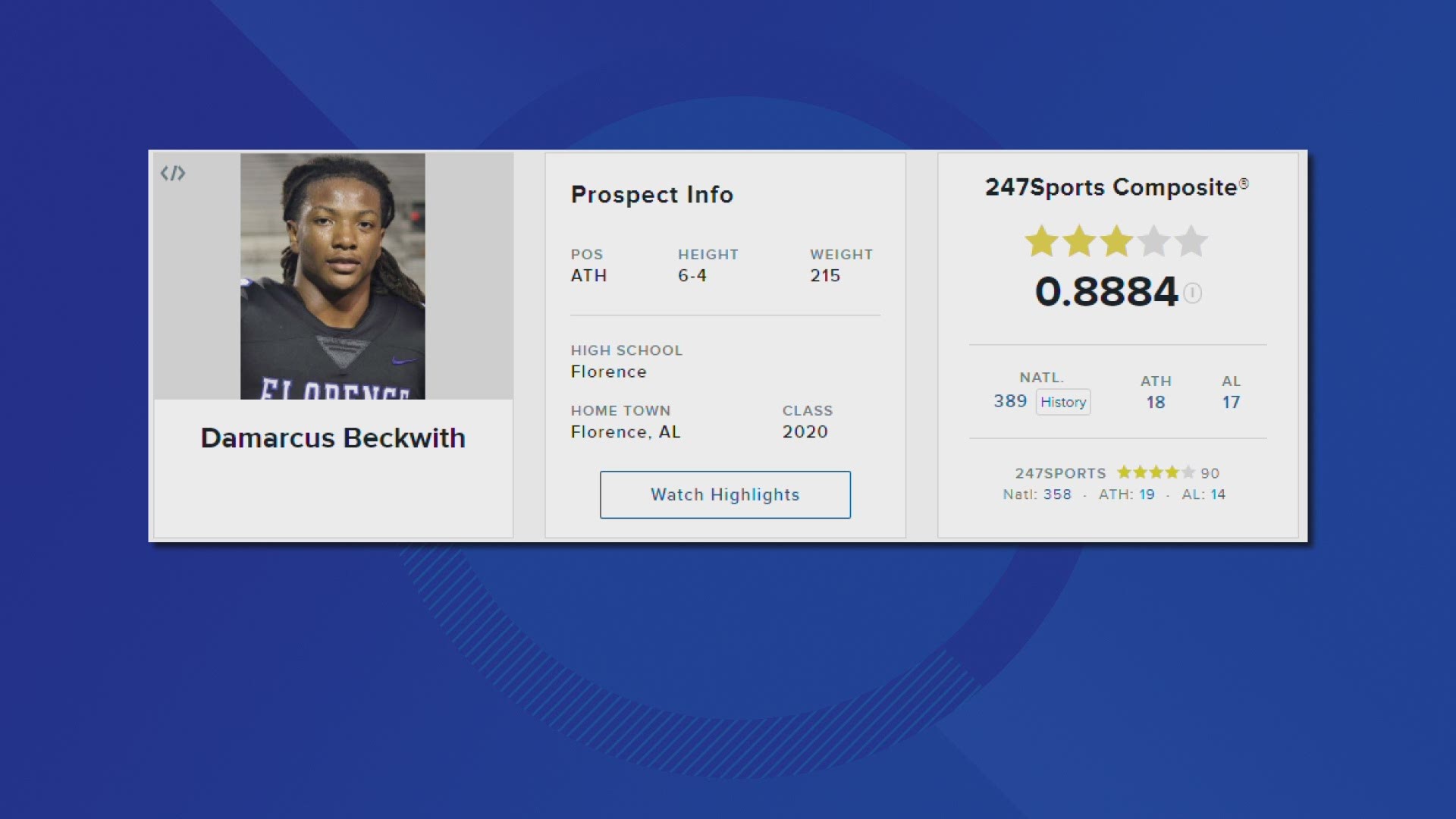 "The guy is an unbelievable athlete," Pruitt said. "I had the opportunity to watch him play a basketball game and you can just see the athleticism all over the basketball court. When you watch him on the football field, his catch radius, his instincts to play the position, his ability to high point the football, his toughness and the fact that he's a very fluid athlete means that he has a very high ceiling and we're really excited to have him as a part of our program." 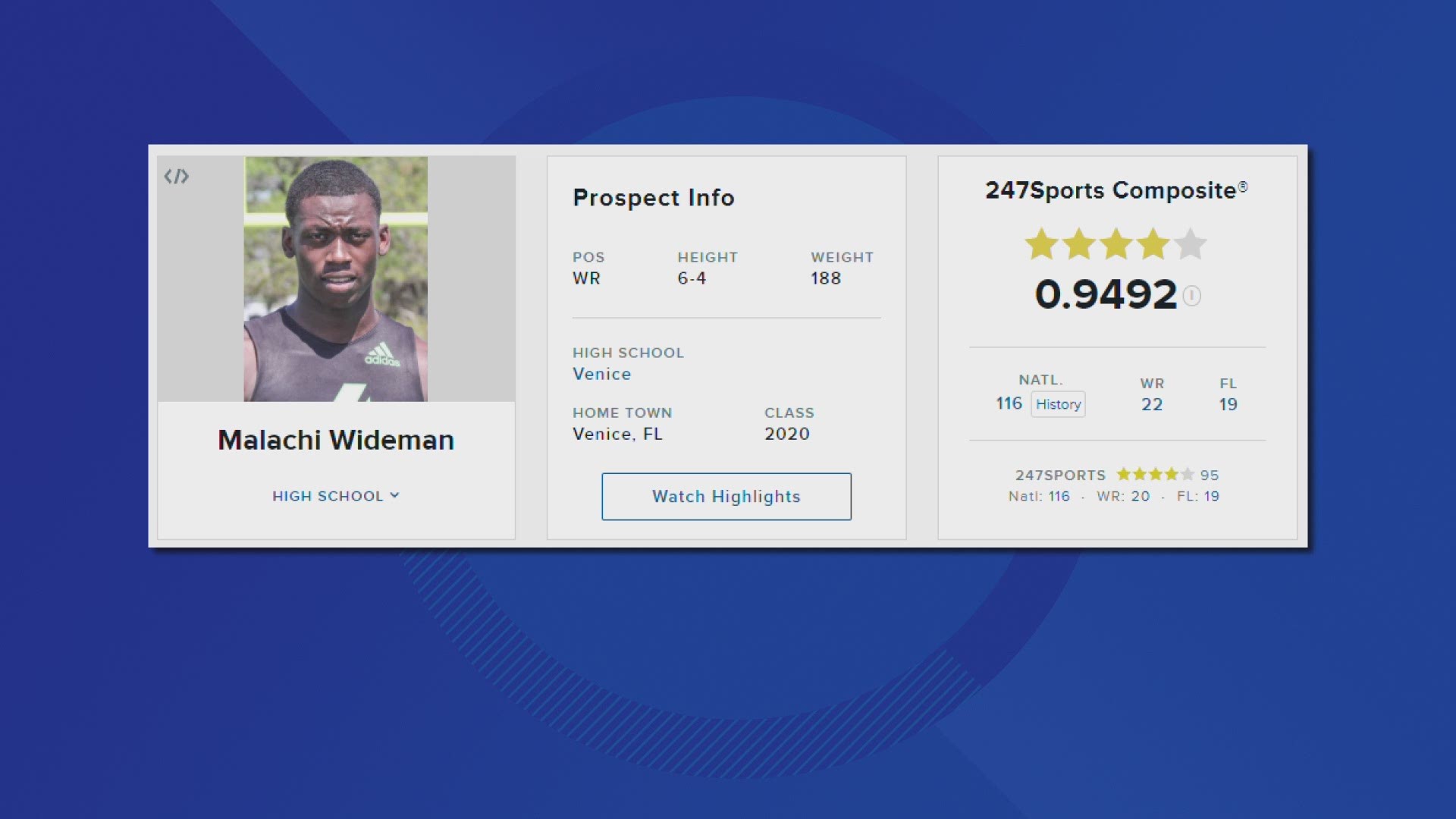 Wideman also plays basketball and Pruitt said both guys could have a chance to play for Rick Barnes' basketball team.

The final name to keep an eye out for will be five-star running back Zachary Evans. He's ranked as the No. 2 247Sports Composite running back in the country and has a lot of talent. He initially signed with Georgia during the early signing period, but was released from his National Letter of Intent. Tennessee is in the running for Evans, Callahan said, but he most likely won't make his final decision on National Signing Day.

RELATED | Local student-athletes sign to play at the next level

"He has one more official visit to take and he can't take it until March," Callahan said.

Tennessee will hold a press conference later in the day on Wednesday to address the Class of 2020. There will then be three separate "National Signing Day Celebration Events" on Feb. 5 in Knoxville and Feb. 6 in Memphis and in Nashville.