On top once again. 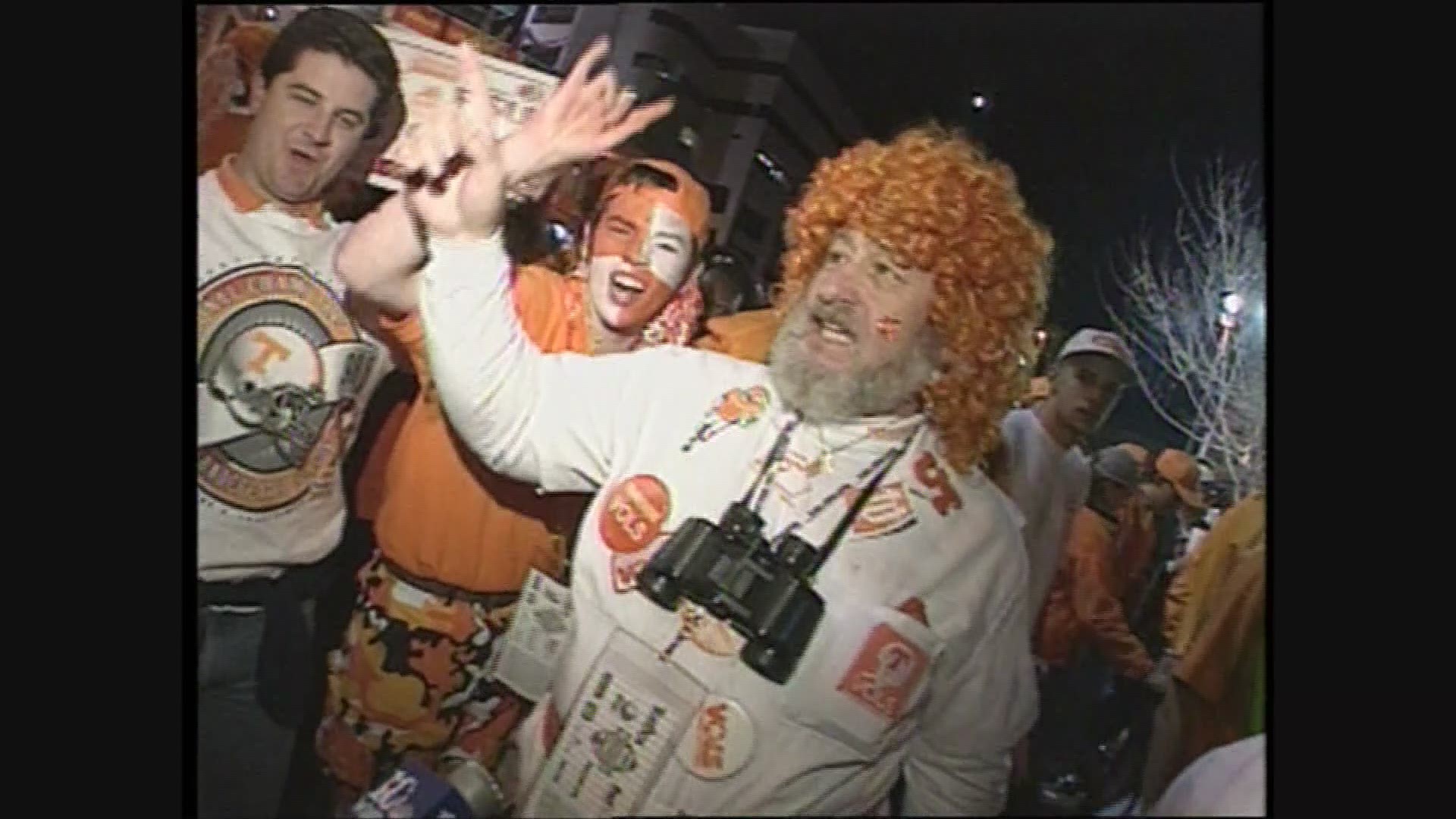 Tennessee head coach Phillip Fulmer reflected with the media after the team's second straight SEC Championship Title, this time over Mississippi State. It was the first time a UT football team won 12 games in a single season (it hasn't happened since). But there was another step, something more had to be done.

1 / 17
4 Jan 1999: A picture of the National Champion Trophy for the winner of the Tostitos Fiesta Bowl Game with the Tennessee Volunteers against the Florida State Seminoles. The Volunteers defeated the Seminoles 23-16.

It was one month away. It was already on Fulmer's mind.

The Florida State Seminoles were the only thing standing in Tennessee's way. Coming into the final week of the season, FSU's chances of making it to the title game seemed slim, but they were able to leap into the picture after undefeated Kansas State and UCLA fell. 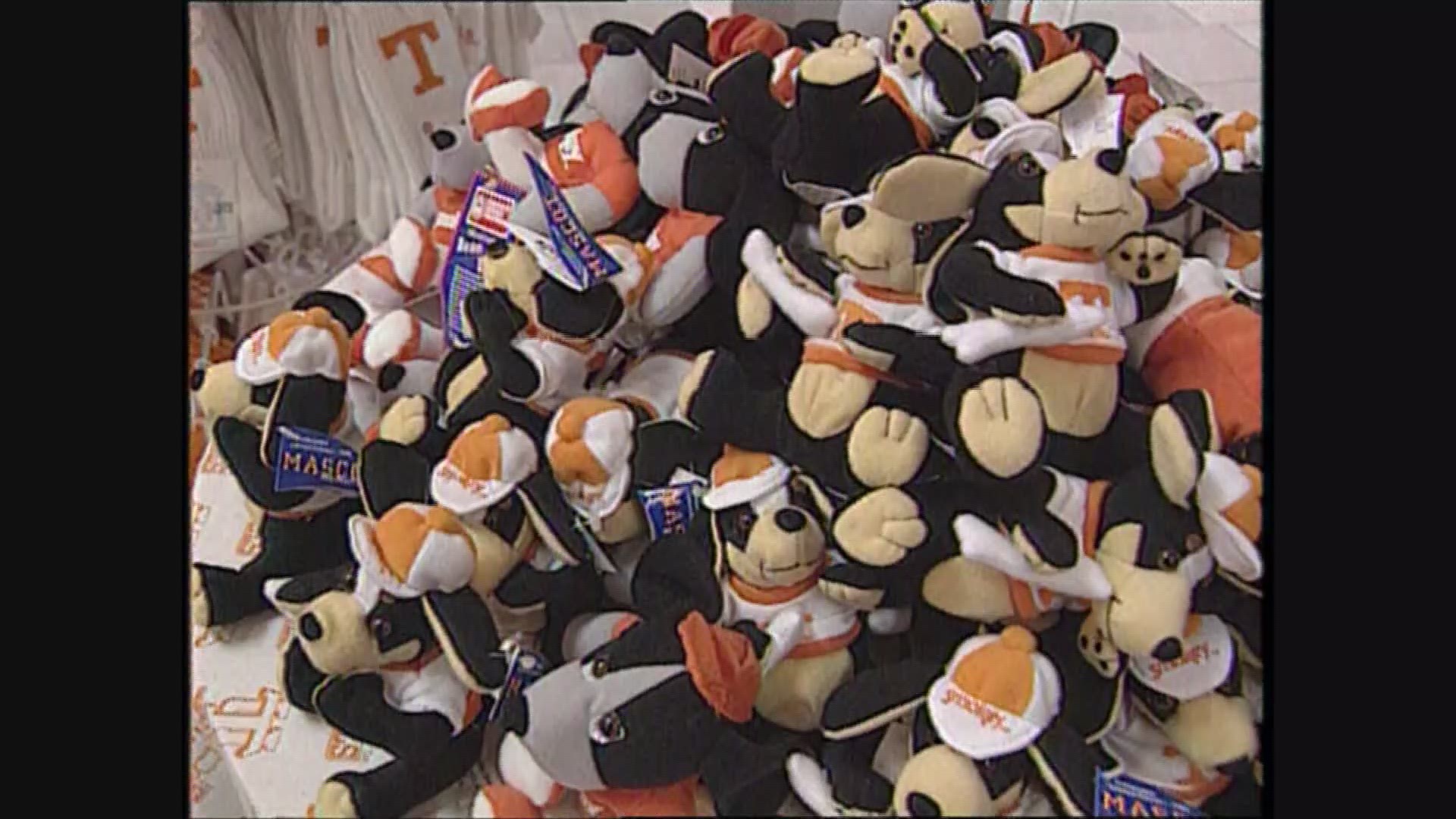 Tennessee had some adversity to prepare for prior to kick off against the Seminoles. Offensive coordinator David Cutcliffe was leaving the program to be the head coach of the Ole Miss Rebels. His final game with UT would be the conference championship.

"The last thing I told Coach Fulmer was I love him and I mean that sincerely. He told me he loved me and that's hwo we feel," said Cutcliffe. The now conference rival was confident in his former team's ability to win it all, even without him in the booth.

"They're going to be fine, these guys, it'll just be a proud moment for me. I know this team is going to refuse to lose it has a mission and a sense of purpose and that's been instilled in them so I'm just going to be more proud than anything else."

In the meantime, running back coach Randy Sanders would call plays for the first time.

On January 4, the two met on the field in Tempe, Arizona. It was a chance to write history as the first champions in this new postseason format.

The game featured two of the best defenses in the country. A heavyweight slugfest from the word go.

The Vols got the ball to start things out. The drive stalled early on, but was given a push to get going again after a Florida State roughing the kicker penalty. Quarterback Tee Martin found receiver Peerless Price downfield for a 25-yard gain and later took the ball himself another 20 yards. Senior kicker Jeff Hall lined up for a 32-yard field goal. The kick is up... and wide right.

Early mistakes would be a theme for UT.

The very next drive the workhorse running back Travis Henry coughed up the ball on a run to the outside.

Tennessee gets the ball again, this time on its own 12-yard line. This time, points would be had.

Martin drops back, pumps once, throws it and finds Price again, streaking down the numbers. He's caught from behind, but not until he flips the field position. Tennessee sits at the Florida State 12-yard line. The biggest play of the game so far, but the Vols can't capitalize. Hall must come out and kick another field goal.

The ball is up, the kick is on its way and it's good! Hall redeems himself after an early mistake... wait... there's a flag on the field. Another roughing the kicker penalty. Tennessee's drive had life once again. 1st and goal from the 4-yard line, Sanders gets a little tricky with the play call. Travis Henry gets the pitch and throws it into the end zone, but he doesn't get much under it. The ball falls short of tight end John Finlayson. The very next play, Martin runs a play action, rolls out to the left and hits fullback Shawn Bryson in stride. The senior turns up field and blasts through the corner of the goal line. Vols are on the board first, up 7-0.

For most of the 1998 season, Florida State was led by former minor league baseball player Chris Weinke. Weinke initially signed a national letter of intent with the Seminoles, but was drafted in the second round of the 1990 MLB draft and decided to follow the baseball dream. He returned to Tallahassee in 1997 to play football, eventually winning the Heisman Trophy... but not in 1998. In 1998, 10 games into the season, a neck injury against the Virginia Cavaliers sidelined him for the rest of the year. So come January 4, the Vols were facing Marcus Outzen. For the young quarterback, the key to victory was managing the game, letting the defense and his offense make plays, while being sure not to make a critical mistake.

We go now to the second quarter, down 7-0, Outzen just completed a pass down the left sideline to receiver Ron Dugans, picking up 29 yards. With 13:51 left in the half, on his own 49-yard line, Dugans drops back, looking in the direction of iconic college football wide receiver Peter Warrick. Tennessee defensive back Dwayne Goodrich had the challenge of following Warrick all night, doing his best to keep him from making too many plays. Outzen stared down Warrick. He held the ball a little too long, throwing a little too late on the out route. Warrick never had a chance. Goodrich stepped in front of the ball, took a step and had nothing between him and the waiting arms of Smokey but 49 yards and some grass.

A pick six for Goodrich. Touchdown Tennessee. The Vols lead Florida State 14-0 in the national championship.

The Seminoles weren't out of it yet though. A Martin interception set FSU up with the ball inside the 5-yard line, where a William McCray extension on 3rd and goal cut the UT lead, but even when they succeeded, Florida State found a way to make things more difficult for themselves. A low snap resulted in a missed PAT for kicker Sebastian Janikowski. FSU trailed 14-6.

Things took a bad turn for the Vols right before halftime. Goodrich played very well against Warrick until he wasn't physically able to anymore. Diving for a ball in the corner of the end zone, Warrick landed on the back of Goodrich's leg, hurting his ankle. X-rays came back negative during halftime, but Goodrich would not be able to return to the field. Steve Johnson would have to fill in his shoes covering one of the best receivers in the country.

Going into the second half, 30 minutes stood between Tennessee and a national championship. In the third quarter, mistakes continued to pile up. UT started a drive at the FSU 35-yard line, only to have Martin throw an interception in the end zone. Both defenses were dominating.

"We knew we had to be patient, we knew there were some plays to be made," said Fulmer.

He was right, the time would come. With 9:28 left to play in the game, Tennessee clung to a 14-9 lead. Florida State's offense was moving better, it was only a matter of time until the Seminoles scored. 3rd and 9 from his own 21-yard line, Martin dropped back and threw deep down the right sideline, past the Florida State defenders, over the outside shoulder of Price. He had a step on his man.

It was all he would need.

"I just felt like my team needed a big play," said Price, "we needed another score."

The next play from scrimmage for FSU, with Outzen looking downfield, defensive lineman Shaun Ellis hit his blindside, the ball came loose and Billy Ratliff landed on it. Tack on a Jeff Hall field goal, and the Vols had done it. Even with one last flurry, the Seminoles couldn't stop Tennessee and destiny.

As the final seconds ticked off the clock, Martin took a knee, Price tossed his helmet high into the sky and Fulmer put on a new hat with the words "National Champions" embroidered in orange. 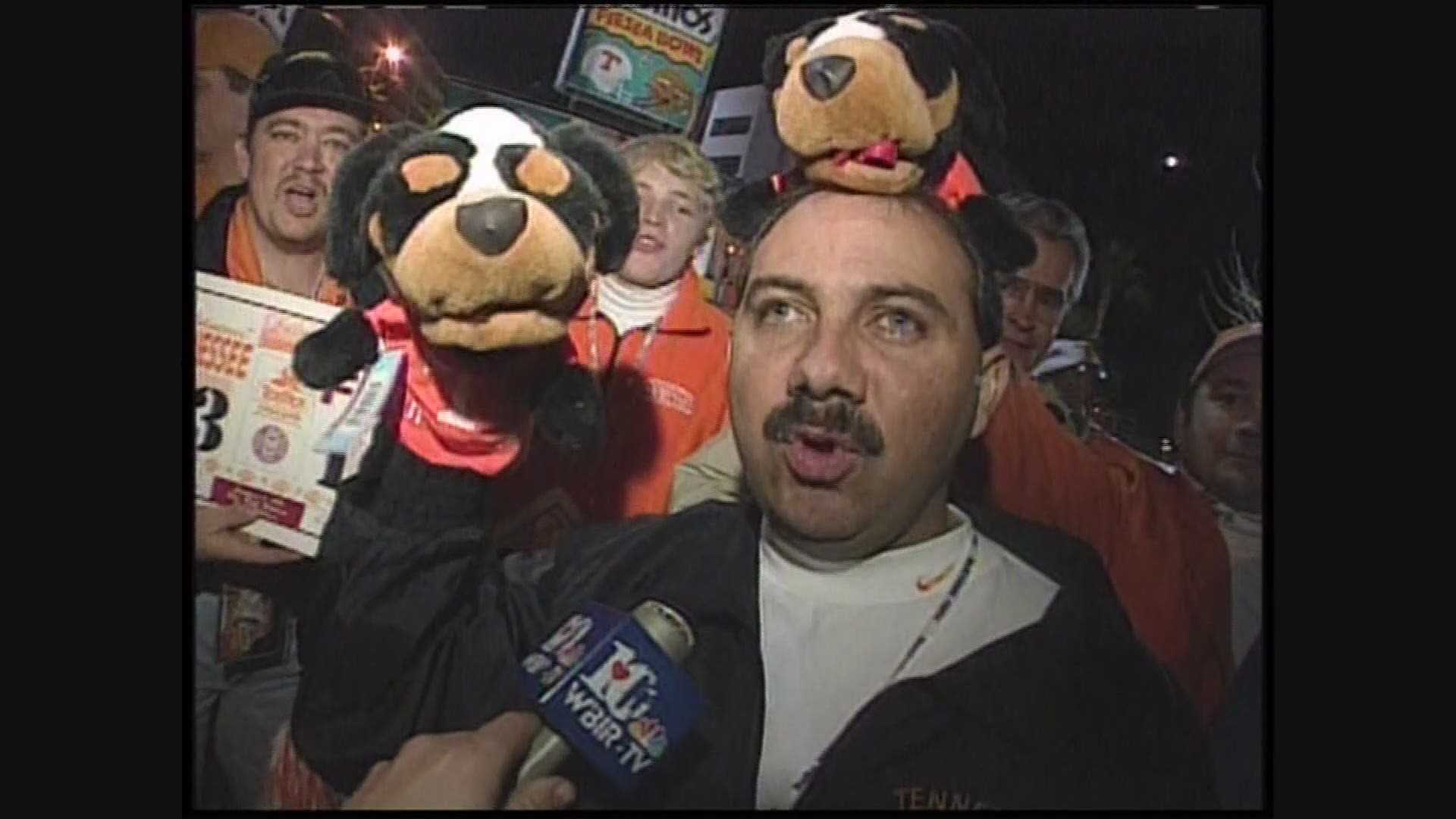 "I never though about it," said senior kicker Jeff Hall after the game. Growing up in Tennessee as a Tennessee fan, putting on the jersey was always enough for him. "All I wanted to do was wear the Orange, but, you know, God obviously wanted me to be in the national championship."

With last second finishes, like against Syracuse and Florida, or miracle plays like the Clint Stoerner fumble against Arkansas, the word "Destiny" was thrown around a lot with this 1998 team. When asked about it throughout the season, UT avoided it. Now, with the season complete, the Vols welcomed Destiny with open arms.

"All year long we've been called the team of destiny," said Fulmer after the game. "and this team took heart in that. I believe that during the course of the year (they) did everything they had to do to win. It wasn't always perfect and it wasn't always the prettiest, but they found a way to get it done. I think that says an awful lot about their character, the leadership of the football team, starting with our seniors and captains."

"I said one time that destiny was something that had already been planned, but had yet to be achieved," said Hall with a smile on his face. "Well, it's achieved now." 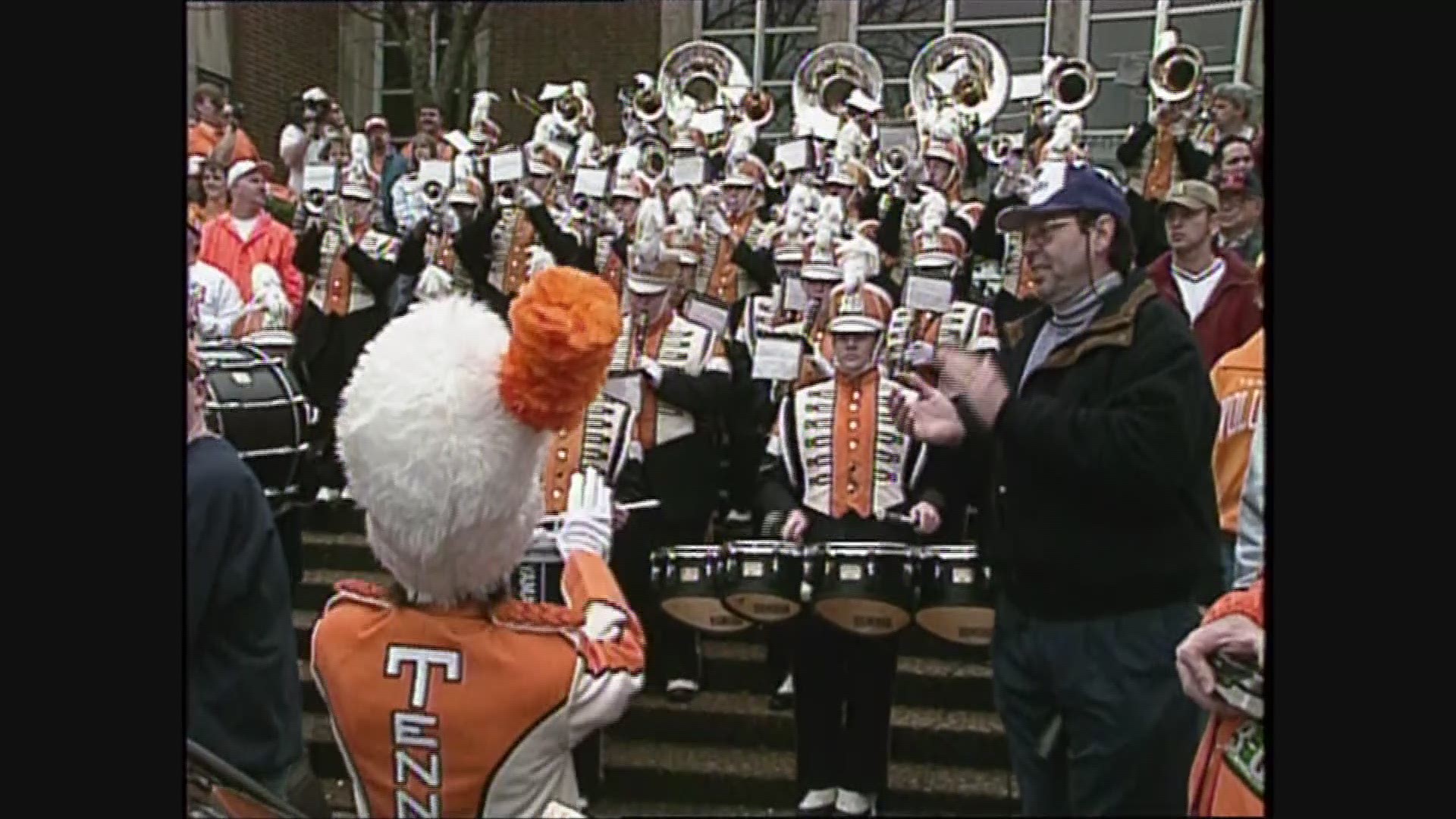