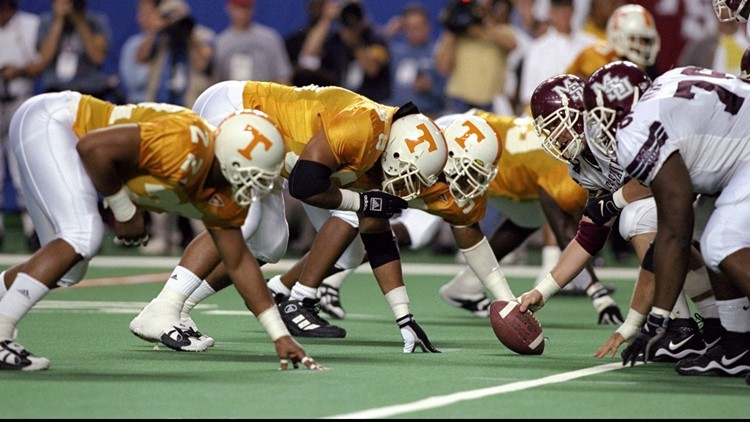 5 Dec 1998: General view of the defense for the Tennessse Volunteers in action during the SEC Championships against the Mississippi State Bulldogs at the Georgia Dome in Athens, Georgia. Tennessee defeated Mississippi St. 24-14.

There was a lot on the line when the Vols took a December trip down to Atlanta, Georgia. As a program, Tennessee has won multiple SEC Championships in a row twice (1938-1940, 1989-1990). Coming off of the 1997 SEC Championship game win against Auburn, UT had an opportunity to do it again. Oh, and of course, there was the whole BCS Championship. The computer ranking had Tennessee sitting as the No. 1 team in the county. Undefeated at 11-0, the Vols were in a very good position to play in the first ever BCS National championship game at the Fiesta Bowl. UT knew it, the country knew it and head coach Phillip Fulmer knew it, but he wasn't trying to get ahead of himself.

"We've got to win this football game to be Southeastern Conference Champions and that's our only concern at this point," said Fulmer before the game. "If we won this ball game, then we have a chance to play for a national championship. We'll be in the mix somewhere. Don't ask me where, I don't know that."

The top five teams in the BCS poll were the only ones with a real shot: No. 1 Tennessee, No. 2 UCLA, No. 3 Kansas State, No. 4 Florida State and No. 5 Ohio State. A Tennessee stumble could make things really difficult for the Vols, especially with the undefeated Wildcats and Bruins waiting in the wings... that is... until the final week of the season got underway. 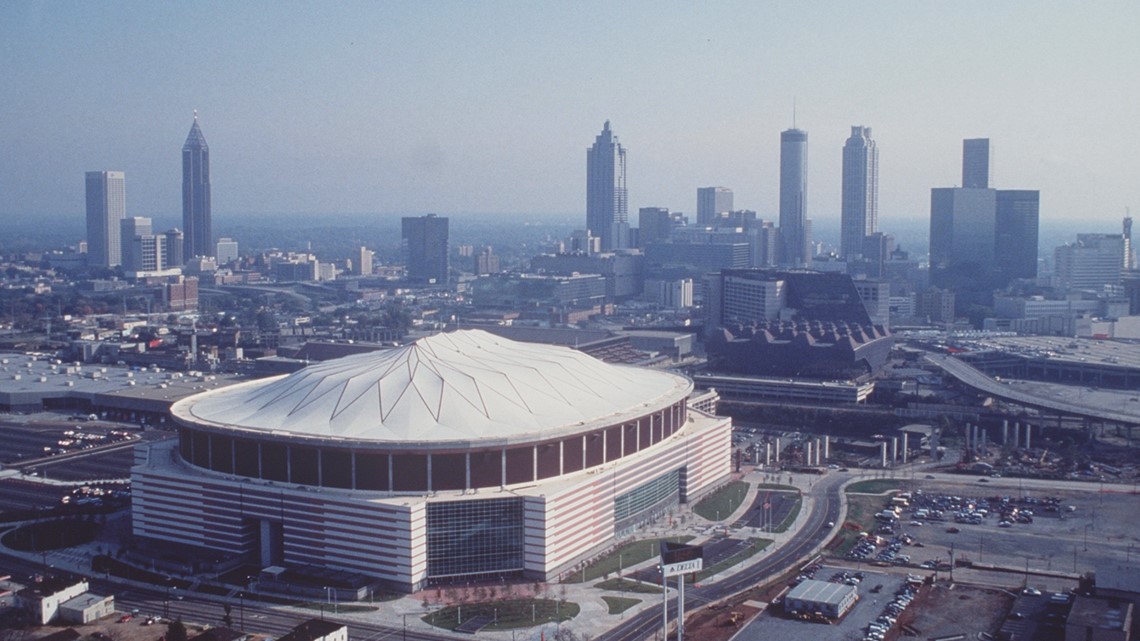 Chaos erupted all across the country. Kansas State fell to Texas A&M in the Big 12 championship game in double overtime. UCLA blew past the Pac-10, but found a stronger wind in Miami, the Hurricanes knocked off the undefeated Bruins 49-45. No. 1 Tennessee was suddenly lonely at the top, but more than aware of the danger that lie ahead.

Mississippi State came out of the West to face the Volunteers in the SEC Championship game and the team was far from perfect. 8-3 during the regular season, the Bulldogs were on the fringe of the top 25. Some odds makers had them as a two touchdown underdog to the Vols. What Mississippi State had working in its favor was a strong defense and a good running game.

The first quarter in Atlanta set the tone for the rest of the game: strong defense dominating and mistakes proving costly. Both teams struggled to move the ball. When there was success, it never seemed to end with points. A field goal went wide left for Mississippi State, a Tee Martin sack stalled a promising drive. The Bulldogs got a punt to land inside the 10-yard line for UT, putting the Vols in a precarious situation to end the first quarter. With 27 seconds left, quarterback Tee Martin heaved the ball deep downfield for his number one target, wide receiver Peerless Price. Mississippi State defender Robert Bean moved stride for stride with Price, boxing him out, bobbling the ball initially, but reeling it in just inside his own 30-yard line for the interception. A move here, a move there and Bean was moving all the way into the end zone: a pick six gets the Bulldogs on the board, 7-0 Tennessee trails to end the first quarter.

Remember, mistakes are everything in this game, and Bulldog freshman quarterback Wayne Madkin would make plenty of his own. Less than four minutes into the second quarter, 1st and 15 inside his own 20-yard line, Madkin is pressured and throws up a bad pass only to have Deon Grant come down with it. Grant sets up the Tennessee offense on the opponents 20-yard line and running back Travis Stephens makes Mississippi State pay for its mistake. 2nd and goal from the 3-yard line, Stephens launches himself from the line of scrimmage through the air, like a bowling ball plummeting from the sky, he knocks Mississippi State defenders aside, landing in the end zone with seven more points for the Vols.

Tennessee would drive again and score again; a field goal from kicker Jeff Hall, to make it 10-7 going into halftime.

More mistakes in the third quarter. Al Wilson steps in front of a Madkin pass, intercepts the ball and takes it all the way for six! Tennessee fans erupted in the Georgia Dome. It was so loud, you could barely hear the referee call the touchdown back. Yes, a block in the back took six points off the board. Unfortunately for Tennessee, the Vols wouldn't get them back. On the following drive, a poor handoff between Martin and running back Travis Henry would send the ball to the ground with the Bulldogs falling on top.

Into the fourth quarter now with a trip to the Fiesta Bowl on the line and the Vols still lead 10-7, but Tennessee would make one more big mistake: kicking the ball to Kevin Prentiss. With 8:59 left in the game, he catches the punt, hesitates on the sideline, then blasts up the field for a Mississippi State touchdown. With just under nine minutes in the game, Tennessee trails the Bulldogs 14-10. The Vols were in a tough spot.

Mississippi State spent all day beating up the Tennessee offense, Tee Martin in particular. The quarterback was sacked 4 times in the game and hit countless others. Many of his throws were flying high because of the pressure. With one drive to take the lead, Martin would have to fight through and get his team in the end zone.

The play that set up the Vols for a win wouldn't count on the box score for Martin, but it was perhaps one of his most impressive on the day. With the ball on the UT 45-yard line, Martin takes the snap and is immediately tackled, but has the strength and awareness to finish the play, handing the ball to Travis Stephens, who takes it for a 14-yard gain into Mississippi State territory.

The next play would mark the beginning of the most important 28 seconds of the Tennessee football season.

On 1st and 10 from the Mississippi State 41-yard line, with pressure in his face once again, Martin fires his best throw of the day, a high arching heave into the end zone, falling perfectly into the hands of Price. He taps a foot down, the Vols score a touchdown and take the lead, 17-14.

On the very next play, with the ball on his own 30-yard line, Madkin drops back and is sacked by senior defensive lineman Corey Terry. The ball comes flying out of his hands, eventually scooped up by linebacker Eric Westmoreland. UT had plenty of time to run out the clock, kick a field goal and beat Mississippi State... or they could do it in style. The very next play for the UT offense, Martin finds wide Receiver Cedrick Wilson in the right corner of the end zone. Touchdown Tennessee.

"Tee in the huddle, he told the offensive line 'just give me time man, just give me time,' and when he called the play it was W-Post Corner and I was like, 'yeah yeah if you all can give him time I promise I'll come up big," said Wilson.

Over the course of 28 seconds, UT went from trailing Mississippi State with only a few minutes left in the game, to leading by 10.

"We've been doing it all year, said Price, "every game like Florida for instance, Arkansas. We're a team that's got it done in the fourth quarter and we knew we could get it done this week."

The Vols won back to back SEC Championships, secured a 12-0 record and punched its ticket to the inaugural BCS Championship Game, a Fiesta Bowl matchup against the Florida State Seminoles.