Brown and his doctors at UT Medical Center were able to catch it early. Now he's encouraging others not to wait when it comes to their health. 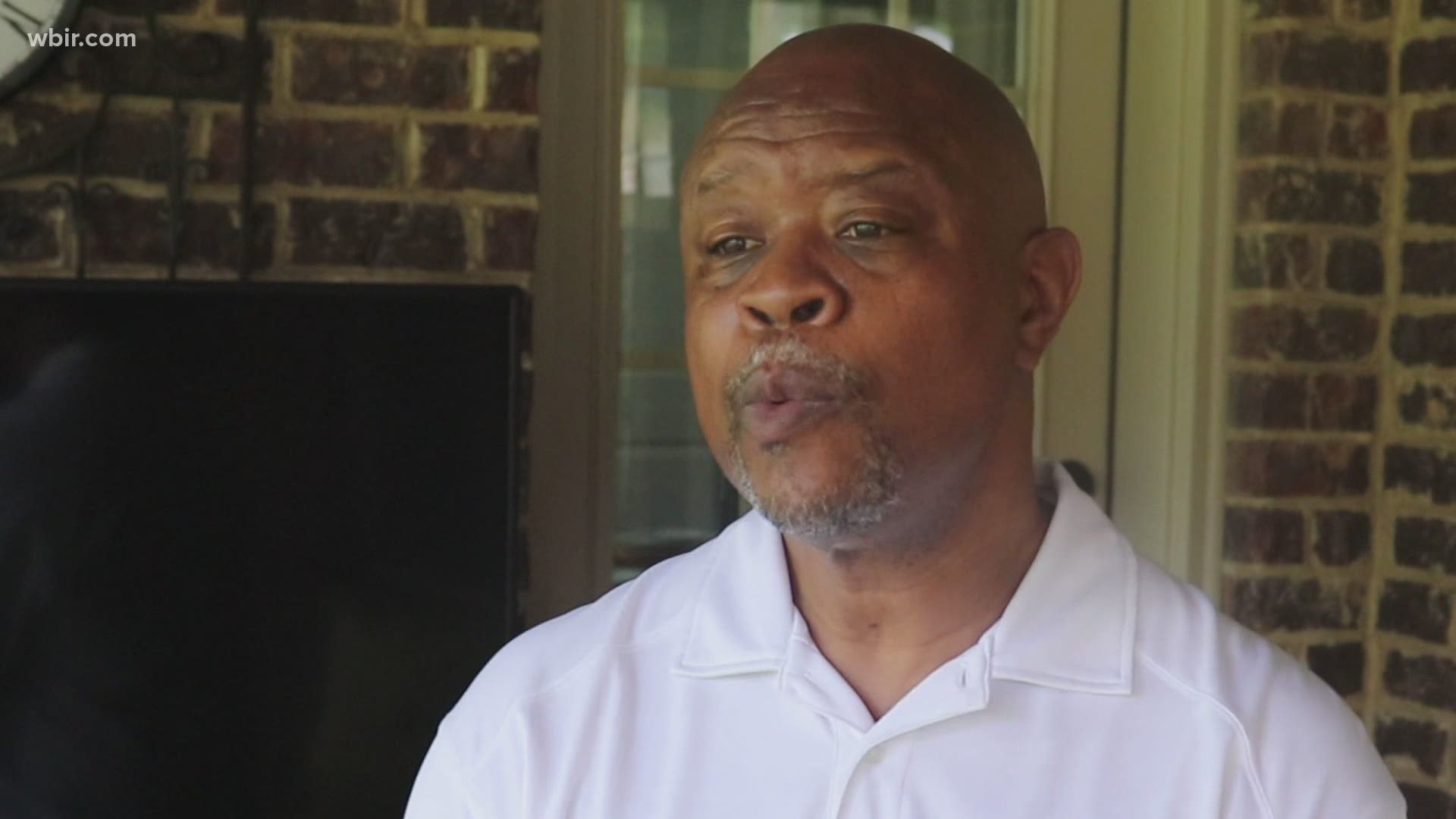 KNOXVILLE, Tenn — Terry Brown has lived a fast-paced life with football at the very core. A Tennessee Vol in the 1980s, he spent time in the NFL as a player and is entering year No. 15 as an official. He still roams the field, just in black and white stripes with a yellow flag at his side.

"When you still have compassion and love for the game, just because you can't play it, you find innovative ways to stay involved," Brown laughed.

As the years have gone on, Brown spends more time at home in Knoxville. There's a screened-in patio connected to his home. His wife essentially uses it as an office. He doesn't mind sitting out there with her.

"The more time you spend out here, the more serene it is," Brown said.

"If you even listen, you can hear the wind blow."

"I've done a lot of counseling sessions with my children when they come home, right on this porch," Brown smiled.

"There's a lot that goes on out here that's meaningful."

The importance of that down time became all the more clear in the fall of 2018. Brown found a sore spot on his tongue. At first, it appeared to be an ulcer, but that just didn't seem right.

"As a football player, you learn to be proactive," Brown said.

"February 25th, 2019, (I) remember the day, I almost remember the exact time the doctor called me and said, 'it is positive for cancer.'"

The results from the biopsy were positive for Squamous Cell Carcinoma.

His doctor, William High, referred him to Dr. Eric Carlson with UT Medical Center, where Brown started to find more peace with his diagnosis.

“Those conversations helped me get a better understanding of the cancer I was dealing with and the potential treatment options. But more than that, he really made me feel valued as a patient and that he cared about my well-being. I’m truly grateful for those conversations and the attention he showed me,” Brown said.

Still, uncertainty raced through his mind.

"The fear of the unknown, it just brings traumatic thoughts and depression if you allow it to."

Brown recalled what he taught his kids. This was just another step on the journey.

"Life isn't fair to anybody, but it is what we make it out to be."

Fortunately for Brown, this story has a happy ending. He was proactive and the cancer was detected early. In March 2019, Brown had surgery at UT Medical Center to remove the remaining cancer from his tongue and 29 lymph nodes from his neck, which he later would find out were all negative for cancer.

"At this point, I'm cancer free, and that gives me hope."

Brown wants to spread that hope to others, working with UT Medical Center to get the word out.

For Brown it means more time on that patio with the ones that matter the most.

"That's my message to anyone who's willing to listen. It's worth it. Your life is worth."