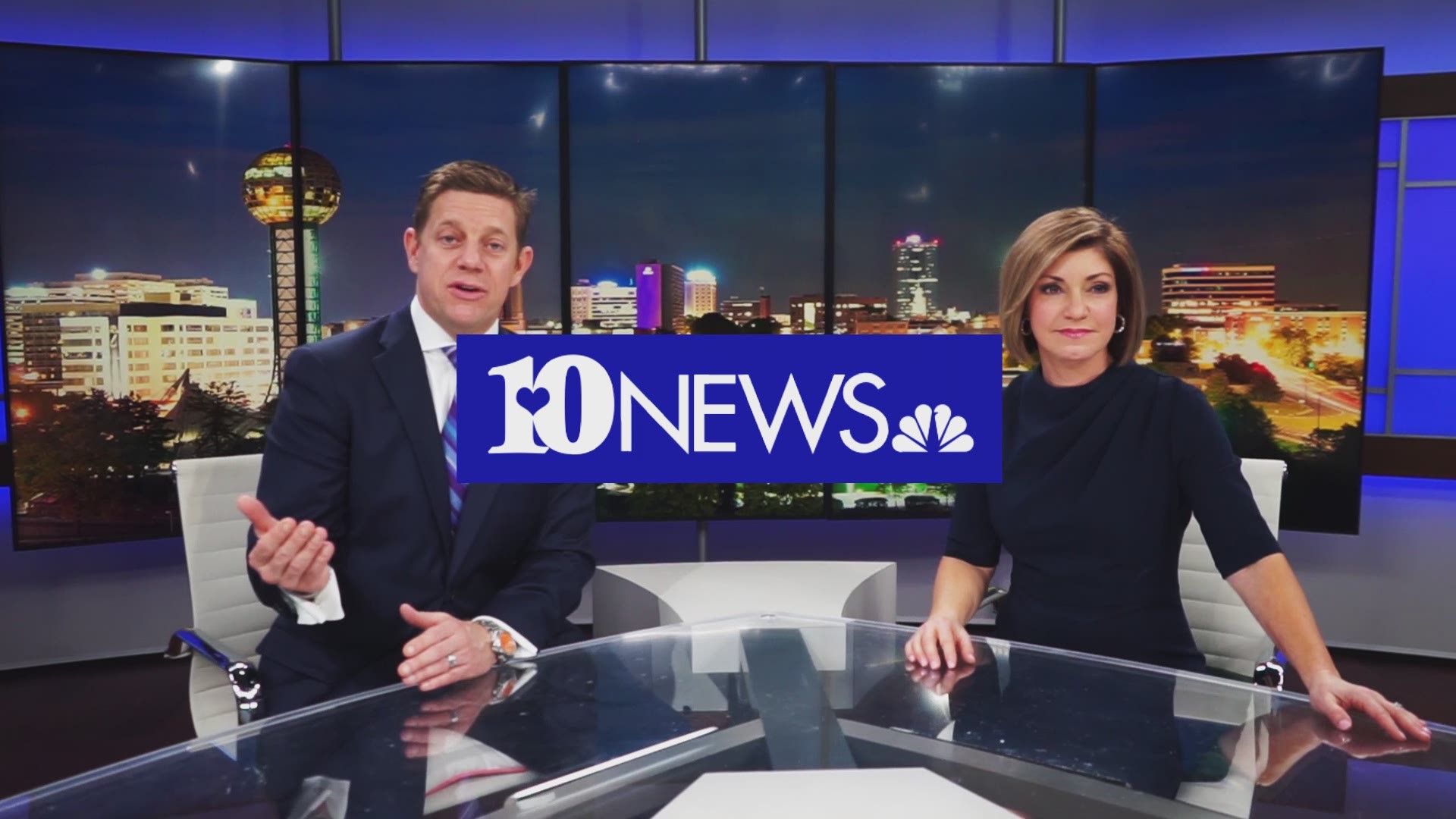 DENVER — They are young, talented, relentless and maddening. And extremely beat up.

The Broncos showed glimpses of a team with playoff-contending days ahead. But one costly fumble, a missed first-and-goal opportunity, two ill-time defensive penalties and two drops from first-round rookie receiver Jerry Jeudy all conspired to leave the Broncos losing a heartbreaker, 16-14 to Ryan Tannehill and the Tennessee Titans in the season opener for both teams Monday night at Empower Field at Mile High.

After a rough night in which he missed three field goals and an extra point, Titans kicker Stephen Gostkowski finally made a 25-yard field goal with 17 seconds left to give the Titans the victory. Tennessee was led by veteran quarterback Ryan Tannehill whose poise, maturity and patience were the difference. He completed 29 of 42 for 249 yards that included two, 1-yard touchdown passes.

“All in all, yes, we didn’t give up any big plays, but we let up the dinks and dunks of the passing game,'' said Broncos safety Justin Simmons. "Then the running chunks throughout the game caught up to us. They sustained three or four drives where they ran 10 plays and had like 70 yards.''

It was the old story of the vet taking what the defense gave him.

"I try to keep a steady hand,'' Tannehill said. "A steady hand drives the ship. Honestly, focused and tense, but calm. We can't panic.''

Tennessee was hampered by a horrible kicking performance by Gostkowski before delivering the game-winner late.

On the Titans' final, game-winning drive, Fangio was second-guessed for not using any of his three available timeouts once Tennessee used a pass-interference penalty on rookie cornerback Michael Ojemudiia to get inside Broncos' territory with 1:50 remaining. Even when Titans' running back Derrick Henry had two running plays that took the ball first to the Broncos' 16 and then to the 12, Fangio didn't call time as the clock went from 1:33 remaining to 31 seconds.

Gostkowski made his kick with 17 seconds left, leaving Lock not enough time once he got the ball back at his own 25.

“It was two-fold. One, their field goal kicker obviously been having his problems so I didn’t want to extend the drive where they could get closer,'' Fangio explained by Zoom media call. "Number two, we would have used a timeout, but we got the running back out of bounds. We would have used a second timeout, but they threw an incompletion which would have given us one when we got the ball back so that was part of the thinking there.''

With the scored tied 7-7 midway through the third quarter, the Titans behind the methodical Tannehill went 82 yards on 15 plays to take a 13-7 lead. Tannehill finished off the march with a 1-yard touchdown pass to Jonnu Smith off fourth-and-goal.

Broncos quarterback Drew Lock and running back Melvin Gordon III rallied the Broncos on the next drive. Lock went 4 of 4 for 46 yards while Gordon atoned for a critical early fumble with a 25-yard run and 1-yard touchdown run.

Brandon McManus' second extra point put the Broncos up 14-13. However, the Broncos were unable to run out the clock when they had the ball with just over 4 minutes remaining. Jeudy was open on a slant on the first play of the drive but dropped it, stopping the clock and instead of first down inside the Tennessee 40, the Broncos had second-and-10 from near midfield.

“I made a mistake, too, and you got to understand that football isn’t a perfect game and mistakes are going to be made and they’re going to happen,'' Gordon said. "The players that really excel are the guys that can get over it the quickest and kind of make up for it. That’s what we were trying to coach to him and let him know.

"It was his first game, but I can promise you he’s pretty hard on himself about the drops, knowing what caliber player he is. He’ll be better for sure.”

The Titans got the ball back at their 10 with 3 minutes remaining.

“Well, he dropped the ball,'' Fangio said. "He’s not the first guy that’s done that, won’t be the last. We expect him to catch that. He expects himself to catch it. It would have put us in field goal range and given us a first down. But those are the mistakes that can cost you when you’re playing a good team.”

Titans linebacker Rashaan Evans was ejected early in the game for throwing a punch at Broncos' tight end Jake Butt. The Broncos, though, lost cornerback A.J. Bouye, whose shoulder popped out, and running back Phillip Lindsay to a turf toe injury. And they were already starting short-handed as No. 1 receiver Courtland Sutton didn't play because of a shoulder injury, rookie speedster KJ Hamler was out because of a hamstring issue and star linebacker Von Miller may be out for the season with an ankle injury.

“Nobody likes to see injuries, first off from the standpoint of the guys individually but we are good enough to overcome them,'' Fangio said. "I believe that. We almost won the game tonight. I know almost doesn’t mean anything but we are competitive and played good and tough football. We had our chances despite all those injuries and we will keep going at it that way.''

It was an entertaining game for the viewing audience at home, with virtually zero audience at Empower Field, save 500 family and friends of coaches and players scattered in seats behind the Broncos’ bench.

During the playing of the National Anthem, 20 Broncos players and 12 Titans took a knee.

The Broncos put out a statement early in the first quarter: “The Broncos fully respect and support everyone’s right to advocate for positive change.

“Our entire organization has the deepest appreciate and gratitude for the flag, the military and first responders who keep us safe. We also understand the importance of bringing awareness to – and ending – police brutality, systemic racism and injustices towards the Black community.”

The Broncos had been listed as a favorite in this game until they lost Miller and Sutton. Then the oddsmakers shifted the Broncos from a 3-point favorite to a 3-point underdog.

But the Broncos had an exciting young quarterback in Lock whose mobility was the difference in the Broncos touchdown drive late in the first quarter that put them up 7-0. He scrambled right for three completions to tight end Noah Fant, including on a 9-yard touchdown pass with 26 seconds left in the quarter. Lock was 4 of 4 passing on the drive and also converted a third-and-2 with a 3-yard run.

“I felt comfortable back there—more comfortable than I did toward the end of last season,'' Lock said. "It just felt right. It felt like I was where I needed to be. I was very confident going into the game and I was confident the whole game. I just have to make a couple plays here and there to pull out a win.”

Denver’s defense, meanwhile, held the Titans’ offense scoreless for a fifth consecutive quarter. Tennessee's Tannehill had some nice roll out completions himself, but Vic Fangio mixed up his pressures and coverages enough to prevent the Titans from finishing drives. A missed 47-yard field goal by Stephen Gostkowski helped the Broncos keep their scoreless streak alive against Tennessee.

Denver shut out Tennessee last season, 16-0. That game was played before a crowd-filled Empower Field at Mile High. The game Monday was played almost exclusively before a late-night TV audience as the coronavirus kept the crowds away for week 1.

The scoreless streak was snapped no thanks to the Broncos’ offense. Gordon, the Broncos’ highly-paid free-agent running back acquisition, fumbled the ball away after catching a short Lock pass at his own 23. Tennessee’s Derrick Henry ran down close and Tannehill finished it off with a 1-yard scoring pass to MyCole Pruitt.

The Broncos came right back down the field on their next drive as Lock hit Fant for two more completions, including a 31-yarder. Fant had five receptions for 81 yards in the first half.

After Lindsay caught an 11-yard pass, the Broncos had first and goal at the 2. They turned it over on downs.

On first down, Lindsay was upended after a 1-yard gain. Then, Lock overthrew a wide open Nick Vannett on a cross-field pass to the end zone. On third down, Gordon got close to the goal line but was stopped short. On fourth down, a shovel pass from Lock to Jake Butt was stuffed for a 1-yard loss.

“We’re inside the one there to get a touchdown against a good team,'' Fangio said about not taking the field goal on fourth down. "I had no second thoughts there. It wasn’t one that I agonized over. We were going to go for that.”

The Titans then got out of the hole when Tannehill hit Corey Davis across the middle for 23 yards. Davis was covered one-on-one by Simmons, but he had catches for 16, 20 and 23 yards in the first half. The Titans marched down the field while the Broncos lost their No. 1 cornerback Bouye to a shoulder injury late.

But as the Titans were about to take the lead with seconds left, Shelby Harris blocked Gostkowski’s short field goal attempt.

The Denver D, meanwhile, checked Tennessee's powerful running back Derrick Henry, the NFL's defending rushing champion, to 116 yards on 31 carries. But like all great backs, he was better late in the game than he was early.

The Broncos (0-1) play at Pittsburgh on Sunday. The Steelers (1-0) beat the New York Giants, 26-16, in an earlier game Monday night. The Broncos hope to get Sutton and Hamler back for that game. But they may have to play without Bouye and Lindsay.

1 / 32
AP
The Denver Broncos meet at midfield prior to an NFL football game against the Tennessee Titans, Monday, Sept. 14, 2020, in Denver. (AP Photo/Jack Dempsey)