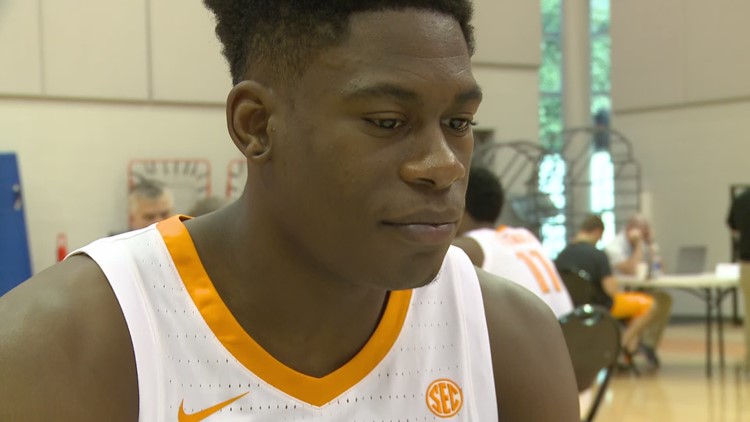 The Vols came out victorious in the first game between these programs on either end of Tennessee since January 2013.
Author: Teresa Walker, The Associated Press
Published: 3:27 PM EST December 15, 2018
Updated: 1:20 PM EST December 17, 2018

Admiral Schofield scored 20 of his 29 points in the second half and added 11 rebounds as third-ranked Tennessee beat Memphis 102-92 Saturday to snap a three-game skid to the in-state rival.

The Volunteers (8-1) avoided any letdown after a weeklong layoff for finals since upsetting then-No. 1 ranked Gonzaga last weekend in Phoenix. That win pushed the Vols to their highest Associated Press ranking since Feb. 25, 2008, when they went to No. 1 after upsetting another top-ranked team in Memphis.

Kyvon Davenport helped Memphis (5-5) keep Tennessee from blowing the Tigers out. He scored 26 of his career-high 31 points after halftime and had 11 boards. Tyler Harris added 10 points.

First-year Memphis coach Penny Hardaway remains winless against the Vols after going 0-2 when playing for the Tigers in the early 1990s. Simply having the former NBA star as head coach has Tigers' fans excited enough about the future that they sold out the FedExForum for the first time since March 7, 2009, against Tulsa just before coach John Calipari left for Kentucky.

This rivalry had cooled down since that No. 1 vs. No. 2 showdown in 2008. It's the first game between the programs on either end of Tennessee since January 2013. 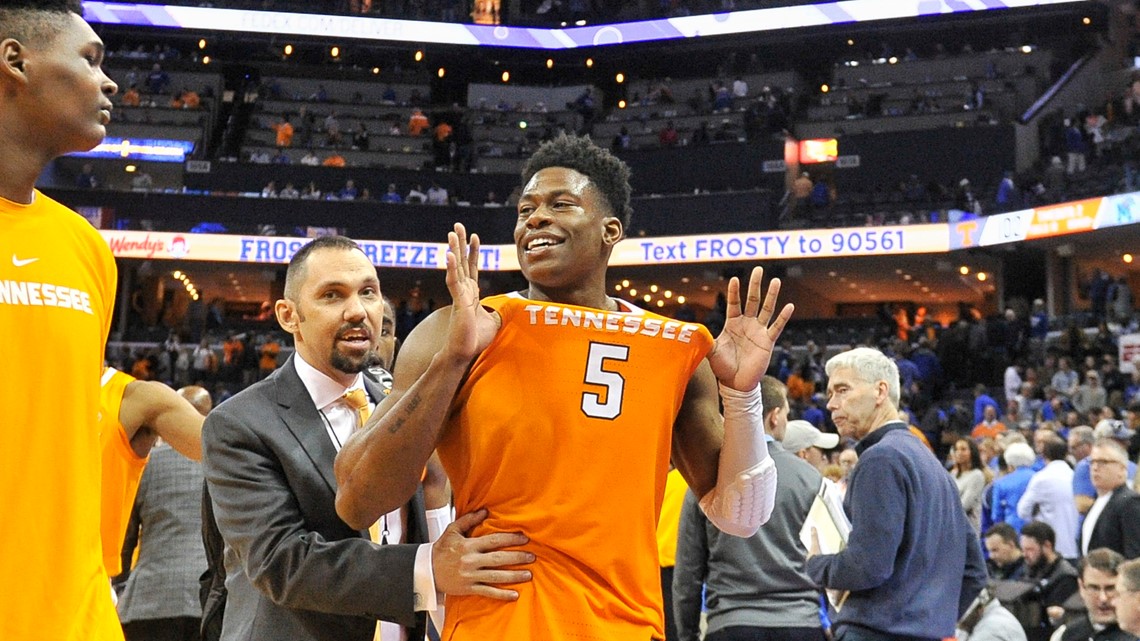 These Vols came in with a big advantage in both size and experience with all five starters back from the team that shared the Southeastern Conference regular season title last year. They trailed only once at 3-2 within the first minute on a trio of free throws by Harris.

With Tennessee hitting its first five shots, including a trio of 3-pointers, the Vols jumped out to a 15-5 lead on Schofield's 3 with 16:21 left. Tennessee led 50-35 at halftime.

The Tigers pulled to 63-56 when Antwann Jones' 3 capped eight straight. Schofield scored the next five for Tennessee. Davenport did his best to rally Memphis but couldn't get the Tigers closer than eight despite hitting 10 of 12 shots.