The Oak Ridge Wildcats lost to the Summit Spartans 28 to 7 in the state title game. 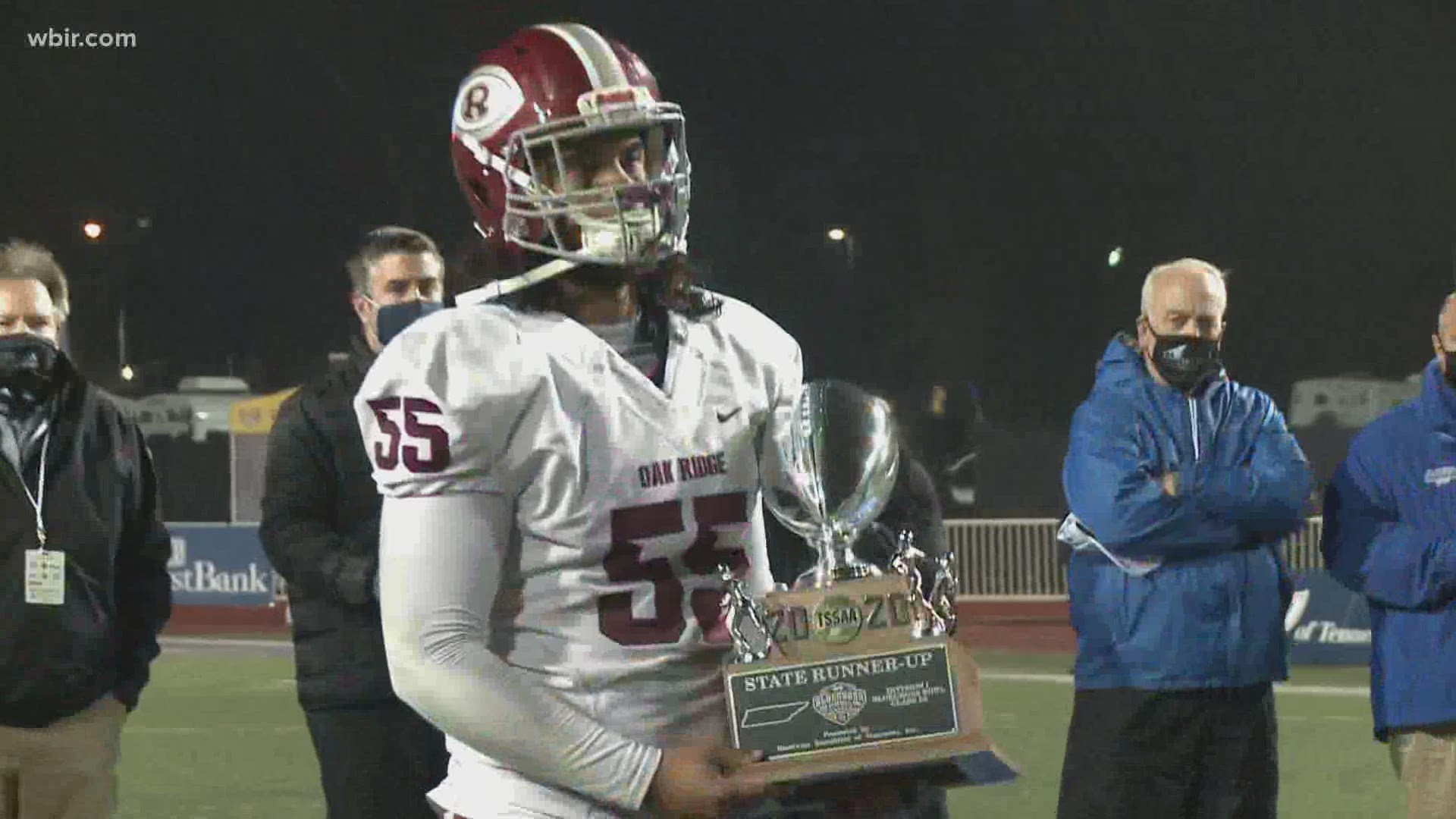 The Oak Ridge Wildcats looked to clinch their first state championship since 1991 Friday in Cookeville. However, the Summit Spartans' 21 to 0 first half lead was just too much for the Wildcats to claw back from, losing 28 to 7. This is Summit's first football state championship.

With 7:57 left to play in the first quarter, Summit took an early lead with a 3-yard touchdown run from quarterback Destin Wade.

The Spartans continued to strike Oak Ridge's defense, with a 13-yard touchdown pass from quarterback Destin Wade with under five minutes still left to play in the first quarter.

The Wildcats had just 14 yards of offense in the first quarter, with 20 penalty yards.

Oak Ridge's defense had trouble finding an answer for Destin Wade. With 5:48 left to play in the first half, Wade executes on a three-yard touchdown run to extend the Spartans lead to 21 to 0.

Destin Wade is known as a true duel-threat quarterback. He’s got a touchdown on the ground and through the air so far.

Summit leads 14-0 after the 1st quarter.

The Wildcats' offense was held to three and out majority of the first half. Their first, first down of the game came with 3:50 left to play in the first half.

The Wildcats finally found some momentum late in the second quarter. On fourth-and-goal, Oak Ridge quarterback Mitchell Gibbons found Brandon Heyward to get the Wildcats on the board.

Oak Ridge trails 21-7 as we start the 4th quarter.

Wildcats have the ball.

The first score of the second half came with 11 minutes left to play in the fourth quarter.

Summit junior safety Brady Pierce picked off Mitchell Gibbons' pass for a 29-yard pick-six to extend the Spartans lead to 28-7.

That would do it with for the Spartans, defeating the Wildcats 28 to 7.

Congrats to the Spartans. 5A champions.

The Wildcats had just 145 yards of total offense and 24 yards on the ground.

Summit quarterback Destin Wade passed for 135 yards and one touchdown. He added 93 yards on the ground and two rushing touchdowns.