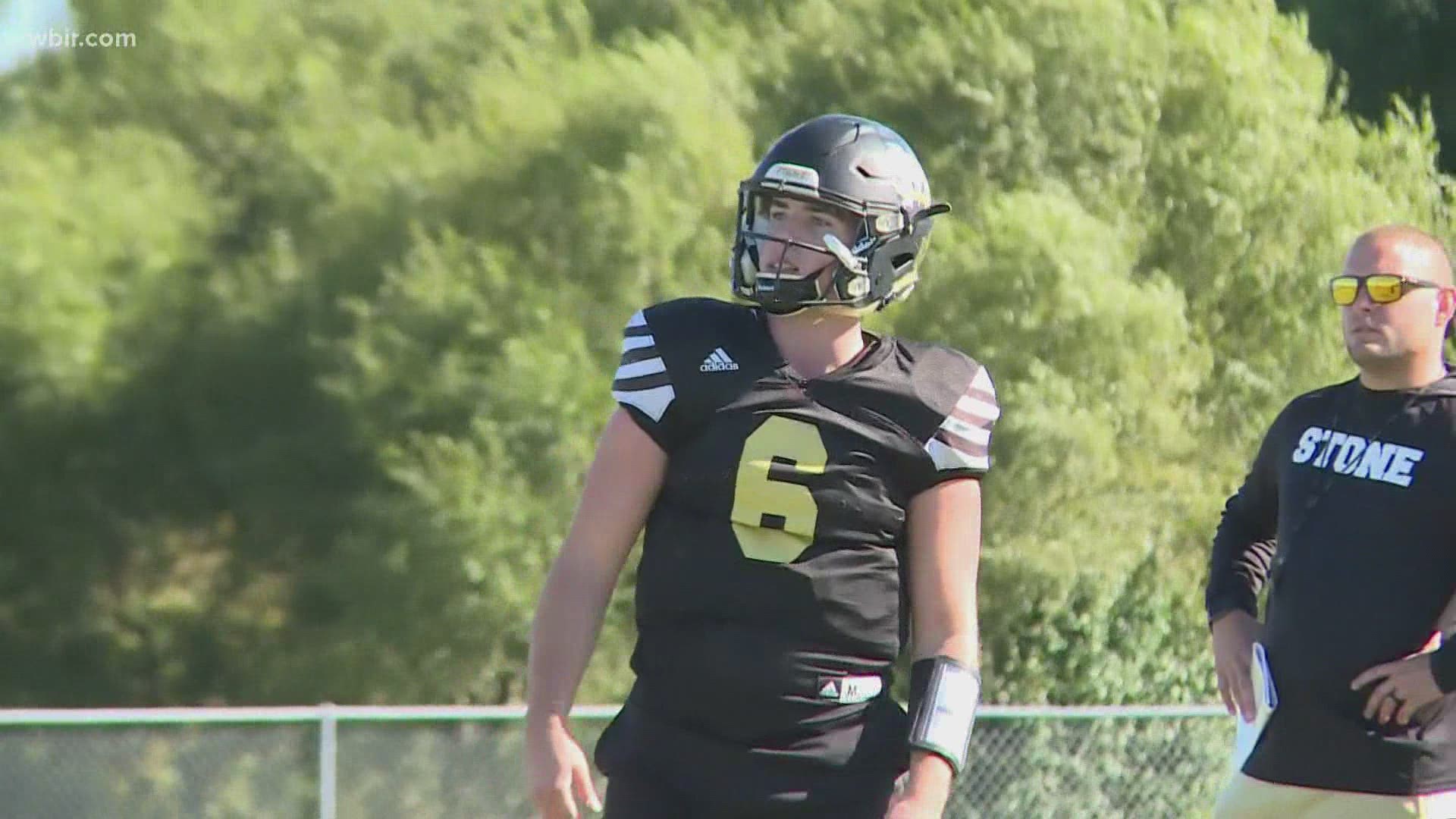 “He’s a great blend of humility and also confidence.” Stone Memorial’s head football coach Derik Samber said. “It’s an inspiring confidence in those kids and a guy who wants the ball in those moments.”

The moments that have led Stone Memorial’s junior quarterback Byrant Carter to be our week 6 offensive player of the week. Carter passed for 255 yards and three touchdowns, along with 191 rushing yards and one rushing touchdown in the Panthers overtime win against Kingston. Carter was a running back coming into high school before head coach Derik Samber saw his potential behind center. The quarterback said he spent a lot of time this off season focusing on developing more of a passing mindset.

“I was hoping to get better at my passing game.” Bryant Carter said on his offseason development. “I’ve had the feet, where I used to be a running back when I was younger, but I got my arm motion better and would like to be more of a passing quarterback.”

Carter and the Panthers were gearing up for week 3 against DeKalb County, when Carter found out he would have to quarantine for fourteen days, after coming in contact with someone who tested positive for COVID-19. Although Carter tested negative, the guidelines sidelined him for two games.

“Our kids responded that night.” Samber said. “They played their hearts out. We lost a one point ball game that night, but when you have a kid that means as much to us as Bryant does, and you lose him 24 hours before kickoff, and we still played as hard as we did. It was pleasant to see.”

The setback didn’t limit Bryant Carter; instead it motivated him even more.

“It was pretty rough not being able to play with my team.” Carter said. “But you just have to work through those days.”

Derik Samber said he’s proud of the way his quarterback and team handled the adversity early on in the season.

“When he was in quarantine, he asked to take a football home, so he could throw into a pillow.” Samber said of Carter. “For me, it’s just so rewarding to see a kid progress as a young man and as a football player. That’s why you get into coaching, to make them a better man and football players. He’s a great example of that.”