Carter's junior quarterback scored five touchdowns to lead the Hornets to their first win over Gibbs since 2013. 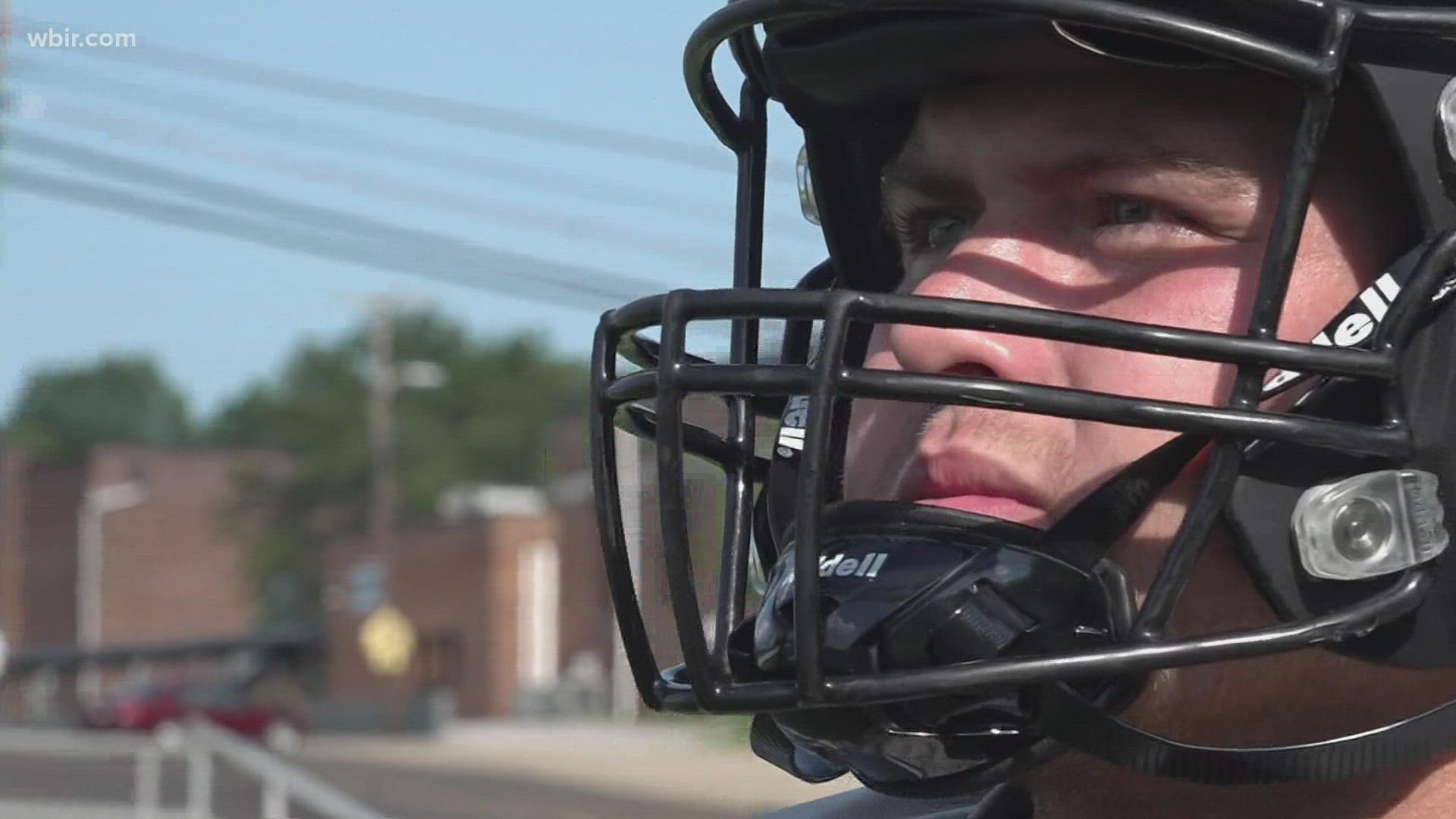 STRAWBERRY PLAINS, Tenn. — It took almost all of Chandler Wilson's skillset to beat Gibbs. He passed for three touchdowns and rushed for two more, amassing 336 total yards. That effort lifted the Hornets to a 42-35 victory over the Eagles, marking the first victory in the rivalry since 2013.

"The game that [the community] looks forward to, for the most part, is Gibbs. They just want to beat Gibbs every year, so it's a big deal," he said about the close win.

He won our player of the week poll by a much larger margin. Wilson received 53 percent of the votes, beating the runner-up by over 400 votes. He is also the second consecutive Carter Hornet to win offensive player of the week. His teammate, wide receiver Brody Blankenship, won last week's award.

In his third year as Carter's quarterback, Wilson is off to a strong start. According to Max Preps, he averaged 292 passing yards in the first three games. He has also rushed for a career-high 251 yards, with seven games remaining on the schedule. Add in Wilson's 12 total touchdowns and Carter's first 3-0 start since 2013 is no surprise.

"We always just try to raise the standard and just focus on being 1-0 every week," he said.