The Campbell County junior led the Cougars in their win over Seymour last week with four total touchdowns. 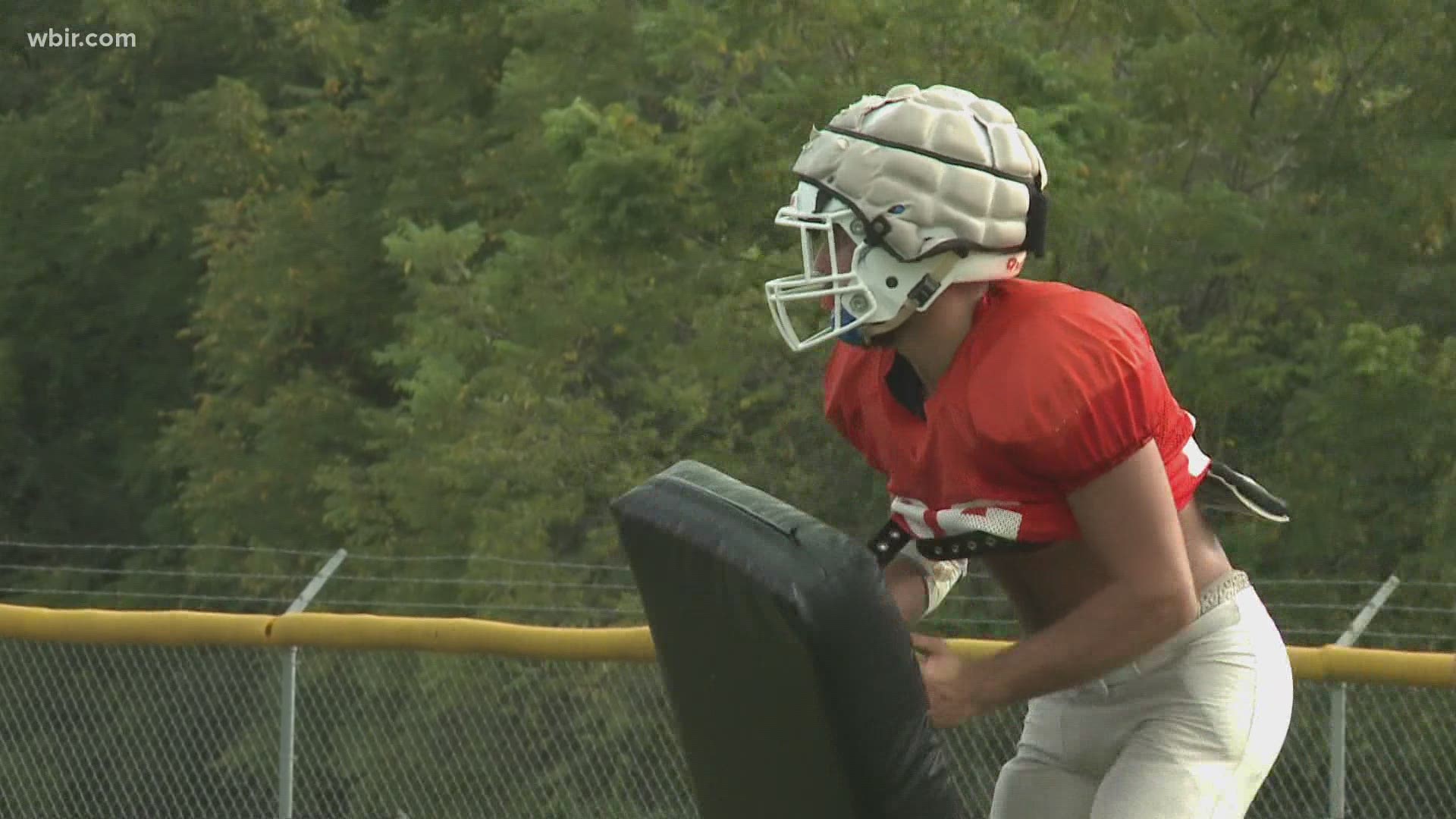 JACKSBORO, Tenn. — CJ Allen is a special player for the Campbell County Cougars, playing both sides of the ball. He also holds a place in the 10 Sports Blitz history books, as he has accomplished what very few others have. He has won our offensive and defensive player of the week awards in the same season.

This week, we honor his offensive performance in Campbell County's 34-12 win over Seymour in week four. The junior rushed for 163 yards and three touchdowns against the Eagles. He also caught a touchdown pass. He gave credit to his offensive line, saying the return of a couple men up front made a difference.

Each of his teammates made a difference in our polls as well. Of our five nominees, Allen received over 45 percent of votes.

The junior running back and safety is one of the leaders on the team. The energy he brings to the field noticeably rubs off on his teammates.

"When you're talking about leadership, we always say it's about how you affect the guys around you. I think CJ makes everybody around him better," said assistant coach Matt Price. "Whether that's through his play, his motivation or just through advice, he does a really good job of leading guys."

Allen leads the Cougars into a tough game on Friday against Gibbs. With a win, the Cougars will have a 3-2 record at the season's halfway point.