TKA's junior had 134 receiving yards and two touchdowns in the Lions' win over Oneida. 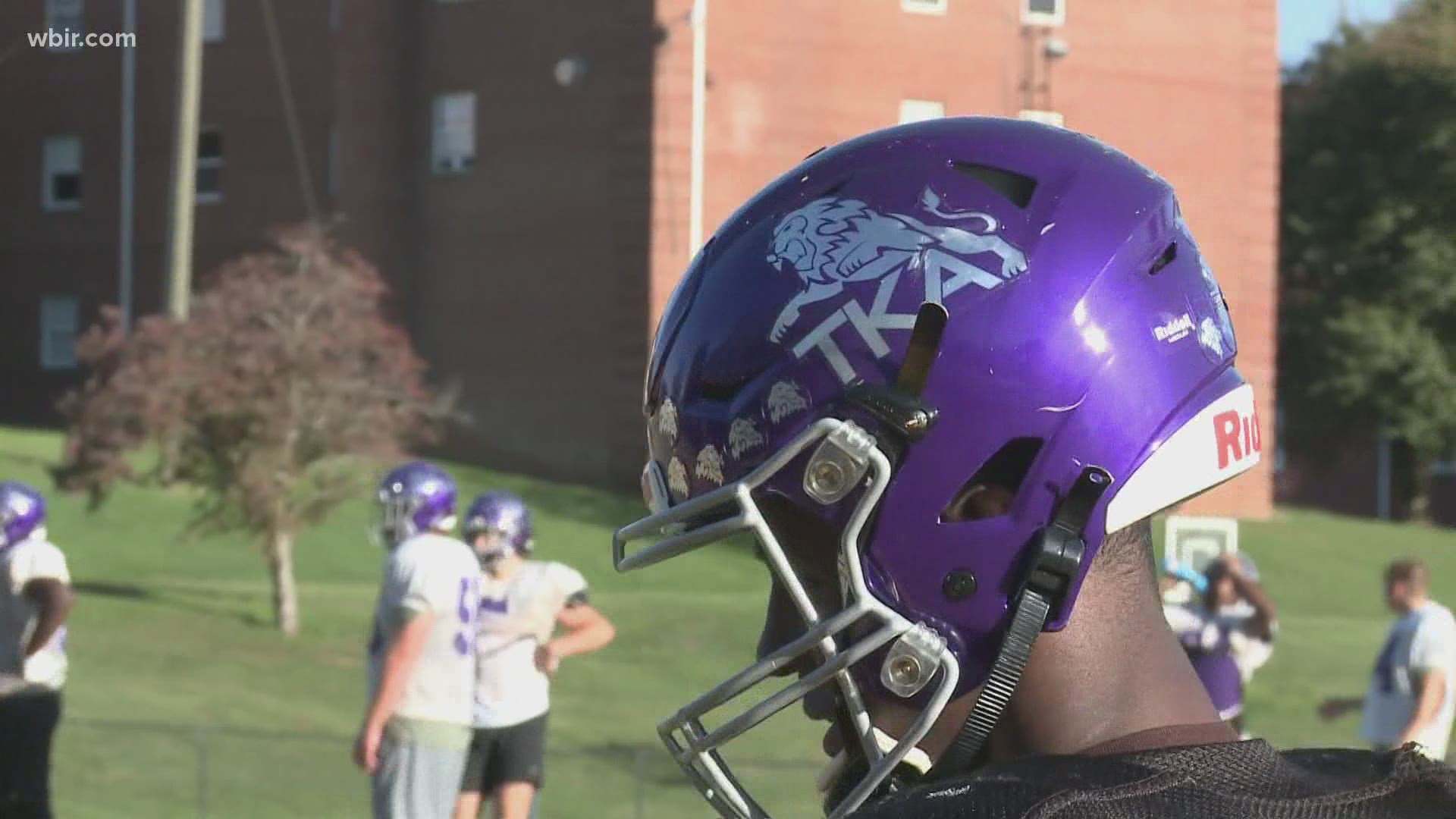 SEYMOUR, Tenn. — The TKA Lions offense was on fire against the Oneida Indians last week. They scored 42 points to win their seventh game of the season.

Junior receiver Clytavious Barnes was a major part of the offensive effort with 134 receiving yards and two touchdowns.

"Honestly, I couldn't believe it. It didn't feel like [I got that many yards]. I was just having fun," Barnes said.

The Lions offense has had plenty of fun in 2020. TKA averaged nearly 46 points in its first seven victories this season. Barnes describes the offense as dynamic and enjoys having a big role in it.

"It feels good," Barnes said about being named offensive player of the week. "I want to get the recognition I think I deserve and it's a lot of fun. It's exciting."

The team is aiming for another dynamic offensive performance on Friday, as the Lions take on undefeated Donelson Christian Academy for the East Region championship.