The Sunbright quarterback scored eight touchdowns in the Tigers' win over Wartburg. 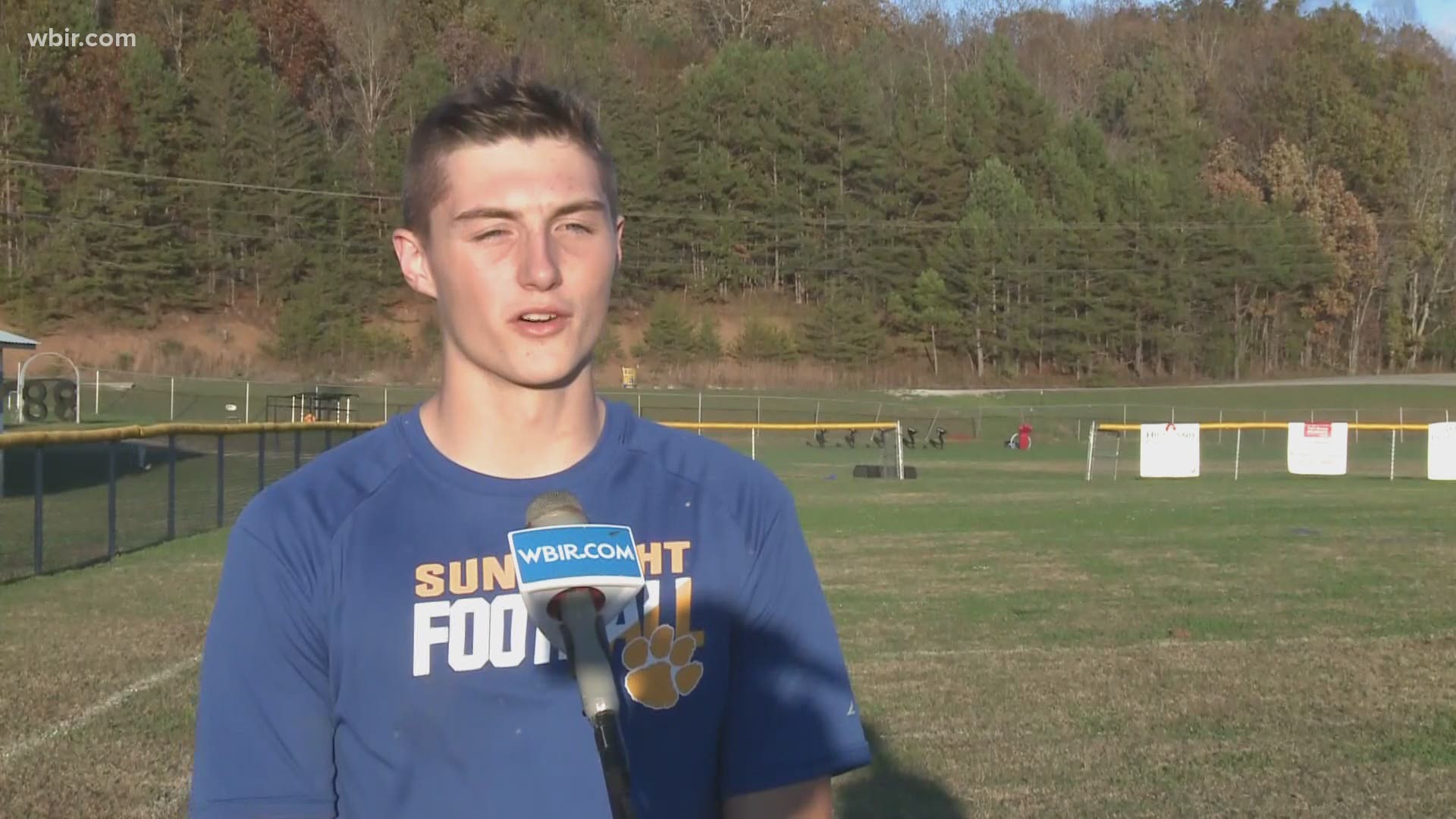 The eight-touchdown performance was his best of the season and it has earned him our offensive player of the week award.

I mean, eight touchdowns is good. I was just glad to get the win," Freels said.

Sunbright's win over Wartburg was just its third victory of the season. The Tigers are 3-7, but have plenty of fun playing with each other.

"I've been playing with these guys for a long time. These guys are like brothers to me," Freels said about his teammates.

The Tigers end the regular season at Unaka on Friday night.