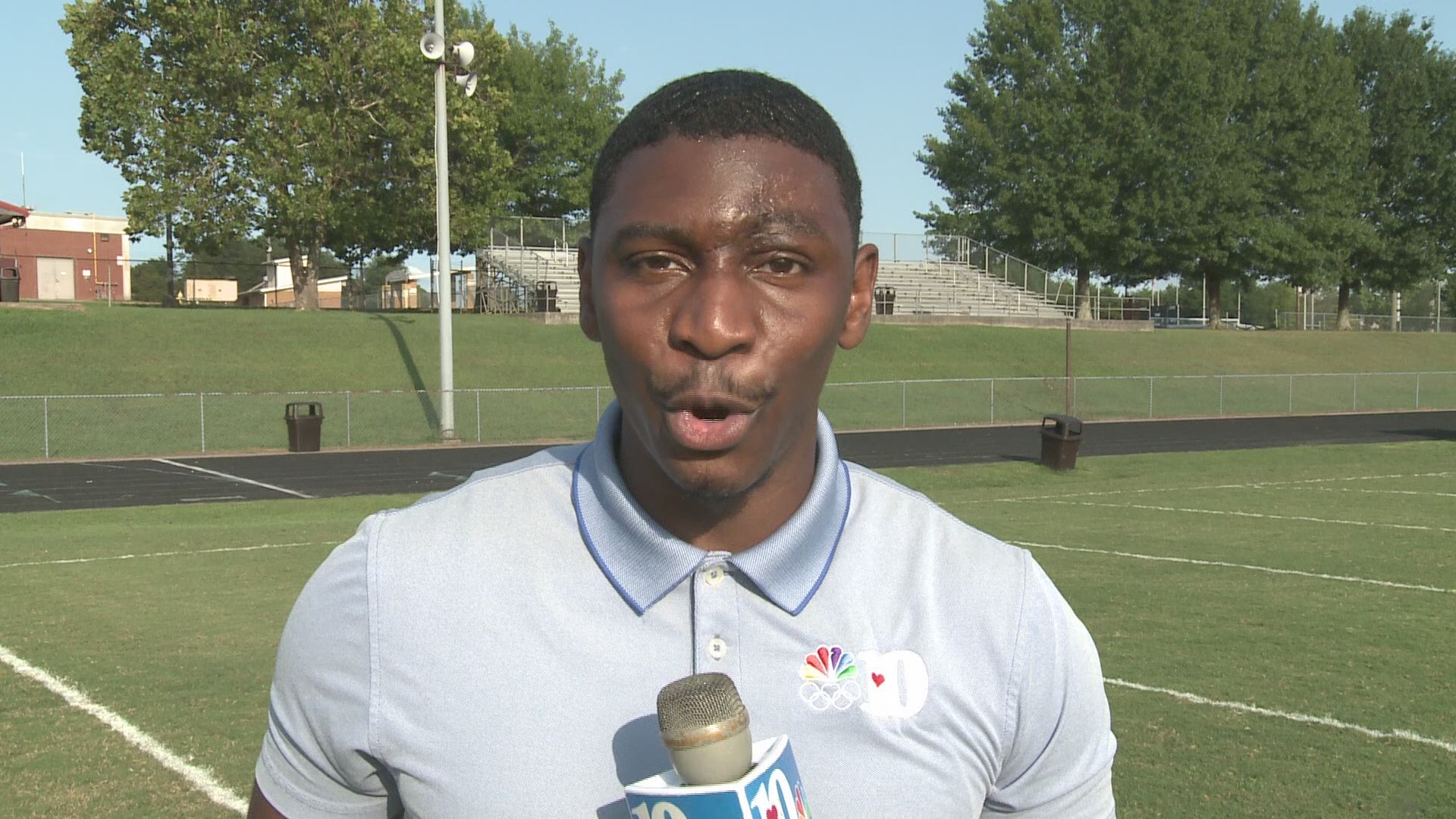 OAK RIDGE, Tenn. — It's rare to see a player with only two catches win an offensive player of the week award. But Oak Ridge wide receiver Preston Turner made the most of his two receptions against Hardin Valley last week.

His pair of catches resulted in touchdowns, totaling 150 yards. That includes a 92-yard touchdown. His performance helped the Wildcats to a 40-0 win.

"They called a slant route for me and I noticed that the cornerback had his butt to the sideline. I was like 'oh, I'm going to beat this guy by alignment,'" Turner said while describing his long touchdown.

Once making the catch, Turner turned up field and sprinted towards the endzone. As he approached the 20-yard-line, he noticed teammate Jonathan Stewart with his right hand up in the air.

"I was like 'is he really trying to give me a high-five?' I just gave him a high-five and that was that," Turner said.

Going into Oak Ridge's week two game against Dobyns-Bennett, Turner said he wants to do whatever he can to help the Wildcats win.