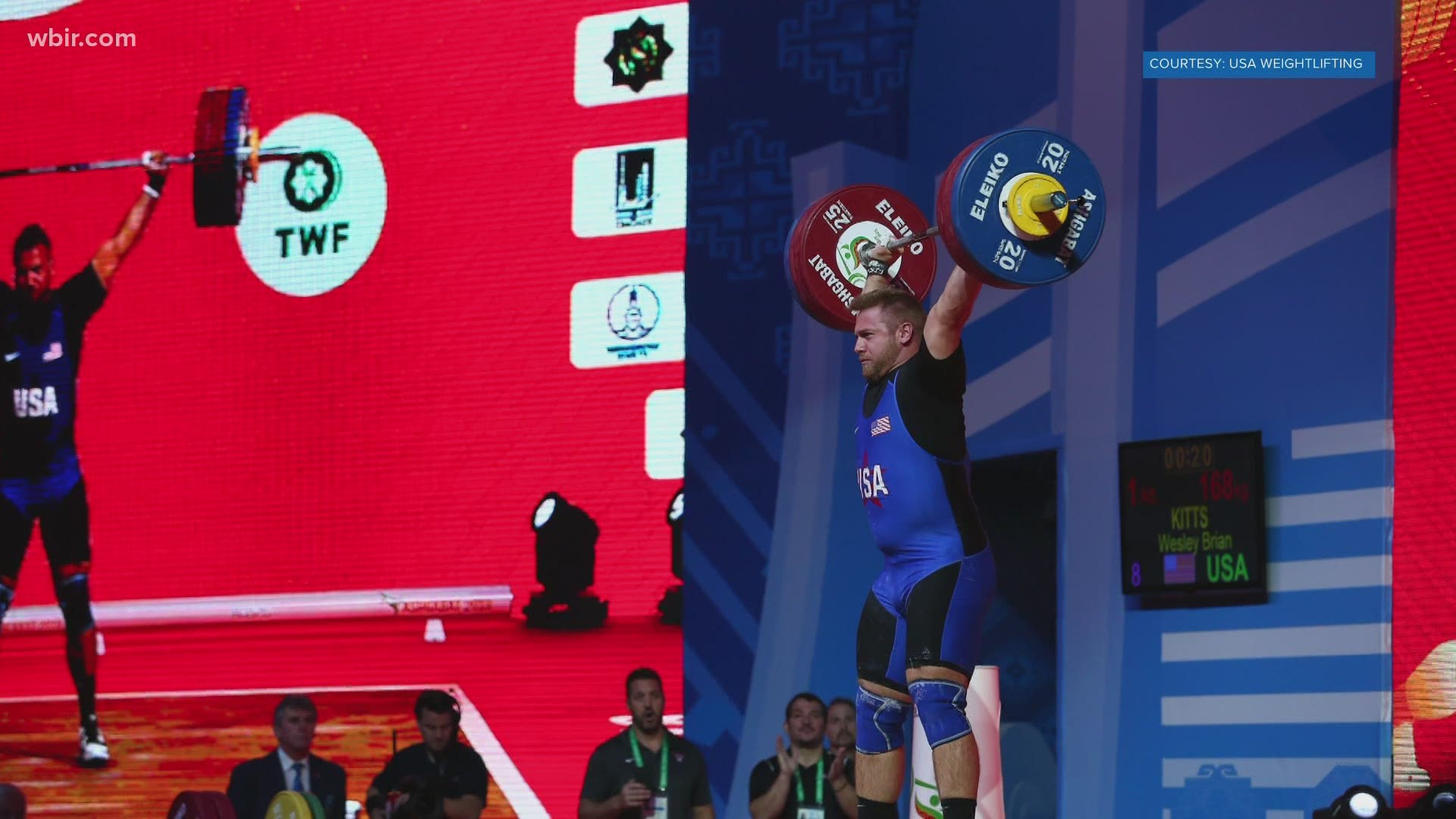 KNOXVILLE, Tenn. — According to USA Weightlifting, Wes Kitts entered the Olympic Games Tokyo 2020 holding two of the American records in the men’s 109kg, and he leaves with all three.

USA Weightlifting nominated Wes Kitts of Knoxville to represent the U.S. in Tokyo. He was one of four men and four women selected for the team, which is expected to be approved by the United States Olympic & Paralympic Committee.

At his Olympic debut Tuesday in the Tokyo International Forum, Kitts placed eighth of 14 lifters with a total of 390kg.

Starting with 173kg in the Snatch – 3 kilograms higher than any of his openers in prior international competition – Kitts had a good first lift.

His opening lift in the Clean and Jerk was 213kg – 2 kilograms more than his past openers in international competition, which Kitts missed.

He came back soon after to make 213kg in his second attempt, then closed out his Olympic competition with a missed third attempt of 220kg.

Kitts’ eighth-place result in Tokyo is his highest placement at a global competition.

“It wasn’t until after qualification for the Olympics in 2016 that I it dawned on me that I even had the potential to go to the Olympics. I moved out to California to pursue weightlifting. Being a part of Team USA is a huge honor, and I’m in amazing company. It’s what we’re all doing this for,” said Kitts.

Experts agree that Team USA Weightlifting has the opportunity to win multiple medals and have its most successful Olympic Games in generations.

"In sending our largest team since 1996, Team USA has already made history,” USA Weightlifting CEO Phil Andrews said. “These 8 athletes have proven their resilience continue to train throughout the year delay, our job now is to give them unrelenting support as they look to deliver each of their Olympic moments in Tokyo, en route to potentially our best Olympic Games in 61 years.”