Yes, TWRA says cougars and alligators are migrating to the state, but none so far in East Tennessee

All of the confirmed sightings of alligators and cougars have been in West and Middle Tennessee. 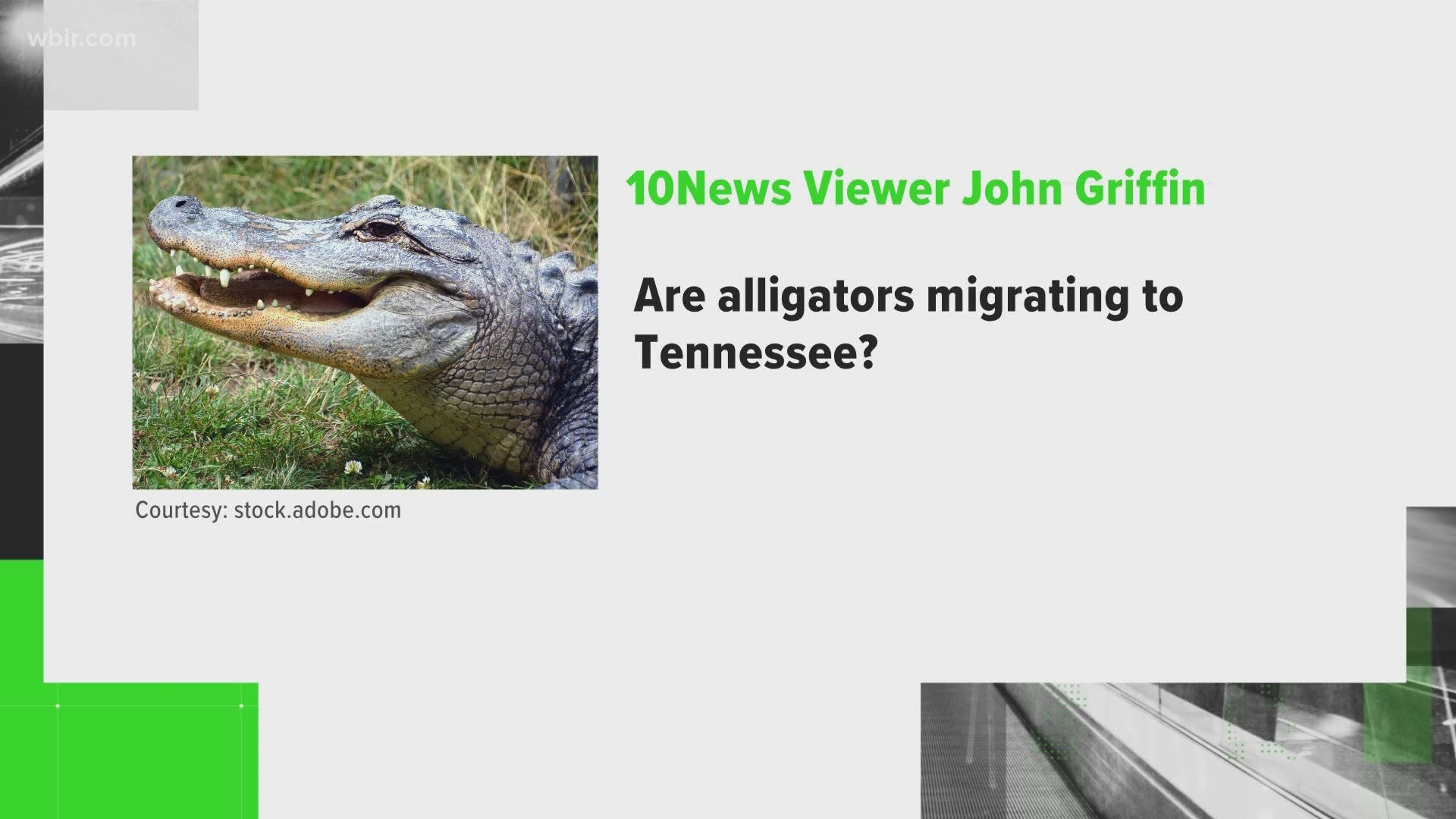 TENNESSEE, USA — Tennessee is home to all kinds of wonderful wildlife and in the past few years, those animals now include some non-native species and those that disappeared from the state a century ago.

In its latest hunting and trapping guide, TWRA included a reference to both alligators and cougars expanding their territories to Tennessee:

In 2018, TWRA released a video of a seven-foot alligator spotted at the Wolf River WMA in Fayette County. There were several other confirmed gator sightings in that same area during that time.

According to TWRA, all of the confirmed gator sightings have been in the extreme southwest part of the state. It's likely the reptiles are migrating from Mississippi, where there is a well-established population of alligators.

Alligators are not migrating to East Tennessee, though a four-foot gator was captured in Madisonville in 2018. Officials believe it was someone's pet. In addition, several Caiman crocodiles have also been spotted in East Tennessee. They look like small gators and are also likely pets that have been released.

The Eastern cougar was native to Tennessee but disappeared from the state in the early 1900s. That subspecies of cougar is now extinct. However, TWRA has confirmed a cougar subspecies considered a cousin of Tennessee's native cat has been spotted in Tennessee 10 times.

Despite that, you will hear many native East Tennesseans say that cougars or mountain lions have long lived in the "hills and hollers" of this part of the state, though wildlife officials have never found any evidence to confirm that.

TWRA said it's easy to mistake other cats for cougars, especially in photos from trail cameras.

"Many photos turn out to be other animals caught in a position in which they look like a cougar. Often perception in a photo can be distorted, making house cats and bobcats appear cougar-like. Coyotes and large dogs are also often mistaken for cougars,"  according to TWRA's website.

The best evidence is physical--- finding hair, tracks or scat samples that could be analyzed to confirm what animal they come from.

And in case you were wondering, there are no hunting seasons for alligators or cougars, though if a wild animal is threatening your home or property, you can defend it.