Officials with the Great Smoky Mountains National Park said they found Fred Braden Jr., 56, Wednesday after he was reported missing the day before. 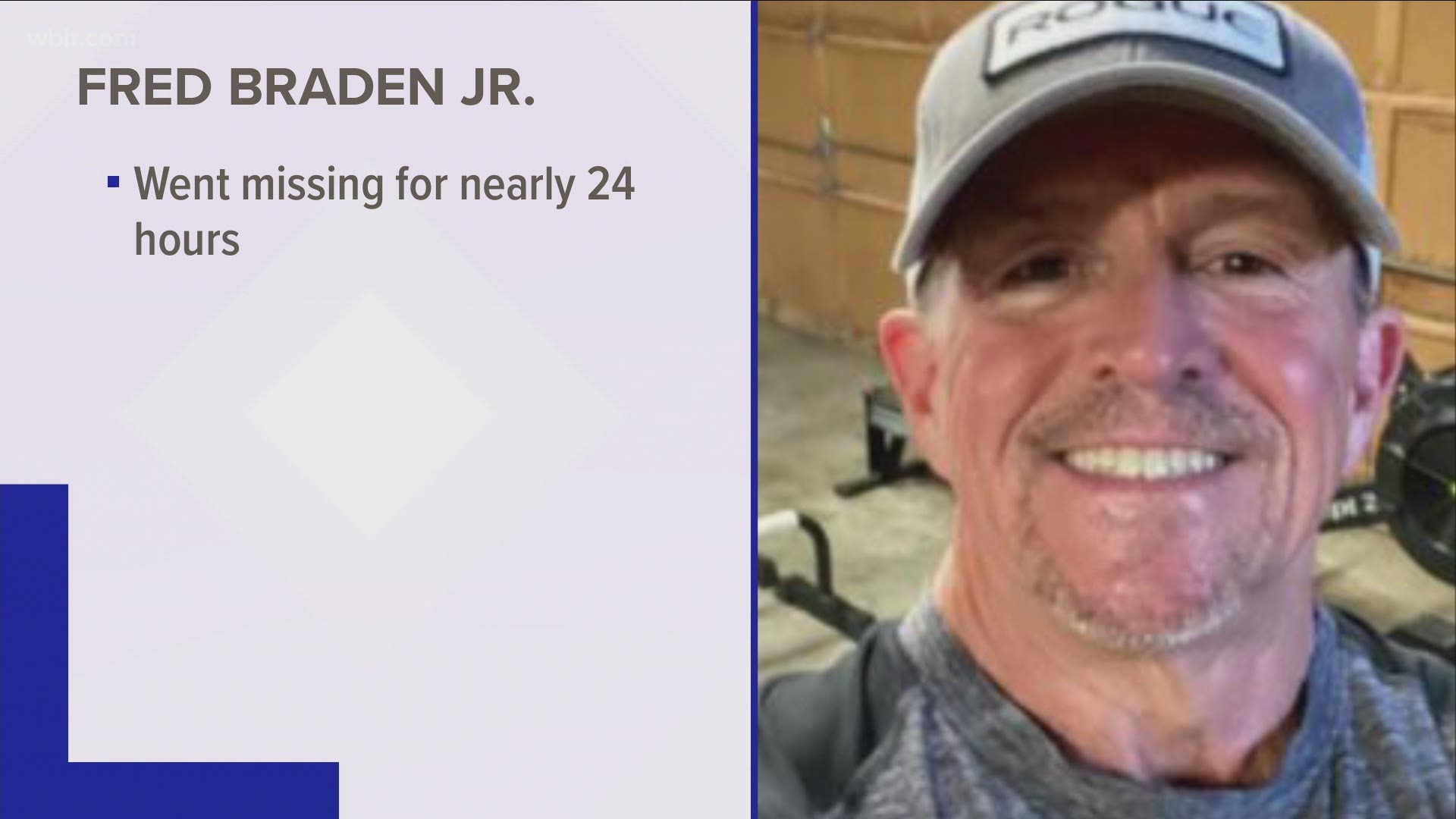 KNOXVILLE, Tenn. — The Great Smoky Mountains National Park is a big place, encompassing around 522,427 acres of trees, rivers and wilderness. It's easy to get lost in it, according to one hiker who spent a night in the woods trying to get back home.

Search and rescue crews found Fred Braden Jr., 56, on Wednesday after he was reported missing. They said that he did not have any major injuries from his overnight stay in the backcountry.

On Thursday, he posted on Facebook about his experiences getting lost on the trail. Originally, Braden Jr. said he planned on hiking Middle Prong but heard there was bear activity in the area. So, he said he decided to make a right and travel a different trail.

After hiking a while, he said he crossed a creek several times before he realized he was off the trail. He said he decided to follow the creek, hoping to see someone else or find the trail again.

Eventually, he said he met a fisherman who gave him some directions.

"In hindsight, I should have simply asked him if he cared if I waited on him so we could walk out together," Braden Jr. said.

Fred Braden
My one and only "prelost" shot.

He said he tried to follow the directions, but realized he would need to make plans to spend the night in the Smokies. He found a spot to sleep and dragged fallen logs over to create a windbreak, and to keep away predators long enough for him to fire shots at them, he said.

The next morning, rains started pouring and he started following the creek further down. He said the fisherman told him to follow it if he couldn't find his way back. However, he said that he slipped and fell on his back onto a rock in the water while approaching it.

"At this point, I simply cried out to God and asked him to guide me," Braden Jr. said.

He said that he got out of the creek and within 10 minutes found a water bottle that fell out of his backpack the day before. He said he knew he was on the right path after finding it and started trying to make noise so he could be found.

Eventually, he said that he heard rangers making their way towards him. They told him about their search for him and walked him out of the woods to waiting family members.

"I am sharing this because several people have expressed a desire to know what happened," he said. "I cannot possibly thank everyone for their genuine concern. The prayers, messages and kind words will be forever cherished!"