How to spot poison ivy and other irritating plants around Tennessee 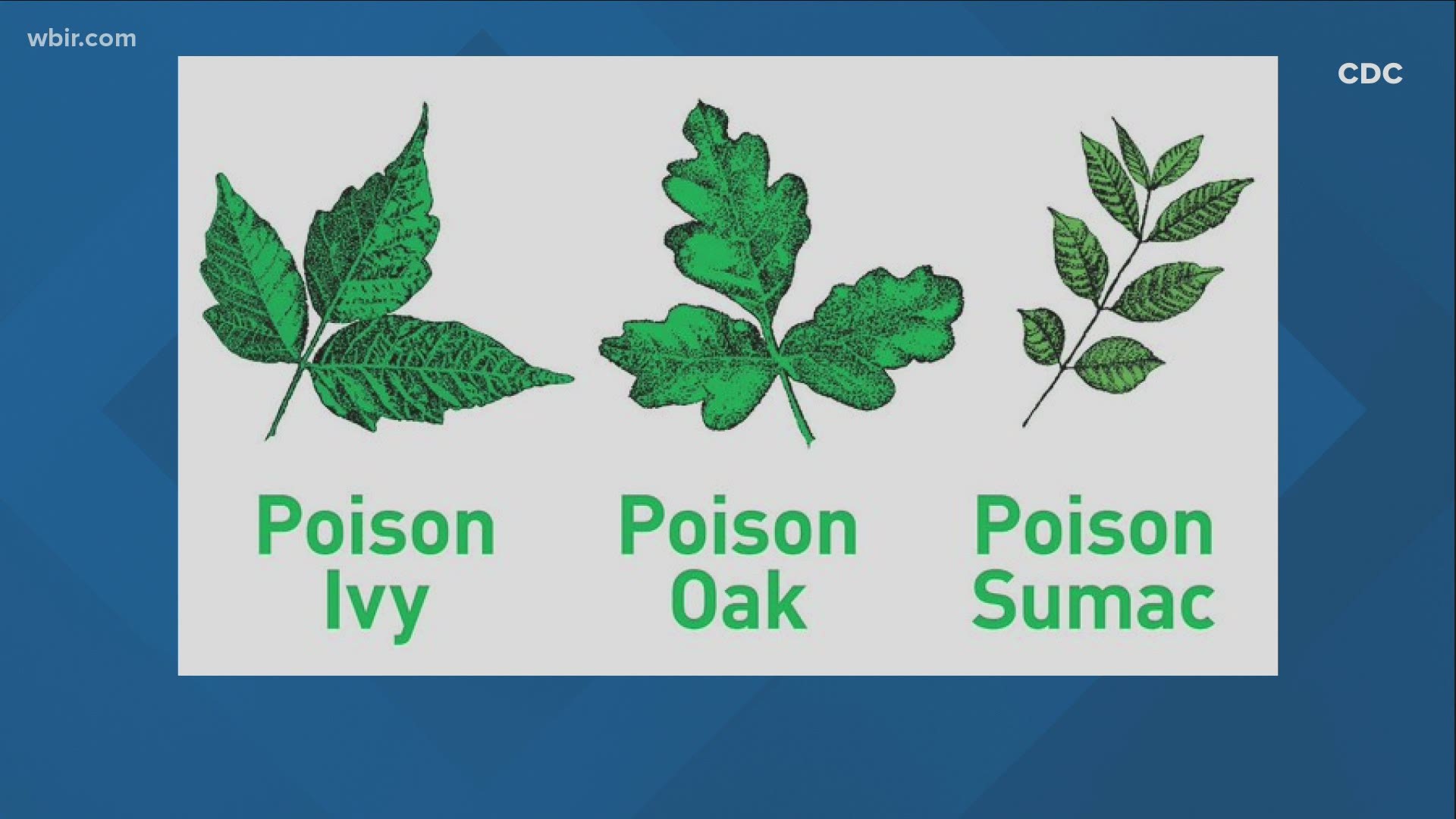 TENNESSEE, USA — Leaves of three, let it be!

That phrase is an old adage, but it has helped people identify plants they should stay away from during the summer. Plants like poison ivy usually grow with only three leaves per stem, with oil on the leaves that can cause different kinds of reactions.

Usually, those reactions are just irritating. The oils may cause itchiness or breakouts, but sometimes they can cause severe rashes. Burning poison ivy can also cause difficulty breathing.

So, officials from the Great Smoky Mountains National Park and the Centers for Disease Control are urging people to stay on the lookout for poison ivy, poison oak and poison sumac. The plants are common around Tennessee.

Poison ivy usually grows in a ropelike vine with three green leaves that bud from one stem. They can turn red in the fall, and may sometimes look like tree branches.

Poison oak typically grows like a shrub and also has three leaves per steam. The leaves look similar to oak leaves but can cause reactions in people, according to the CDC.

Poison sumac is another irritating kind of plant that grows in shrubs around Tennessee. Usually, stems have between 7 and 13 green leaves arranged in pairs. They usually grow in an oval shape with a sharp end, and the plant may also have glossy or cream-colored berries, according to the CDC.

While touching the leaves from these plants can cause a reaction, people can also break out if they touch something else that has oils on it, such as a pet or their clothes.

To reduce irritation and treat reactions from the plants, the CDC said people should rinse their skin with rubbing alcohol, dishwashing soap or detergent. These can help break up the oils. Itching can also be treated with hydrocortisone cream or ice.

Do you know what poison ivy looks like? (Hint: Count the leaves; one of these photos is Virginia creeper, which has five...