As the weather warms up, more mosquitos may come out. The Knox County Health Department regularly traps and tests them for diseases. 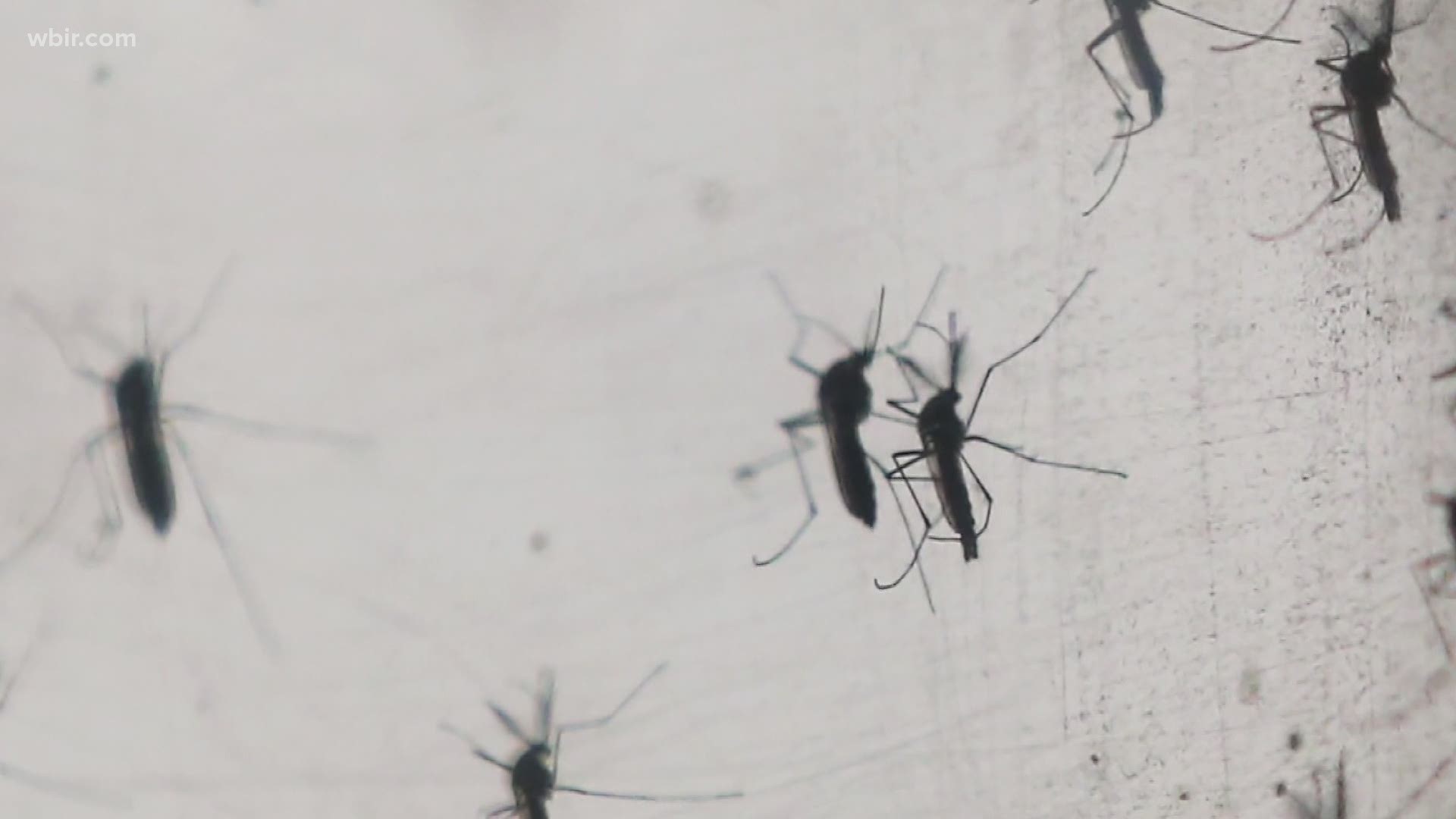 KNOX COUNTY, Tenn. — Warmer weather has arrived in East Tennessee. It has brought blue skies, gentle breezes and most of all — mosquitos.

People can enjoy the great outdoors over the spring and summer knowing that the Knox County Health Department is working to protect them from diseases carried by those pests. Public health workers trap and test mosquitoes weekly for West Nile Virus each year as the weather warms in the spring.

Birds such as blue jays, crows and robins are also monitored for signs of West Nile Virus.

From March until the first frost, officials also use larvicides in areas with standing water to prevent the mosquito population from growing.

A mosquito can go through its life cycle in around 14 days. During that time, they go through four stages: an egg, a larva, a pupa and finally, an adult mosquito. They usually die after about a month of being born.

The Knox County Health Department said that some people can tend to attract mosquitos more than others. Some cologne, perfume and body lotions and attract mosquitoes. Health officials also said dark-colored clothing can be more attractive to mosquitoes.