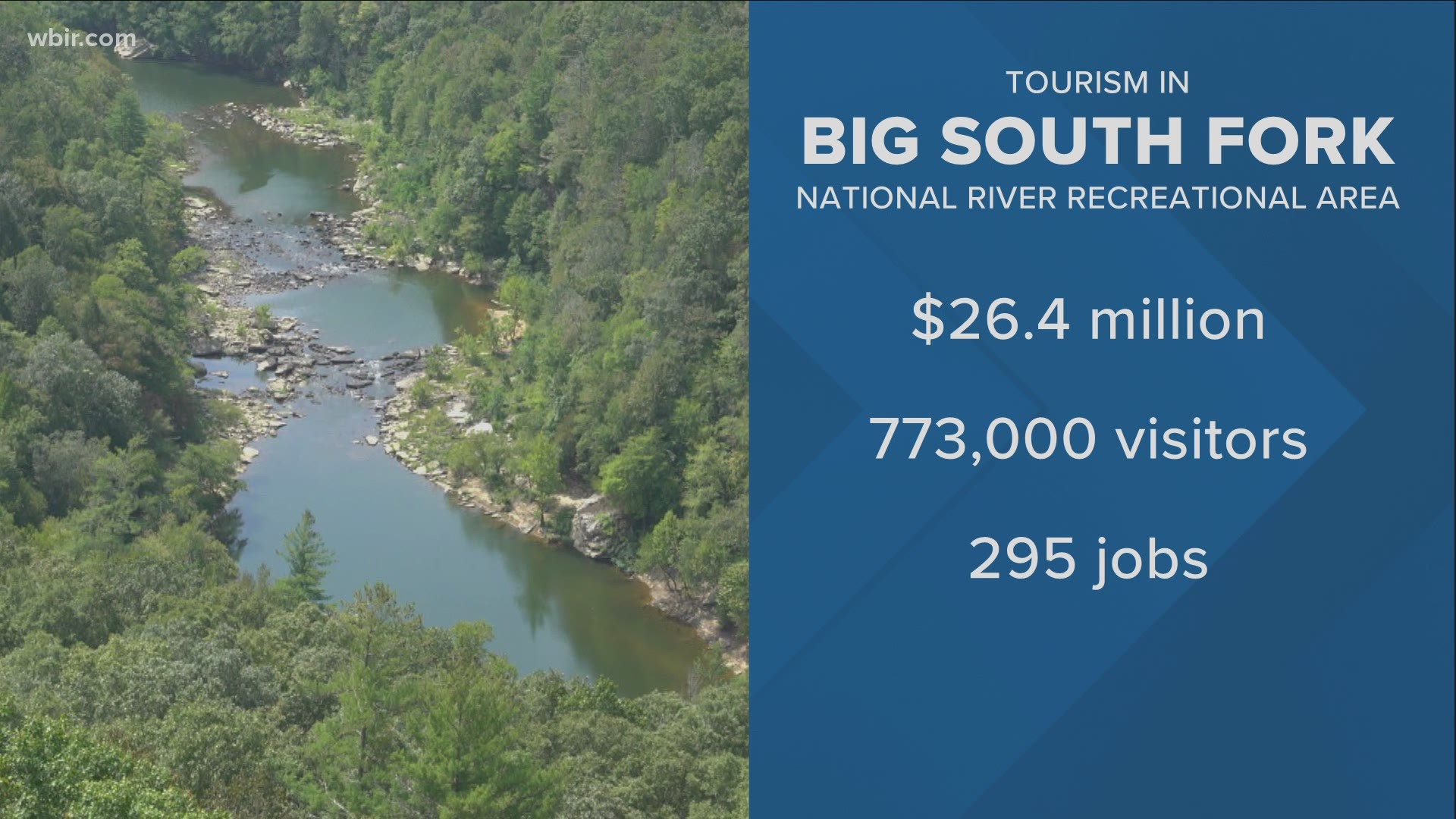 ONEIDA, Tenn. — National parks in East Tennessee are helping local communities rake in some extra cash, according to the U.S. Department of the Interior.

They said tourism to the Big South Fork National River and Recreation Area brought $26.4 million to East Tennessee communities in 2020. Around 773,000 visitors spent their cash at businesses near the park last year, according to a report from officials. They said tourism supported 295 jobs in the area.

Federal officials said they have been working to increase access to Big South Fork and bring in more visitors. They also said the park is also featured as a way to introduce tourists to the region and its unique culture.

Big South Fork stretches through several East Tennessee communities including Morgan, Fentress and Scott counties. According to officials, it encompasses 125,000 acres in the Cumberland Plateau.

Across the U.S. 237 million visitors traveled to National Park Service sites in 2020, spending $14.5 billion in nearby communities. There are 423 national park sites across the country, according to a release from officials.

Most money was spent on hotels and restaurants, according to the National Park Service. Around $5 billion was spent on lodging while visiting national parks.