The Tennessee Valley Authority is working with the University of Tennessee to make the RiverLine project a reality. 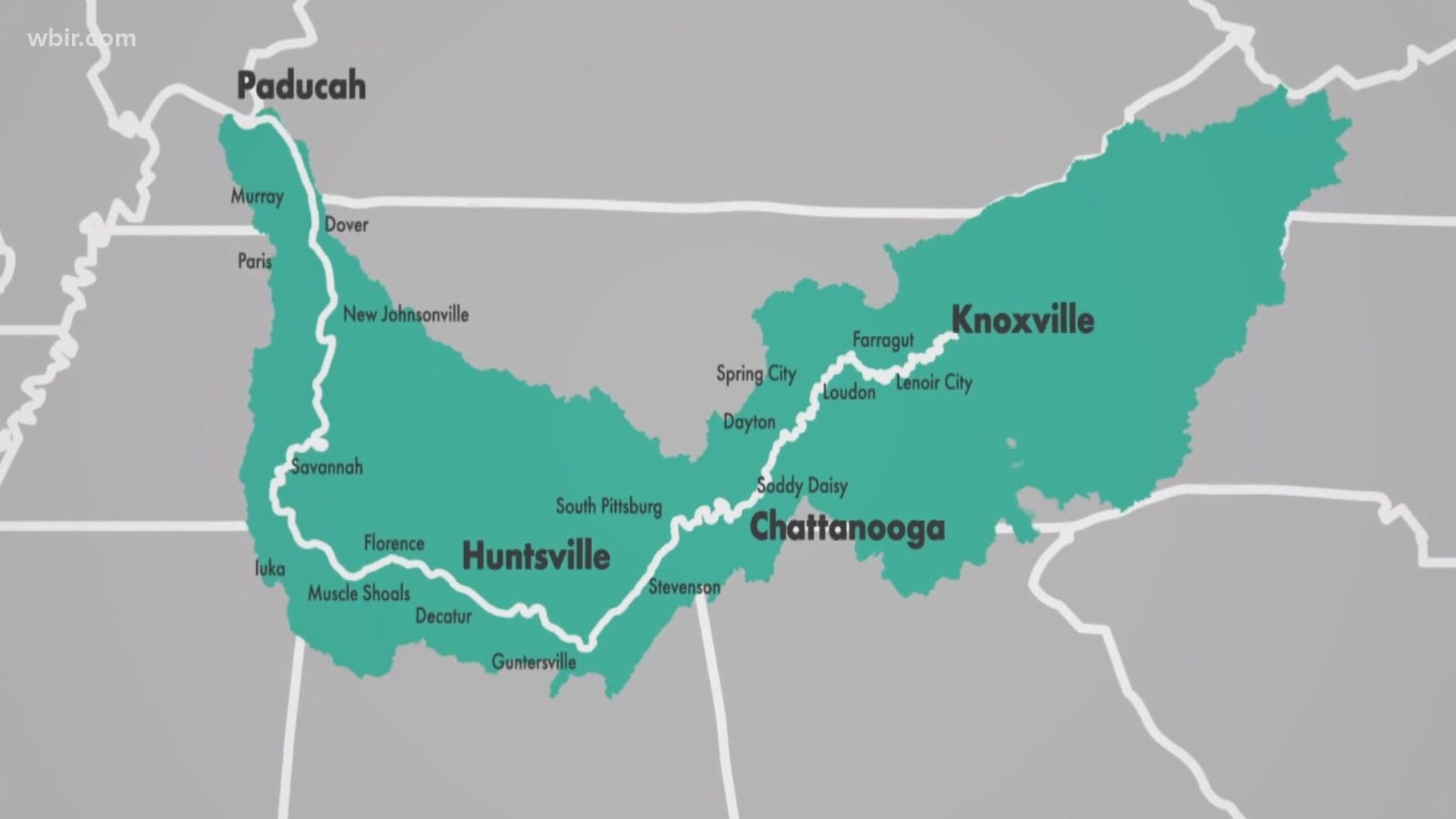 UPDATE FRIDAY: The University of Tennessee and the city of Knoxville officially launched the Tennessee Riverline project on Friday.

The 652-mile system of trails connects Knoxville to Paducah, Ky., along the Tennessee River system.

It will provide paddling, hiking and biking along the full length of the river.

Friday's event was at Suttree Landing along Fort Loudoun Lake in South Knoxville.

"All the communities from Knoxville to Paducah are going to be connected economically, recreationally, and I think it's important to understand that this is good for our health," Knoxville Mayor Indya Kincannon said. "This is good for our economy. People are coming to Knoxville for good jobs but they stay for the quality of life."

The vision is that the Riverline will  benefit citizens in communities along the river in Tennessee, Alabama and Kentucky.

UT Knoxville and the Tennessee Valley Authority are principle partners in the project.

PREVIOUS STORY: Tennessee may soon have a new recreational trail system that can bring explorers all across the state.

The Tennessee Valley Authority partnered with the University of Tennessee to make the RiverLine project a reality. Officials announced Tuesday that they would commit $1.2 million to the project over the next three years.

“TVA has been supporting the RiverLine since soon after it was established in 2016,” said Rachel Terrell, TVA Natural Resources Public Outreach manager. “This is part of TVA’s commitment to making life better for the people of the Tennessee Valley, by boosting public health, economic investment and environmental stewardship all along the way.”

Today, we share another historic moment for @tnRiverLine. @TVAnews joins @UTKnoxville as a Principal Partner in the @tnRiverLine. TVA's elevated commitment of a $1.2 million investment will accelerate the progress of our shared regional vision.

Officials said they expect the project to bring economic, social and environmental benefits for towns and cities along the river, according to a release. Trails will provide opportunities for hiking, biking and for on-water experiences.

The system is expected to run from Knoxville, Tennessee to Paducah, Kentucky. More than 60 students from UT were involved in the trail system's design and planning since 2016.