After a record-low number of deaths in 2019, 2020 recorded the most boating fatalities in four decades, TWRA said. 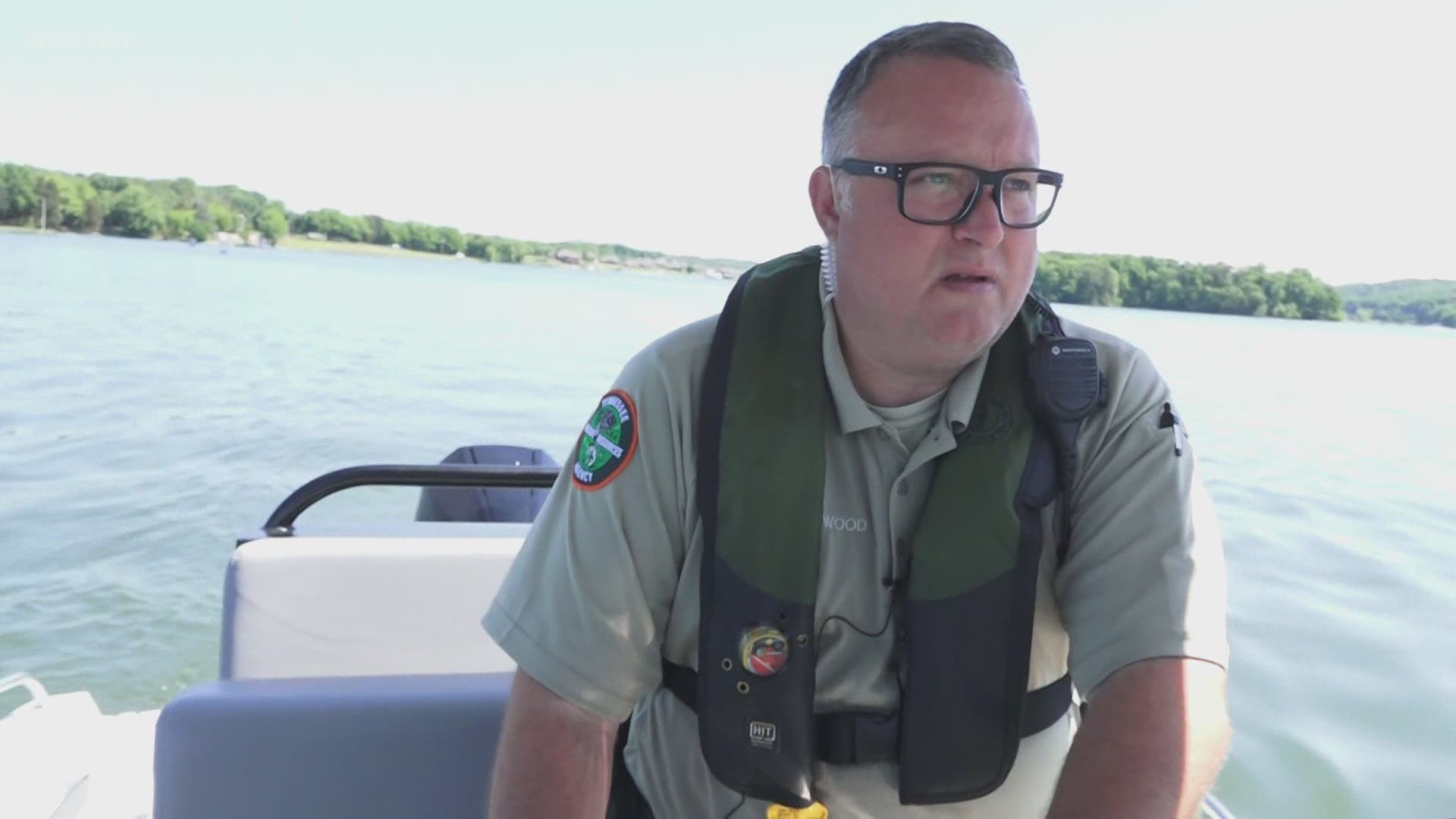 The Tennessee Wildlife Resources Agency reported a "noticeable increase" in boat traffic over the past year, and it falls to officers like Chitwood to make sure all those boats follow the rules.

"One of the main things I look for is kids not wearing life jackets," he said. "Anyone who is 12 and under has to have a floatation device on any time the boat is underway."

It's taken on a new urgency after a deadly 2020 on the water. TWRA recorded 32 deaths last year—the most in nearly four decades. Already this year, eight people have died on Tennessee waterways.

"That’s why we’re out here, I guess, trying to slow everyone down," Chitwood said.

It's not just speed Chitwood enforces, though he said not following 'no wake zone' rules has been a problem lately.

He also educates boaters on state laws around swimming at marinas (you can't), slowing down for TWRA officers making a stop (no wake zone for 100 feet around patrol boats with blue lights on) and fishing downstream from dams (very dangerous).

"When you’re operating a boat, you’ve got to keep your head on a swivel," he said.

Many accidents happen around boat docks where people start and end their days on the water, Chitwood said.

TWRA offers boating information courses, which cover state laws and best practices everyone on the water should follow.

"I always try to tell people if you’re in a hurt, the lake is not the place to be," Chitwood said.