The video has been shared thousands upon thousands of times. 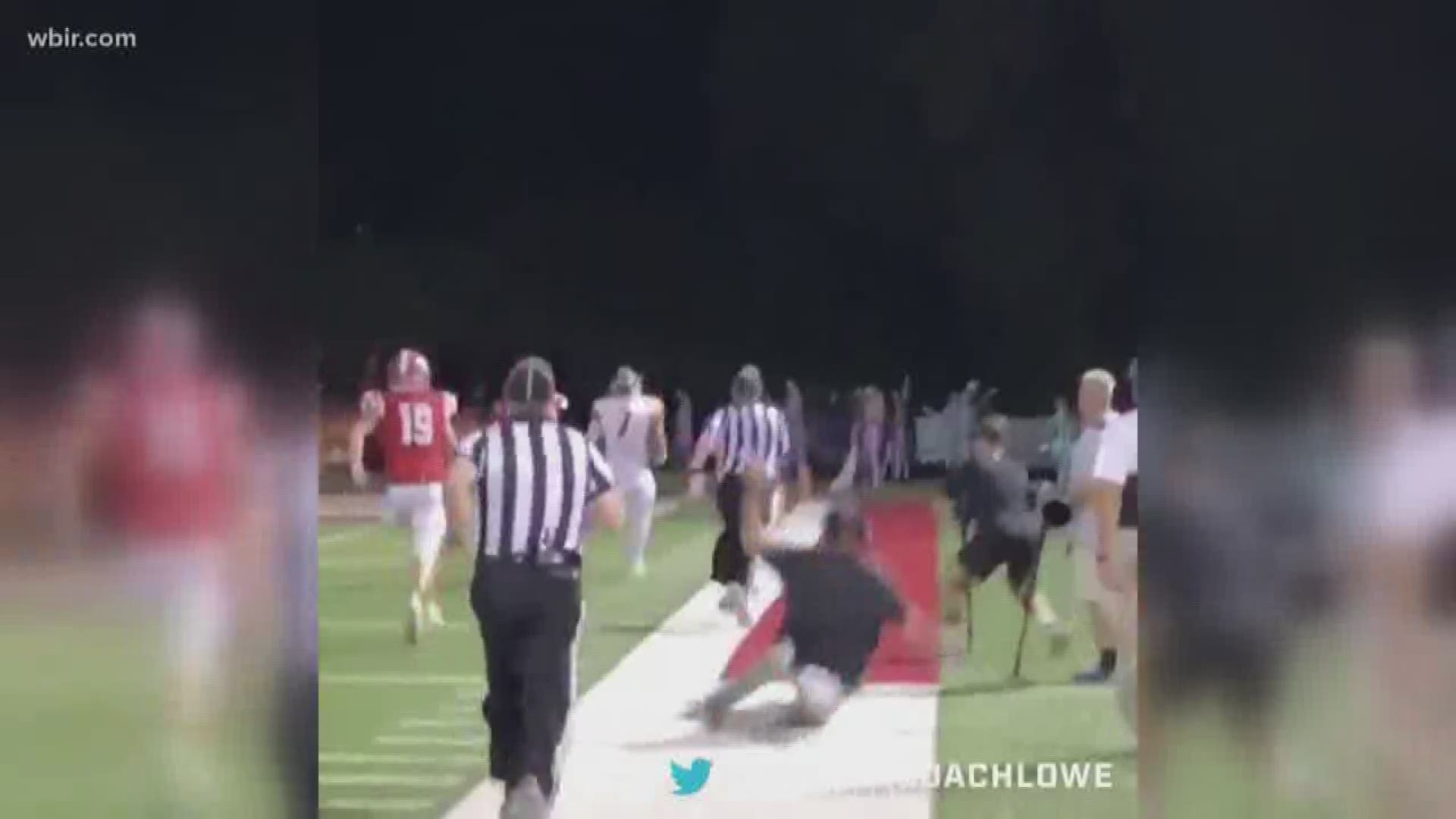 KNOXVILLE, Tennessee — Powell got a big win on Friday against rival Halls to move to 6-0, but the Panther with the most attention this weekend was head coach Matt Lowe. During the game on Friday, his twitter account sent out a video of this touchdown run from junior Jordan Brown. It's pretty business as usual... until the very end.

There's a lot to love in this video, but the sideline slide really stands out. A whole lot of sports publications seem to agree.

The video has been shared thousands of times, racking up more than one million views! Lowe tells Channel 10 he thinks his new internet fame is funny, but his daughters, Erica, Lizzi and Linni, think it's pretty cool.