PREVEW: Kentucky vs. No. 18 Tennessee 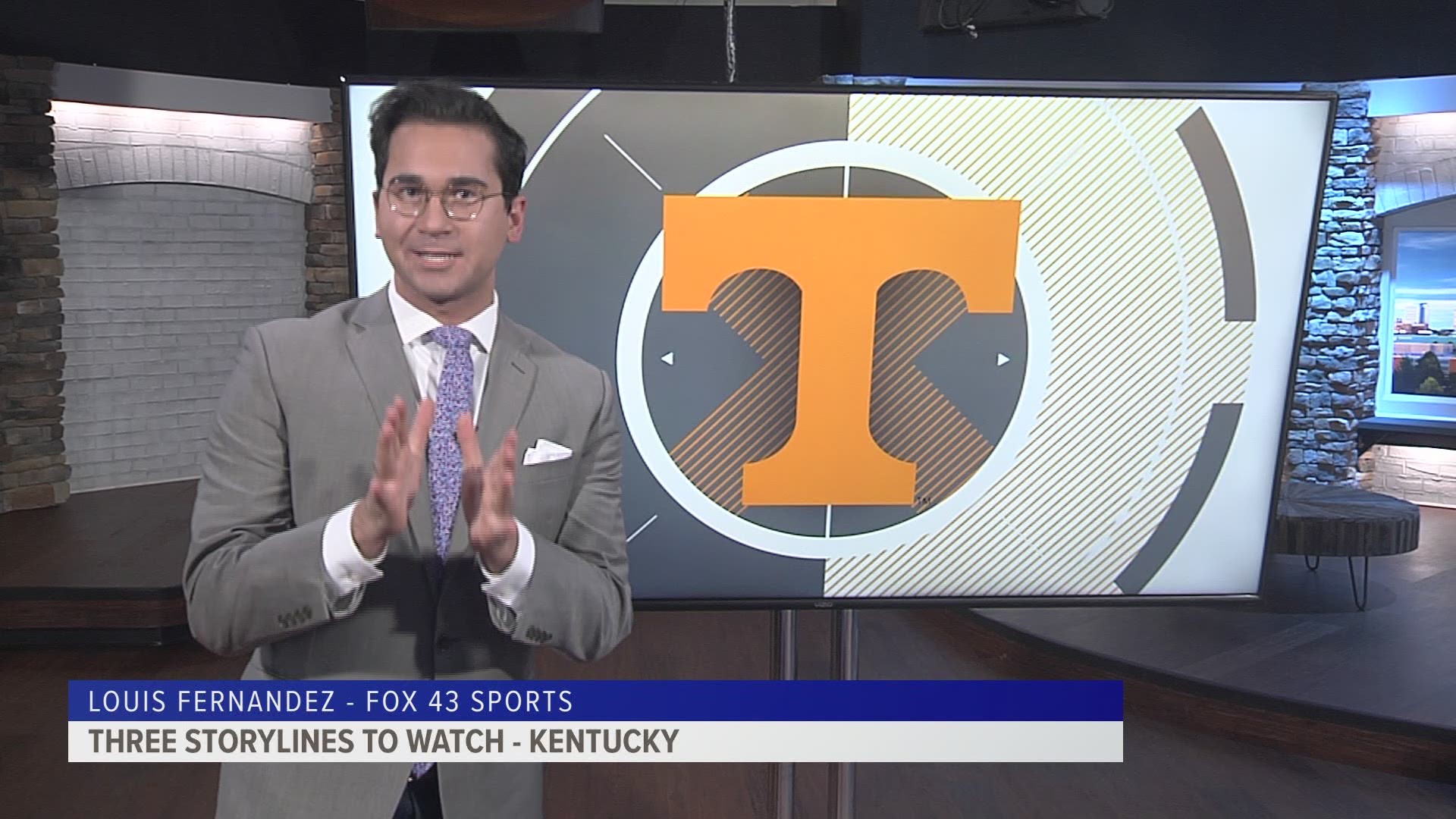 KNOXVILLE, Tenn — On Saturday at noon, Tennessee and Kentucky will meet to play football for the 116th time. It's the most times the Vols have played any opponent.

If Tennessee wins in Neyland Stadium, it'll be the 86th win against the Wildcats. It's the most times the Vols have beaten any opponent.

No. 18 Tennessee (2-1) and Kentucky (1-2) are coming off of a loss and a win respectively. The Vols collapsed in the second half against No. 3 Georgia, while Kentucky grounded the Air Raid offense at Mississippi State, beating the Bulldogs 24-2.

Kentucky has proven in recent years to consistently play sound, fundamental football. It's the kind of recipe that keeps games competitive and beats teams that makes too many mistakes.

Kentucky likes to run the football. It likes to run the football a lot. 213.67 yards per game is tops in the SEC. The Wildcats can be explosive as well, averaging 5.67 yards per run, which is second in the conference. Three players have run the ball 30 times or more for Kentucky: Terry Wilson, Christopher Rodriguez Jr and Asim Rose. The former is the team's quarterback and leading rusher.

Terry Wilson missed most of the 2019 season with injury. Now, he's back for the Wildcats, but the results are a mixed bag. Through three games, Wilson is completing 61.3 percent of his passes for 463 yards, two touchdowns and an interception. He's averaging just 6.17 yards per attempt, which is on the shorter side. Wilson's running however plays a big part in Kentucky's offense. When it comes to the Wildcats catching the ball, it's mostly Josh Ali. He accounts for nearly 40 percent of the completions for Kentucky. As a whole though, Kentucky can struggle to complete passes, dropping the ball 13.3 percent of the time.

RELATED: Pruitt: No black jerseys for the KY game, but they could be an option in the future

RELATED: Need to know: The changes you will see in Neyland Stadium

The Wildcat defense presents a bit of a conundrum: it's hard to put your finger on. Kentucky allows just 83.33 rushing yards per game, second in the conference behind only Georgia. Holding a team like Mississippi State to just two points (none coming on offense) is a very impressive feat, but Tennessee doesn't run the Air Raid offense. Kentucky is struggling to apply pressure to opposing offenses as well, adding just five sacks this season. Kentucky's 3.62 percent sack rate is the worst in the SEC. Against the Bulldogs, Kentucky picked off the ball six times, which would lead you to believe this team is good at causing turnovers, however, in the previous two games, Kentucky didn't force a single turnover.

Tennessee still has a streak or two to hang its hat on after losing to Georgia last week. The Vols currently have a 5-game home win streak. During that stretch, Tennessee is outscoring opponents 154-60. UT has also won nine of the last 11 games, its only losses coming on the road to No. 1 Alabama in 2019 and on the road against No. 3 Georgia last week.

Tennessee is 81-25-9 all-time against Kentucky. Since 1984, the Vols have won 33 of 35 games against Kentucky. The last time the Wildcats beat Tennessee in Neyland Stadium was Nov. 24, 1984. This was the No. 1 song in the country at the time, just for perspective.

The game starts at noon on Saturday, you can watch it on SEC Network. Follow along with WBIR and WBIR Sports throughout the afternoon with all the latest information and analysis before, during and after the game.